Monday, June 28 was mine and Paul's 17-year anniversary! Hard to believe it's been that long, and that number makes me feel really old. But hey, time flies when you're having fun. We decided to celebrate on Sunday the 27th since we were both off work. We typically do anniversary dinner at one of a couple places, followed by drinks and pool at Newby's (the bar we met at in 2004). This year, we returned to one of our favorite date night restaurants — Seasons 52. Sure, it's a chain, but they offer a vegan menu, and it's much fancier than our usual ramen takeout. 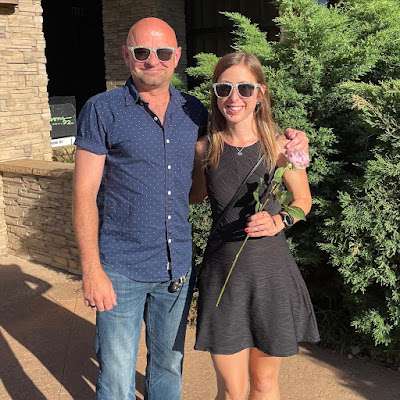 Seasons 52 is great about adding special touches for special occasions. When we told our server it was our anniversary, she asked if we wanted a complimentary champagne toast. Of course we did! 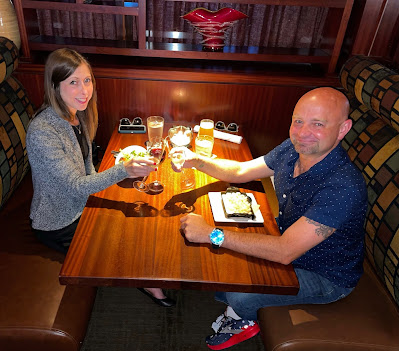 I started with the Field Greens Salad, which is topped with a fantastic, crunchy almond granola. 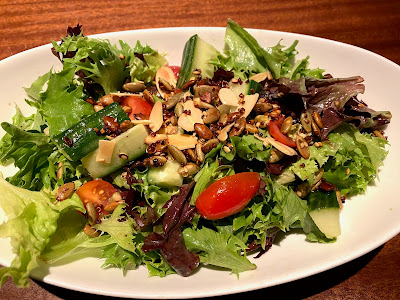 And for my main, I went with the Brick Oven Vegetable Gnocchi. Gnocchi was actually the vegan special on our last anniversary date at Seasons 52 in 2019, but they changed up the veggies and sauce. This was more of a ratatouille-inspired gnocchi. Really yummy! I love gnocchi! 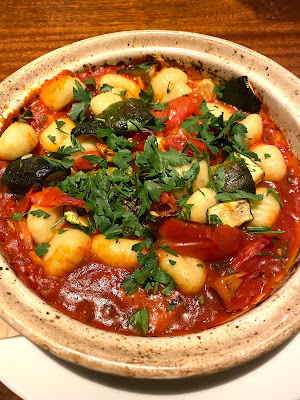 Next, we went to Newby's for a game of pool and some beers. Paul and I met at Newby's over a game of pool on beer bust night way back in 2004 (when I was just 23 and he was 24!). We always get a pic of us holding the balls that represent the anniversary year. 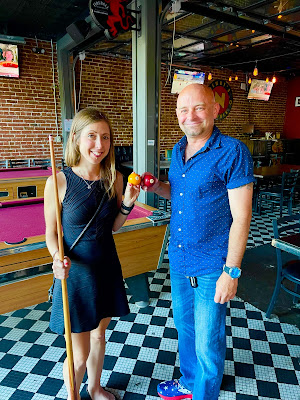 On Monday night (our actual anniversary), we both got home around 7 pm. Paul worked until then, and I had a gym class that ended around that time. We changed into jammies and had a late candlelight dinner of Spaghetti with Mushrooms and some overpriced chardonnay we'd been saving for a special occasion. 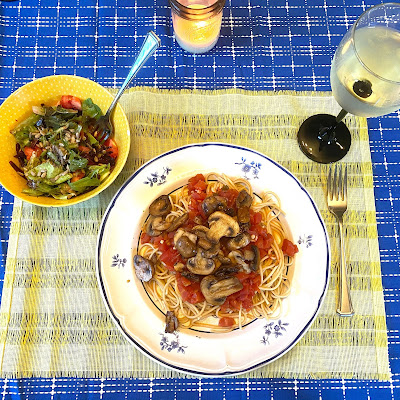 Happy anniversary! You are so perfect together and all that food is amazing! Too bad they did not offer any vegan desserts.

FUN!!! Congratulations! 17 years is a loooooong time. That dinner at Seasons 52 looks amazing- I had no idea they had such good vegan options.