Let's start with the Pea Protein Grounds. These are vegan beefy crumbles, and they're made with wheat gluten, potato starch, and pea protein. They have a little seasoning from herbs, but they're unsalted, which I was a bit surprised by. And then I realized, you know what? Animal-based hamburger grounds aren't seasoned either. The whole idea is that you can season it how you want! So I sauteed some grounds with garlic and added some Dale's steak seasoning (a very Southern liquid seasoning that's kind of like soy sauce) and added them to a homemade spaghetti sauce. Perfect Spaghetti Bolognese for my pre-race meal the night before my last half-marathon. 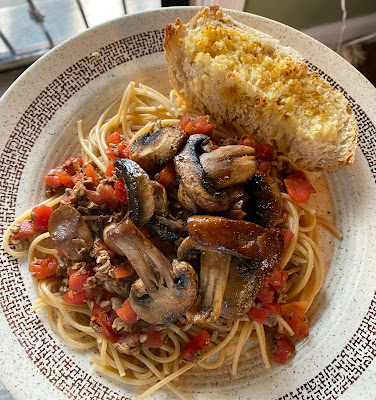 The texture reminds me a little of TVP. The grounds are really small, so you don't have to worry about biting into big chunks. As much as I like the taste of those Beyond crumbles, they are a bit too chunky. I really liked these smaller crumbles. 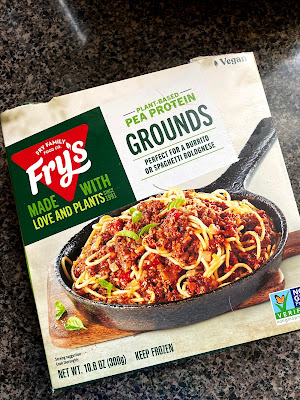 The box makes a ton, so I had leftover crumbles to make a Hamburger Pizza with vegan mozz shreds and homemade tomato sauce on a personal crust. These would also be great in tacos or burritos. 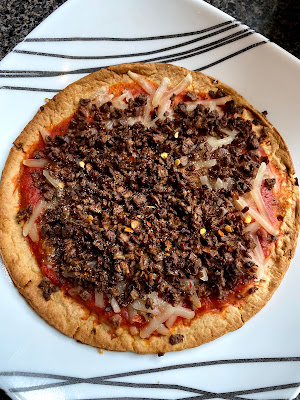 My fave of these two products though were the Breakfast Links. These teensy little sausages are just so cute! 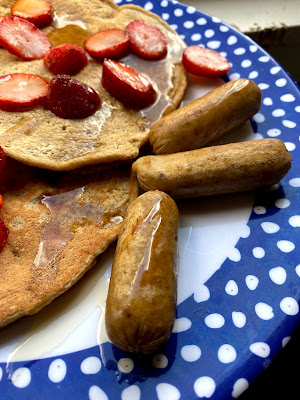 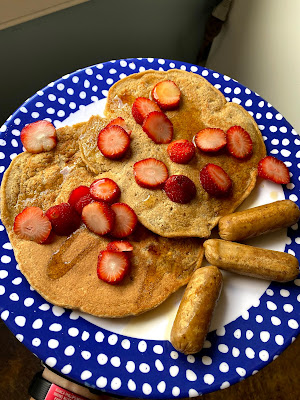 They're made with vegetable protein, wheat gluten, potato starch, and smoky sausage seasoning. The texture was similar to a Field Roast-style sausage rather than the ground sausage-style pressed links I've had from other companies. I really liked that! They were perfect with gluten-free oat-chickpea pancakes one Sunday morning! And yes, I had gluten sausage with gluten-free pancakes! HA! 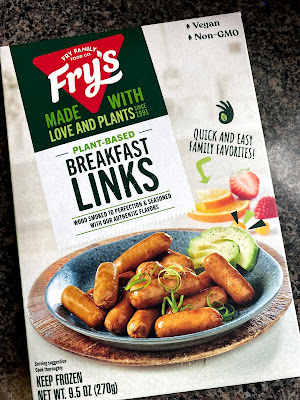 Two more winners here from Fry's Family Foods! I really liked both! The Grounds were so versatile, and the texture of both products was spot on.

I don't know how I missed this post, but I really want to try those breakfast links. I also really like Field Roast style sausages- they sound really tasty.