They say with running, you need to find your "why" — that reason that keeps you motivate to train and strive for faster paces or longer distances. I have a lot of whys, but one of those whys is DONUTS. I run for donuts. It's true.

And last Friday was National Donut Day, so of course, I celebrated with lots of donuts! Imagine Vegan Cafe was offering a Donut Burger special — Beyond burger patty stuffed between two donuts with their house-made special burger sauce, tomato, and lettuce. They've offered this before, and I got it then too. I was really excited to have this again! I love savory-sweet flavor combos. 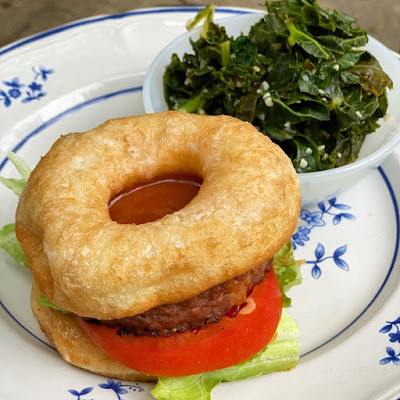 I also pulled a Darling Donuts King Cake Donut out of the freezer. When I order Darling Donuts — Memphis' awesome vegan donut delivery service — I always freeze a few for emergencies. Darling wasn't offering donuts until Saturday, so I had to rely on my stash. 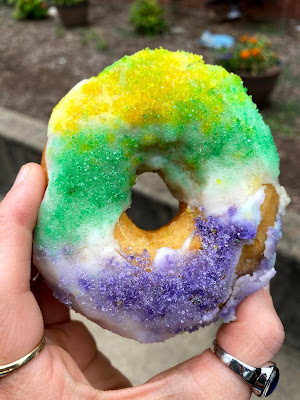 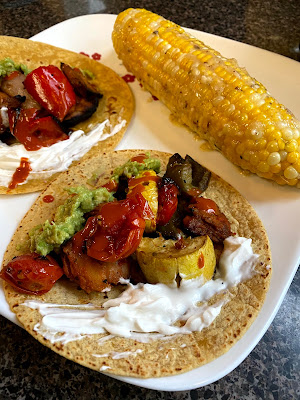 And finally, here's a fun wine find! We found this RAW vegan wine at our neighborhood liquor store. It's not actually raw wine (is that a thing?), but the RAW stands for Really Awesome Wine. And it was! This was organic and vegan (it says vegan on the bottle!). It's semi-sparkling, so it's very light and summer-y. I'm typically a red wine drinker, but I could drink this all day. The bottle had a flip cap attached so you can re-seal and save the bubbles, and you can re-use the bottle later. I'm saving it for my homemade booch! 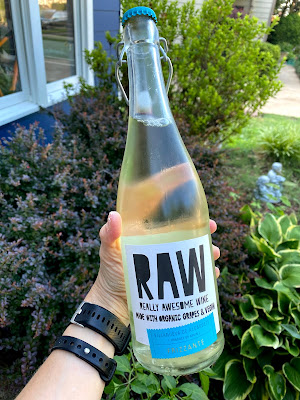 Love your posts on indulgent food! So jealous of that Imagine donut burger, I am planning on recreating it. When you write your next cookbook, pls.include some decadent recipes.

Although a donut burger does not sound appealing to me - I am glad you got to get your donut day on in style. Some tasty looking food and the RAW wine sounds like a lot of fun!

Although a donut burger does not sound appealing to me - I am glad you got to get your donut day on in style. Some tasty looking food and the RAW wine sounds like a lot of fun!

If my knees wouldn't shatter into a million pieces, I would definitely run for doughnuts too! A worthy thing to motivate you!