What I Ate the Day Before the Little Rock Marathon 2020

I ran the Little Rock Marathon this past Sunday! And I got a big PR! I shaved 14 minutes off my previous best marathon time, which I think is in large part to my 50K training (the 50K is in 3 weeks). But I'd also like to think my fueling helped too. Tonight, I'm posting a rundown of what I ate the day before the race. And tomorrow night, I'll share a race recap.

On the Saturday before the race, I woke up early and had a big bowl of Rolled Oats with Peanut Butter & Fruit. I added dried cranberries to the oats as they cooked and then topped with blueberries, banana, and hemp and flax seeds. I like to stick with high-carb whole foods the day before a race. 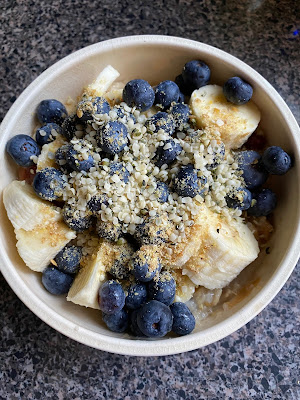 After breakfast at home, I loaded up my car and headed to Little Rock (about a 2-hour drive from Memphis). I knew I'd be stopping at the race expo before lunch to pick up my race bib and do some shopping so I packed a snack — Peach Banana Smoothie with flax seed, cashews, and spinach. 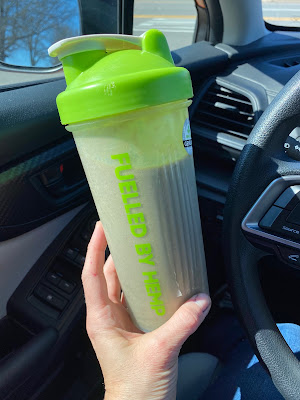 I spent quite a long time perusing items for sale at the expo and finally settled on a tee that says "I Just Wanna Run Fast and Pet Dogs" and some new Swiftwick socks. By the time I was done there, I was famished! But I knew I needed a healthy salad, and the best place for that is the Whole Foods salad bar. That's about a 20-minute drive west from downtown Little Rock, but my BFF Sheridan lives out that way anyway, so off I went. Here's my big ole salad! 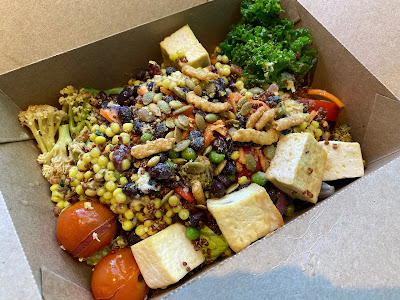 That was a late lunch, but it hit the spot. My formula for pre-race day is always Oats/Salad/Smoothie or Juice/Pasta Dinner/Beer (but just one!). I was totally planning on having that one beer, but when I got to Sheridan and Drew's, they were more in the mood for kombucha.

So I forwent tradition and picked up this Brew Dr Love kombucha (with calming lavender and chamomile) instead. We sat by the fire in their backyard and sipped on booch. 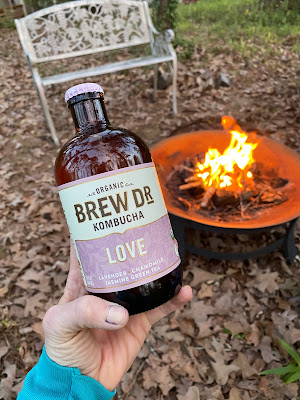 Afterward, Sheridan cooked us a big pasta dinner. We had whole wheat pasta with Gardein beefy marinara, mushrooms, and bell pepper, plus some vegan parm on top and garlic bread on the side. I believe a little quick-digesting white bread is good the night before a race! 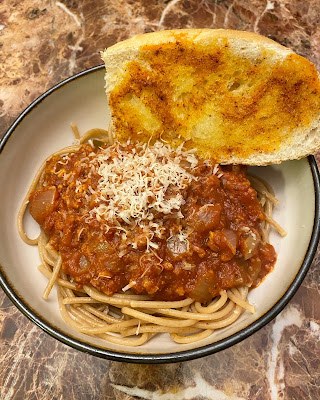 I'll check back in tomorrow with a race recap!
Posted by Bianca at 9:00 PM

Congratulations!! I love to see all the progress and healthy food!
Dr. Brew now has an island mango booch and it's out of this world!