Last Thursday, our local pig sanctuary — Pigtopia — hosted a screening of The Last Pig, a documentary that follows one pig farmer's journey to give up animal farming, at Crosstown Arts (where I work).

I had the chance to visit Pigtopia, which is currently home to 25 rescued pigs, earlier this year for a freelance story I wrote for Edible Memphis. You can read that piece (and learn more about Pigtopia) here. I'm always down to support anything they do, and I wouldn't miss have missed this film for the world! 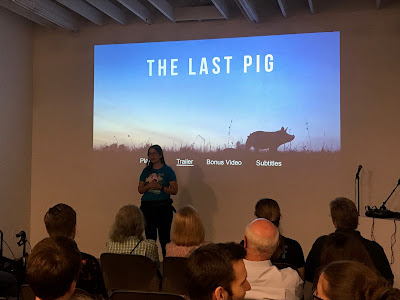 I met up with a few friends there — Jen & Simon and Nicole & Vaughan. And of course, the house was packed with the who's who of the Memphis vegan community! Pretty sure I knew most people there! 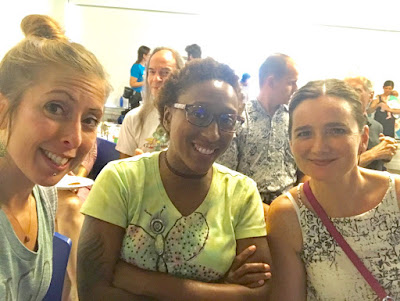 Also, Imagine Vegan Cafe was there with free food! They've been so supportive of Pigtopia from the start. 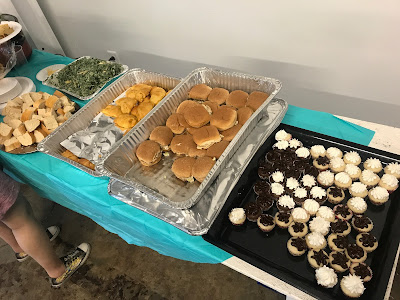 I loaded up a plate with a little of everything — Vegan Rotel Cheese Dip, Spinach Artichoke Dip with Crostini, Vegan Chicken Salad Sliders, Vegan Mac & Cheese Rolls (like pigs in blankets but with mac inside!!), and Mini Cupcakes! 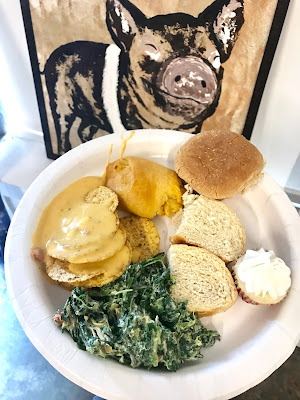 Pigtopia had a little benefit art sale going on as well, plus they were selling buttons and stickers. Attendees could sign up to sponsor a pig for $15 a month. 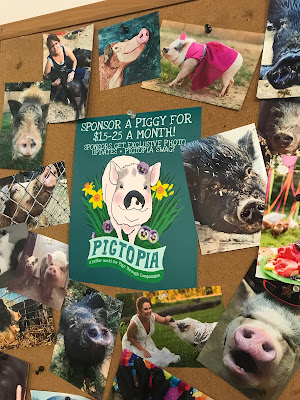 As for the film, it was heart-breaking but very tastefully done. The film follows farmer Bob Comis, who had been farming pigs on a small free-range farm in upstate New York for years. At the beginning of the documentary, Bob seems pretty okay with what he's doing (and he's doing way better than factory farms). But by the end, he's evolved to understand that the pigs he slaughters are no different than his faithful dog, who follows him around the farm. He eventually gives up pig farming in favor of vegetable farming, so there's a happy ending.

But viewer be warned: There are some very sad scenes from the slaughterhouse. You don't see graphic violence, but the violence is implied when you see the stressed-out pigs in the corral, waiting for slaughter, or the blood on the floor of the kill room. In one scene, Bob leads each pig, one by one, into the kill room. The camera focuses on the last pig waiting to be led to his death, and he's visibly stressed out, his tongue wagging in a pant.

How anyone can kill a sentient being for the fleeting pleasure of a meal is truly beyond me. I'm so grateful for farmers like Bob Comis, who after killing 2,000 pigs finally realized he was murdering sentient, intelligent beings. And I'm grateful for Memphis' own Pigtopia!
Posted by Bianca at 6:00 PM

Sounds like a beautiful but heart wrenching film. I am so glad that people are out there making the connection. I hope this film inspires more people to do so.

Wow, the film sounds so powerful. You said it perfectly: I don't understand how anyone can kill a sentient being for the fleeting pleasure of a meal either. That is amazing that Bob is making the change and that Pigtopia exists. The event itself looks like a wonderful gathering for an amazing cause and Imagine definitely came through with a delicious spread.

I'm tearing up just reading your description of the movie. I'm very happy he had such a wonderful change of heart.
Imagine really did come through!!!