I've been eating some delicious food over the past week. So much so that I thought for a second that maybe I should chill out a little and get some more whole foods in me. But then I thought, meh, life is short! Eat it up!

My favorite thing lately is pizza. I've been eating way more pizza than usual, and I'm a-okay with that. I made a Sausage & Veggie Pie at home using some Lulu's Baked Cashew Mozzarella, homemade Italian seitan sausages, bell peppers, black olives, mushrooms, and red onions. Perfection! I was sad to see this go. The crust is my go-to recipe from Vegan with a Vengeance. 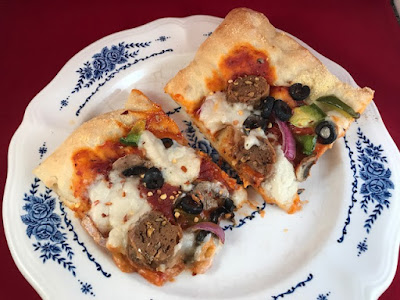 Speaking of Lulu's Baked cashew cheese, I used the last of it in a Grilled Cheese, and it was hands-down the best grilled cheese I've ever had. The bread — locally baked from Curb Market — was buttered with Lulu's Baked Unsalted Vegan Butter. I was craving veggie soup too, and I didn't have many fresh veggies to cook with that day, so I dumped a can of Veg-All and some fire-roasted veggies together with some veggie broth. Instant veggie soup! 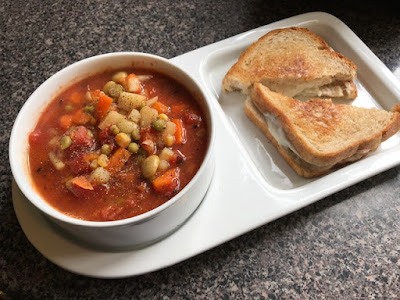 Today for lunch, I had the Vegan Burger from Farm Burger at Crosstown Concourse. This burger joint is part of a small chain, and they carry vegan patties at some locations. Unfortunately, Memphis is not one of them. They only have a vegetarian patty here, BUT they had a catering order this week, and vegan burgers were requested. So they made some! And they had leftovers! I had to try it as I've been bugging them to add vegan options since they opened. This was an excellent patty made with quinoa and veggies and fried to perfection. I topped mine with roasted garlic, pickled jalapenos, red onion, lettuce, and tomato. 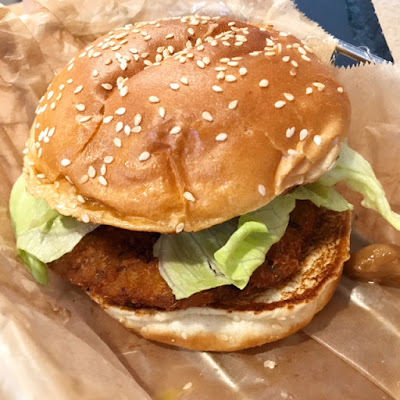 Also from Concourse — Lemon Sorbet from Area 51 Ice Cream. This scoop shop typically has one vegan sorbet on offer, and I like to try them when I can (though I have to resist eating it daily since they're just downstairs from my office). Enjoyed this with Susan after lunch one day. Lunch dessert! 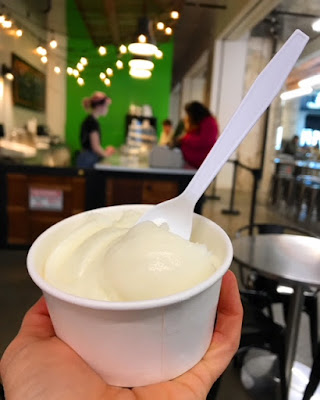 Have y'all tried the new vegan Doritos yet? They're good! Not as good as Spicy Sweet Chili but still tasty. I snacked on some on the drive home after my race on Sunday. Very spicy! 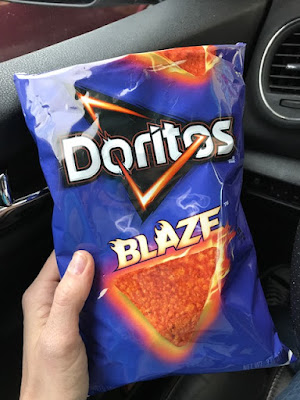 I also recently tried the Kite Hill Greek Almond Yogurt. So good! I've never had dairy Greek yogurt, but this sounds more like what it should be like. Thick and tangy. Some of the other vegan Greek yogurts are just really sweet. I had the vanilla with Bee-Free Honee, raspberries, and granola. Plus some Hilary's Eat Well Spicy Sausage on the side. 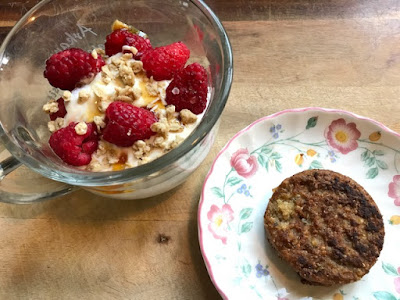 Oooh you certainly have been eating well this week! Everything looks so delicious and now I am craving grilled cheese! The soup looks amazing with it. I've been craving real pizza lately too. I have never made my own pizza crust but I think the time has come ;)

The pizza and grilled cheese with soup look so amazing!! I would have never thought it was that easy to make homemade veggie soup! I love lemon sorbet so much, so refreshing!!
I tried the Blaze Doritos. I wanted to like them because I love spicy but I never liked the original Doritos and the blaze ha that original Doritos taste, just spiced up.

New doritos that are vegan! Ahhh! I need to try- at least once!