I'm back to running again! As you may know if you've been following my occasional whiny posts over the past eight months, I've been suffering from a hellacious case of runner's knee. For months, it seemed like even the physical therapy exercises I was prescribed weren't working. And honestly, I still have knee pain when I squat or do lunges or walk up stairs. But it doesn't hurt when I run for now. And I've been taping my knees with KT tape.

For me, part of the joy of running comes in the form of my post-run smoothie. I experiment with different protein powders from time to time. But my fave has always been (and probably always will be) Vega. It's stevia-sweetened and made with high-quality vegan plant protein. I typically use Vega One, which is loaded with all kinds of vitamins, minerals, protein, fiber, greens, and omegas after my shorter runs.

But when I start to step up training for a half-marathon (and hopefully a full marathon later this year!), I will start following runs with Vega Sport, which contains a whopping 30 grams of protein per scoop. That's great for post-run muscle recovery. Vega recently released a new formula for Vega One, and now they've released a new Vega Sport formula. 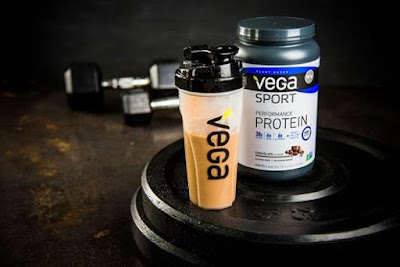 Vega sent me some samples to review. Yay! So I used each flavor — Vanilla, Chocolate, Berry, and Mocha — to create a new recipe. I love each flavor, but vanilla is probably my fave just because it's so versatile for pairing. As always with Vega powders, they blend wonderfully. There's no gritty texture, and they work well to thicken smoothies. One thing to note: For the following recipes, I used a 1/2 scoop of Vega Sport (for 15 grams of protein) because I'm not at a level yet where I need 30 grams. I'll start using full scoops when I get up to 10 miles or so.  Right now, I'm just back at 5K level since I basically had to start over.

If you choose to make the following recipes with a full scoop, bump the plant milk up from 1 cup to 1 1/2 cups. 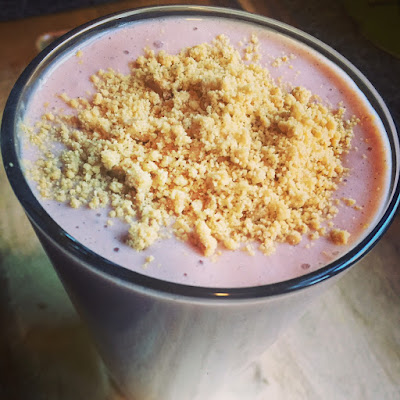 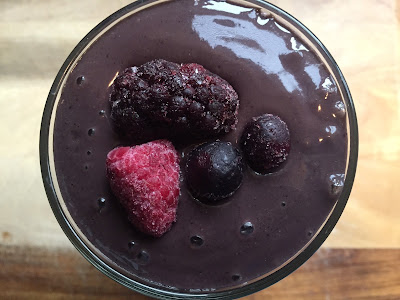 Combine all ingredients in a blender. Blend until smooth. 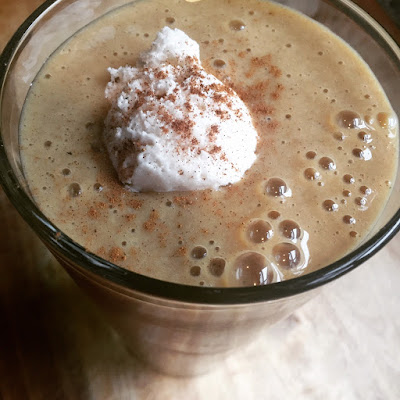 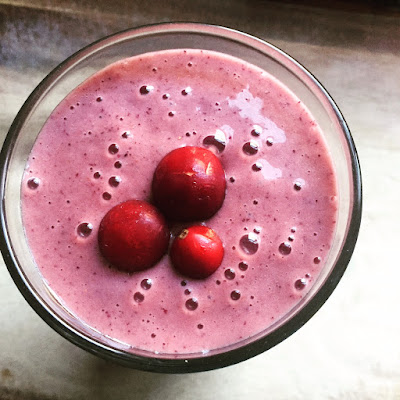 Combine all ingredients in a blender. Blend until smooth.
Posted by Bianca at 10:07 PM

Do you mean plant milk?

Yes, sorry! I just left that word out. It's corrected now.

It's not more protein. It's just a bigger scoop. The previous formula gave you more protein and Glutamine per gram of formula. Having said that, they have reduced the price and in my opinion improved the texture. I like it.