I Toast To You With a Vegan Bloody Mary!

Happy Thanksgiving, y'all! I'll be celebrating the big day with my fam, as usual. My mama and granny make EVERYTHING vegan so I can eat ALL THE THINGS. I am so thankful for my vegan-friendly family and their good cookin'. For the main, I'm trying out the Gardein Holiday Roast this year, and I'll be back here Thursday night with a full pictorial recap of our holiday meal.

And while we're on the topic of Thanksgiving, did you know 2014 is the 20th anniversary of Tofurky? Yep! And CNN did a story about it, and they interviewed me! The story is about the evolution of plant meat and the whole vegan debate over whether or not Thanksgiving requires a mock turkey. I say, yes it does!! Here's the story.

This week also marks the 20th anniversary of my vegetarianism and 10th anniversary of my veganism. Black Friday is the day I officially celebrate, but I made both switches on the day after Thankgiving in 1994 and 2004, respectively. Since I'm 34, that means I've spent the majority of my life not eating meat! Yay! (Omg, there are so many exclamation points in this post ... and more to come!!!!)

I'll have an anniversary post later, but for now, cheers to saving animals this Thanksgiving season! Let us toast with a vegan Bloody Mary! 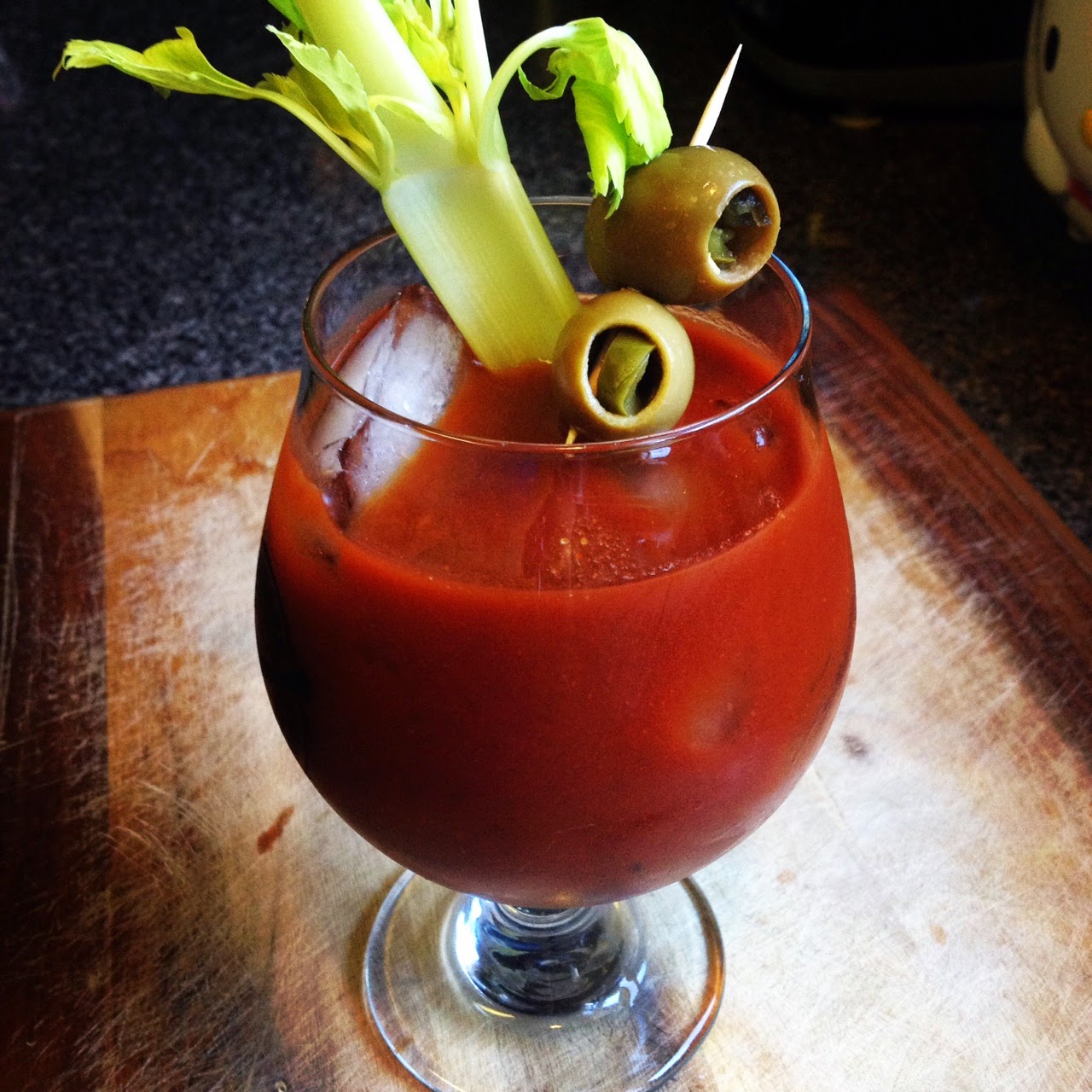 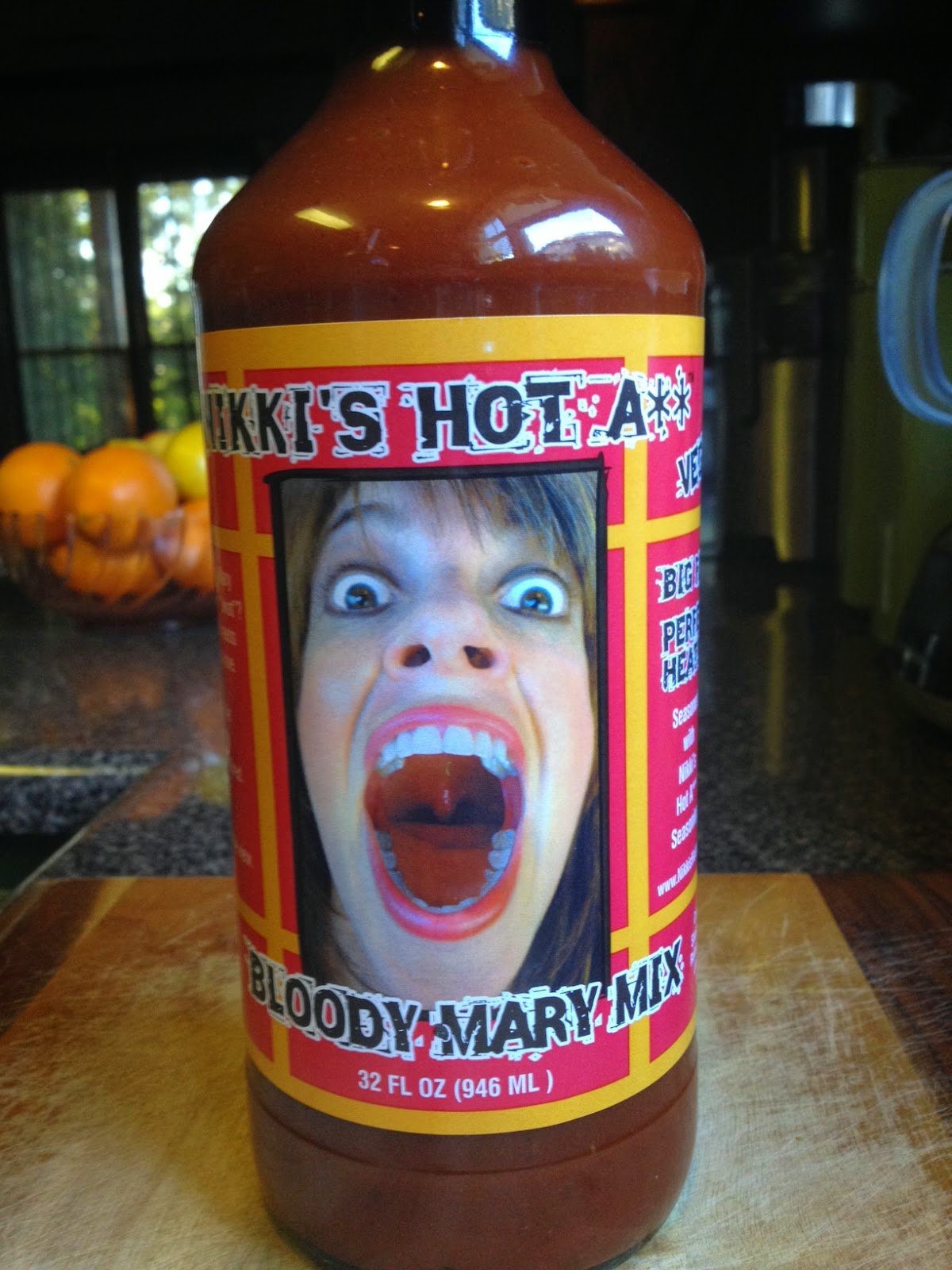 See, it says "vegan" right on the bottle! (Seriously, though, I need to lay off the exclamations). 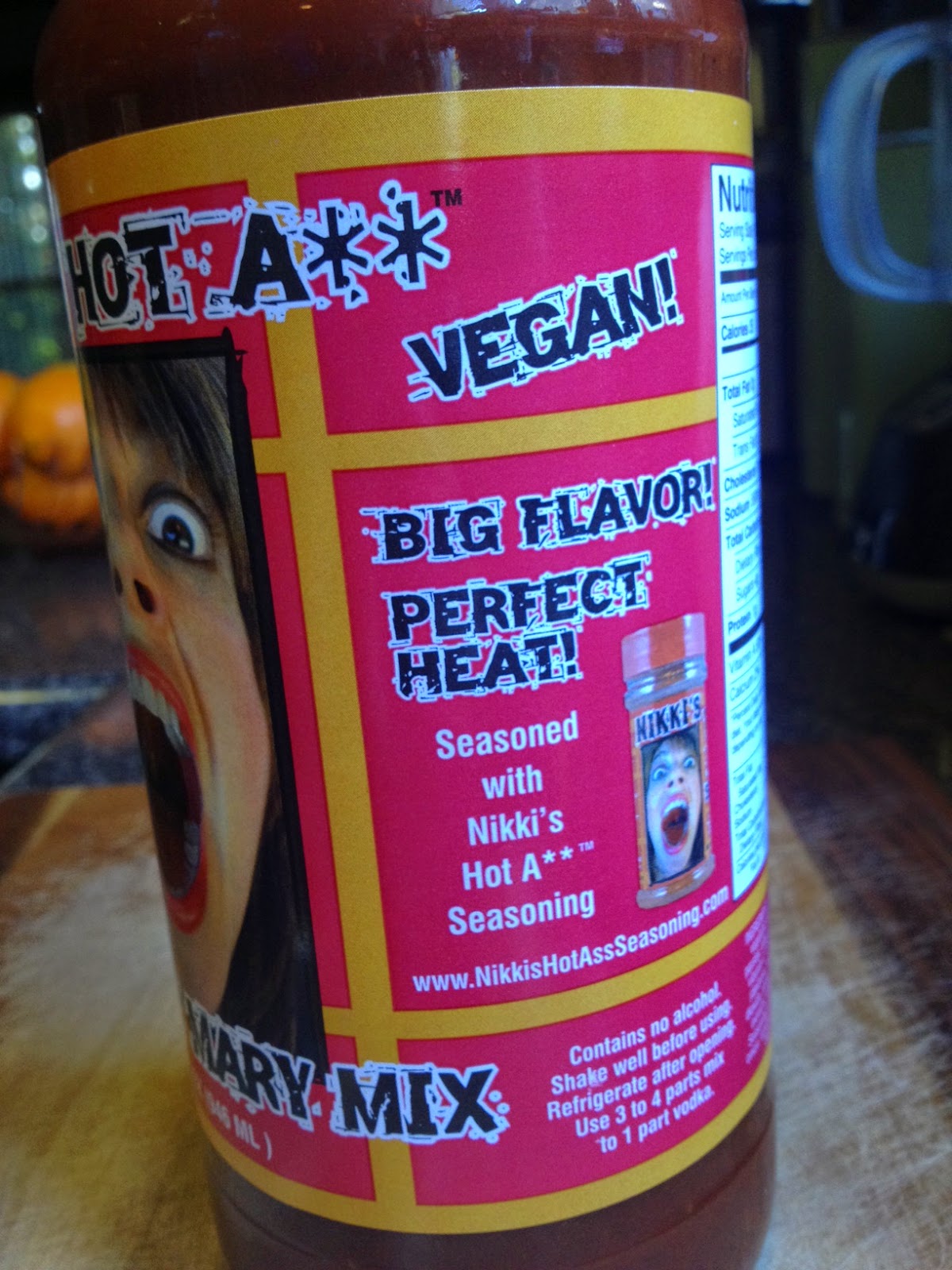 Nikki's is a small female-run company that makes hot-as-hell seasoning salt, potato chips, and now, Bloody Mary mix. It's seasoned with ghost peppers so this stuff does not play. In fact, even I have to water my mix down half-and-half to cut the spice. And I love hot stuff! But that's fine because it makes the bottle last twice as long. The above Bloody Mary was made not only with local mix but also local vodka from Memphis' own Roaring Tiger. I like how both Nikki and the Tiger are making the same face. 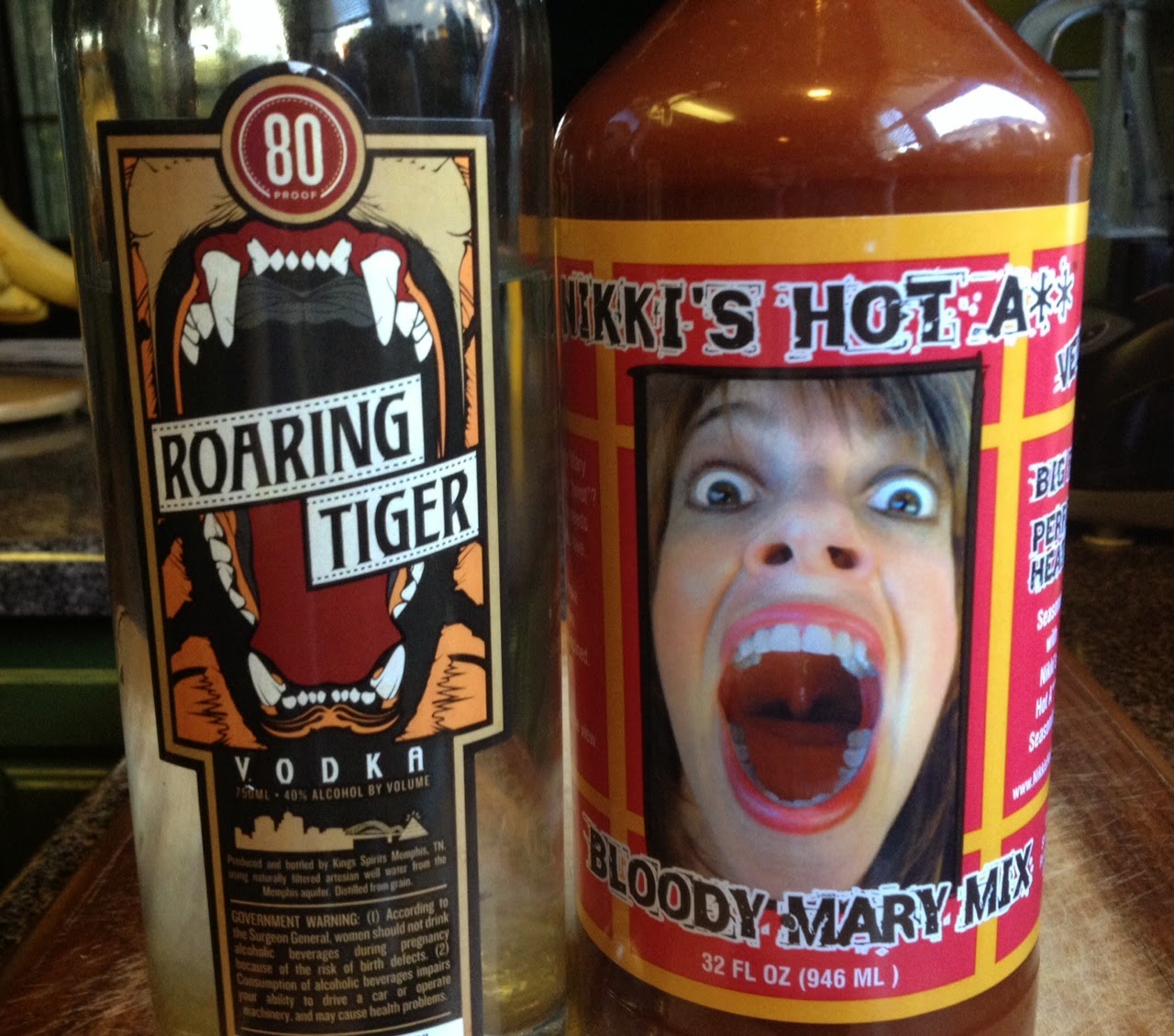 Cheers! Enjoy your Tofurky! And don't forget to enter my Cookin' Crunk giveaway! By the way, Nikki's mix isn't for sale online yet, but the chips and seasoning are if you're far away and want to try those.
Posted by Bianca at 9:00 PM

That's so cool! You are all over that CNN article, and rightfully so, you twenty-year mark-er! Congrats!

Do all those exclamation marks have anything to do with that gigantic Bloody mary you ingested? ;)
Happy Thanksgiving and Happy Veganniversary!

You are such a badass! Woohoo on your 10 year veganniversary and 20 year vegaversary! And your CNN interview!! Happy thanksgiving! Love you best friend!!!