I'm not a huge football fan, but I never miss the big game. That's largely because it's an awesome excuse to make vegan wings and stuff my face with chips and guac. I always pick a team (usually the underdog or sometimes the team from the coolest city or with the best colors/mascot) to root for. This year, I went with the Seahawks for two reasons: 1) Everyone was predicting the Broncos would win, and 2) I'm going to Seattle in March to demo at Seattle VegFest (come see me, Northwestern friends!).

Anyway, as y'all know, I'm currently veganizing trendy recipes from the past century for my new vintage vegan cookbook. And hot wings were supposedly invented in the 1960s. The history behind hot wings (or Buffalo wings) is sketchy to say the least, but most stories trace their roots back to Anchor Bar in Buffalo, New York, owned by the Bellissimo family. The owners either invented them using scrap chicken wings when they were snowed in at the bar one night, or they invented them for their son and his friends as a late-night snack, or they were invented for the mostly Catholic patrons to enjoy after midnight on a no-meat Friday.

Whatever you choose to believe, vegan wings are awesome. Hot sauce + butter + vegan protein. How can you go wrong with that? For my new book, I'm converting the Seitan Hot Wangz recipe from Cookin' Crunk into a tempeh wings recipe. 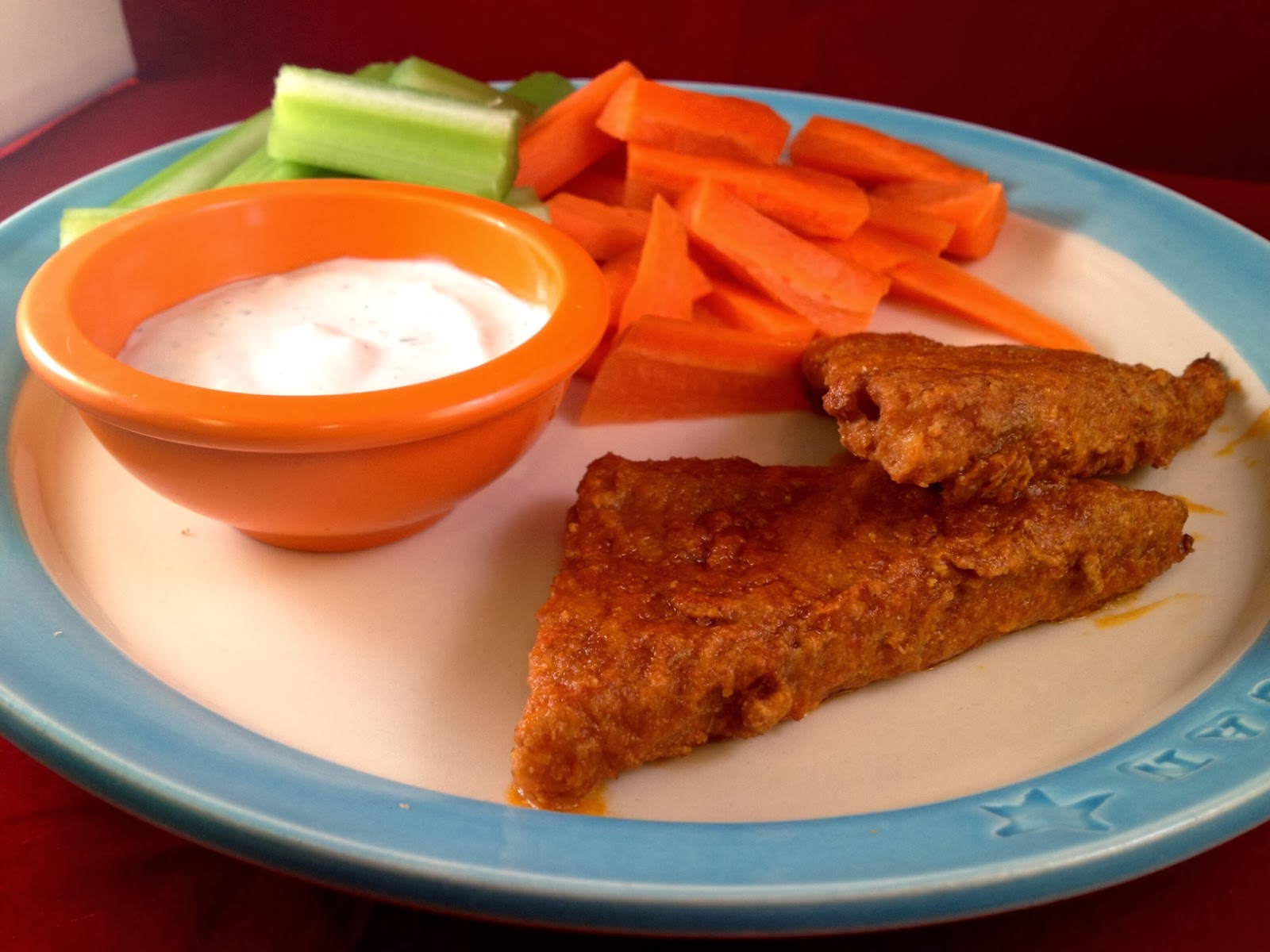 If you have Cookin' Crunk and want to give this recipe a try, here's what I did: I cut a package of tempeh into eight triangles. I steamed and marinated the tempeh using my Tofu Chicken marinade from Cookin' Crunk. Then I used the Seitan Wangz recipe but subbing out the tempeh triangles. And voila — new recipe!

That ranch on the side is also from Cookin' Crunk, by the way. Most recipes in my new book will be totally new recipes. But since I already had a pretty awesome seitan wings recipe, I figured I shouldn't mess up a good thing. And honestly, as much as I love my seitan wings, I think I like the tempeh ones even better. And they're much easier to make since you don't have to make the tempeh from scratch.

On the side, of course, I had to have Guiltless Gourmet blue corn tortilla chips (you can eat way more for less calories with these!) with Wholly Salsa Guacamole & Spicy Pico and Nacho Mom's Vegan Queso (a Christmas present from my parents). I washed it all down with Lights Out, the new dark Belgian wit from Memphis Made Brewery. 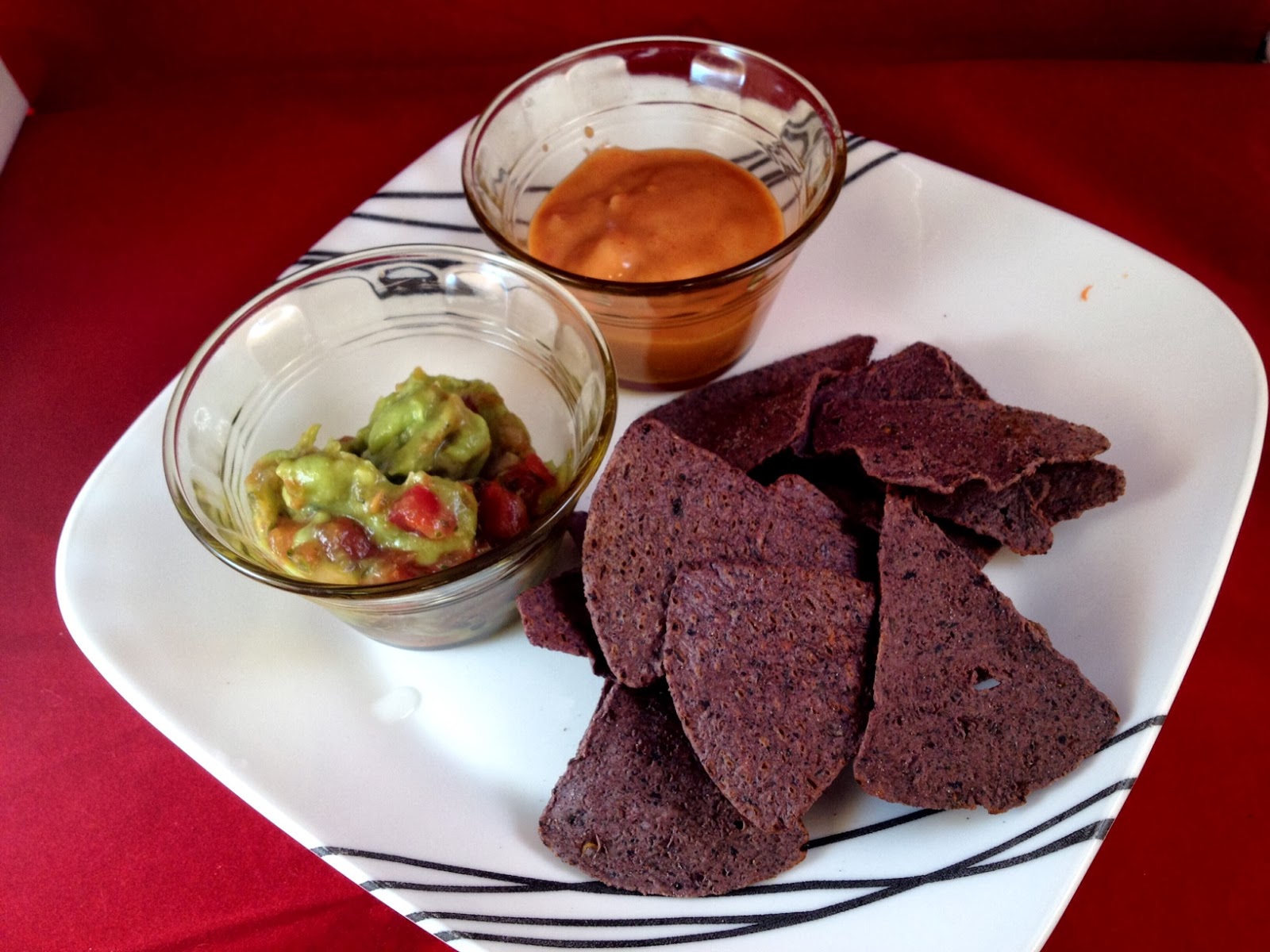 I rooted for the 'Hawks too simply because I refuse to jump on the Manning bandwagon.

GO HAWKS!!! You did the right thing. And the Vegfest is two blocks from my apartment, guess I'm going! Ahh so excited!

mmm those look tasty! I never watch sports, but that doesn't keep me from loving vegan wings :)