There's yet another place in Memphis to score a vegan cheese pizza! Pyro's Fire Fresh Pizza is the fifth restaurant here to offer vegan cheese on their pies. It's practically a requirement these days for new pizza places to offer dairy-free options in Memphis.

But at the other restaurants offering vegan cheese pizza, you pretty much have to order a whole pie. There's no single-serve, by-the-slice options because they don't sell as much vegan pizza and don't want to waste any pie that doesn't get eaten. Totally understandable. And sometimes you need a whole giant pizza for yourself. Am I right?

For those times you just want a single-serve pizza though, Pyro's offers single-serve, 11-inch pies, and each one is made fresh just for you. It's a build-your-own place (think Chipotle but with pizzas instead of burritos). You get a crust and then pick a sauce, a cheese, and as many toppings as you want for the set price of $8.30 (plus an extra $1.80 for vegan cheese). Then they fire your pizza in a wood-fired grill. It's a total bargain! I finally checked out Pyro's on Saturday when we had our Food Awareness meeting there.

And I made this! 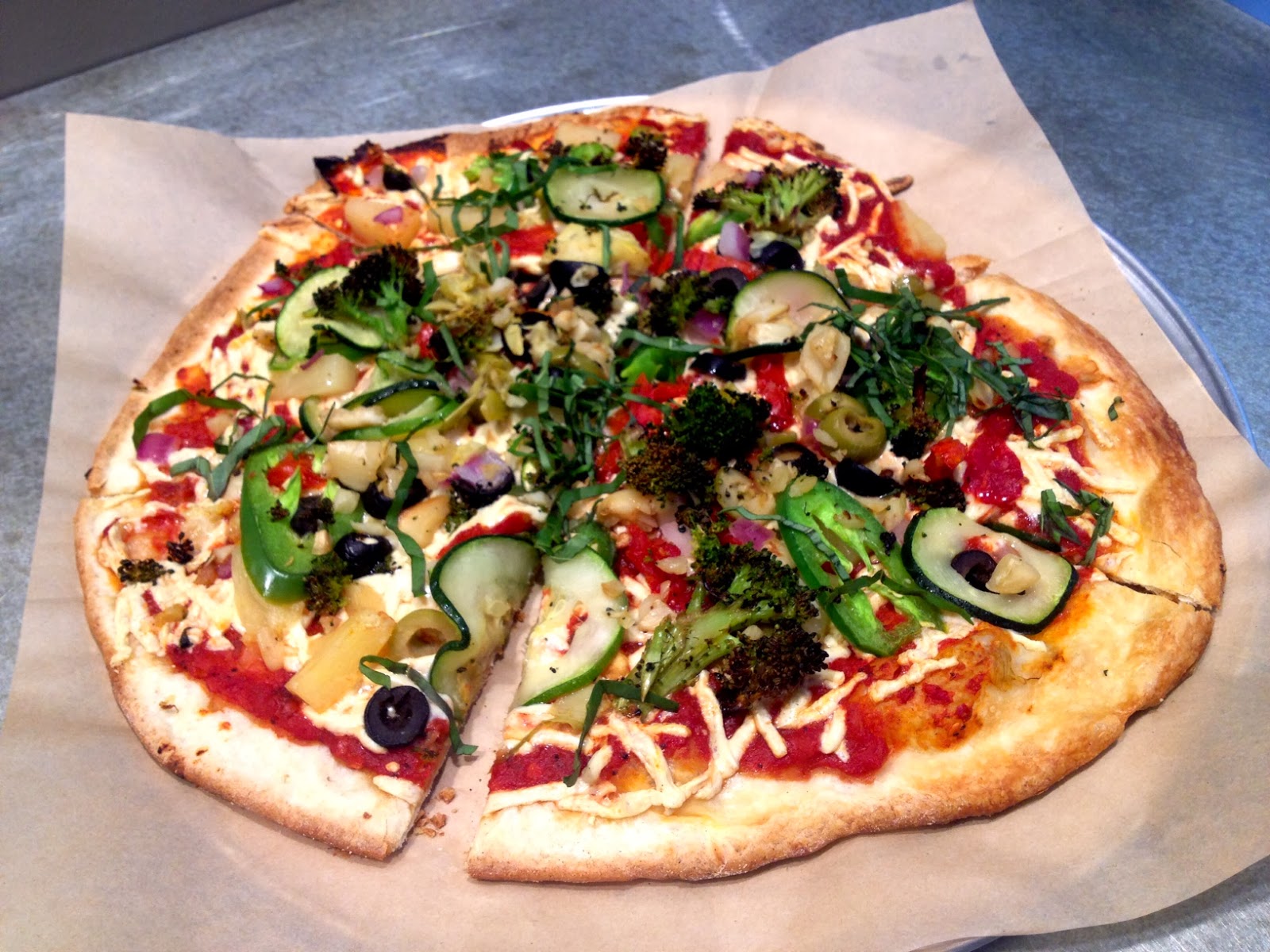 It's a cracker-thin crist (love that!) topped with spicy marinara, Daiya mozzarella, black and green olives, roasted garlic, zucchini, jalapenos, artichokes, broccoli, red onions, pineapple, fresh basil, and olive oil. There were so many more veggie toppings to choose from, but I decided to stop there before the slices got too heavy to pick up.

This is the 11-inch pizza, and it's perfect for a single meal. I ate all of this and felt just right. But if you're not quite as hungry, they offer a smaller snack-size pizza too.

And they have build-you-own salads as well. Vaughan and Nicole got one to split as a side to their pizza, and I snapped a picture. One big salad is definitely a meal for one though. 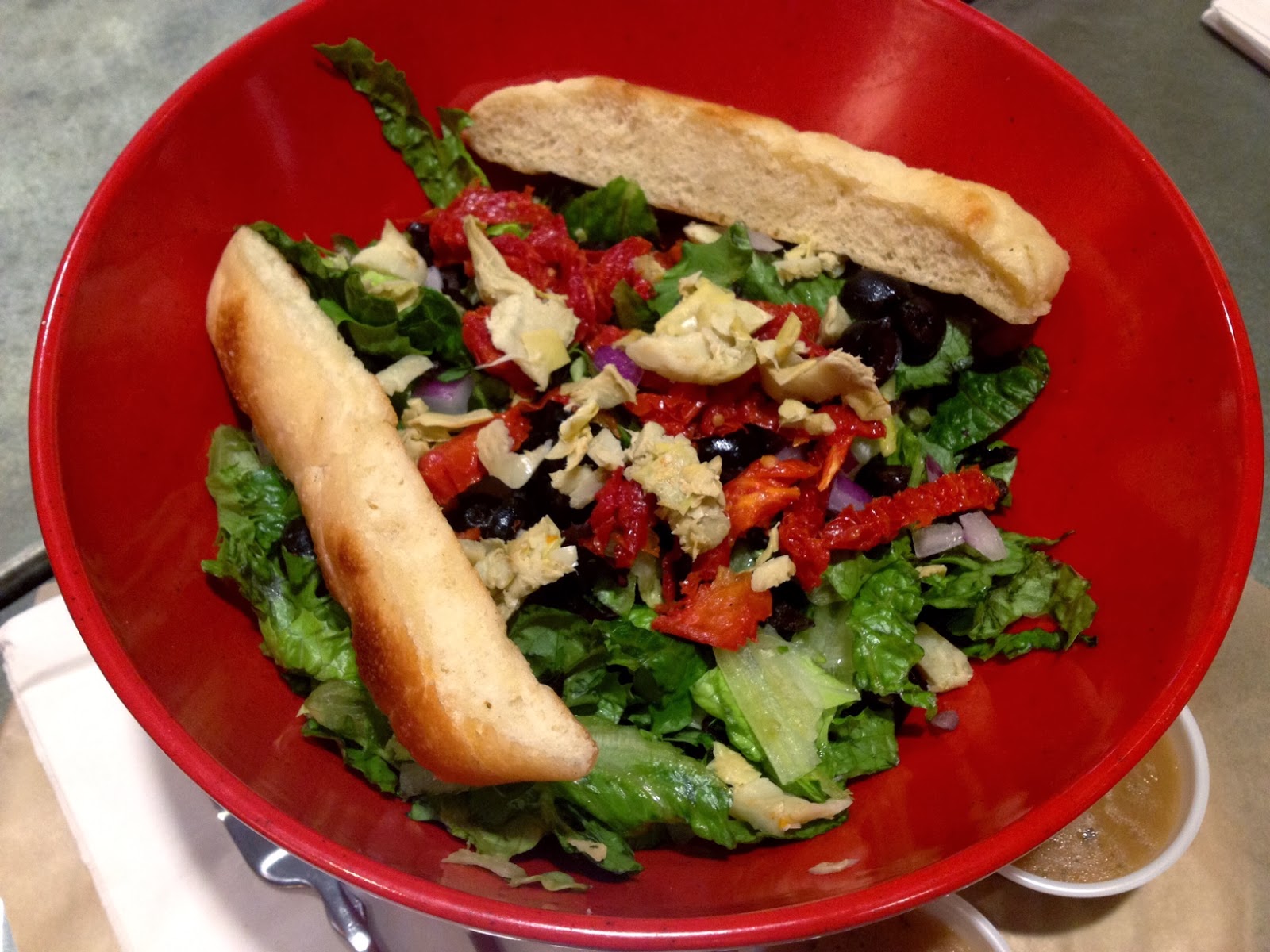 Pizza just isn't right without delicious craft beer, and Pyro's has several local brews on tap. I got a Wiseacre Ananda IPA, brewed right here in Memphis on Broad Avenue. 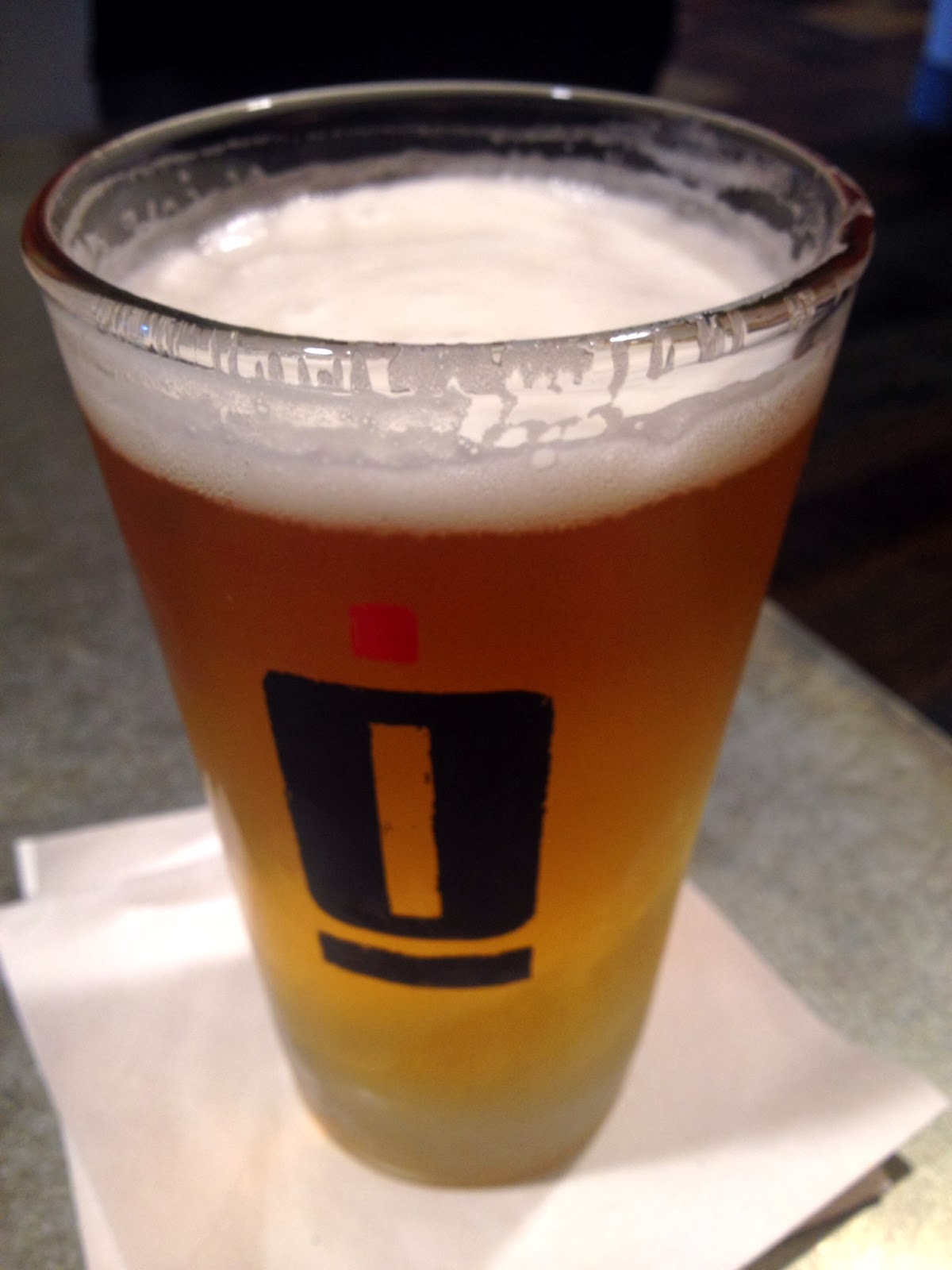 Dying of jealousy over here. Brixx and Mellow Mushroom are the only places I know of in Charlotte to offer vegan cheese, so I do my best to give them my business! I'm continually astounded/annoyed at how every pizza place in CLT offers gluten-free everything, but not vegan cheese. Sigh.