I try to eat an 80% whole food, plant-based diet with about 20% reserved for processed stuff, like plant meats and cheeses, desserts, etc. But when plant meats are made with more whole ingredients than is typical, it's a big bonus. Sure, they're still processed no matter how "clean" the ingredients, but it's nice being able to pronounce everything. Plantcraft focuses on using real foods to make fake meats. They sent me two products to try, and I was very impressed! 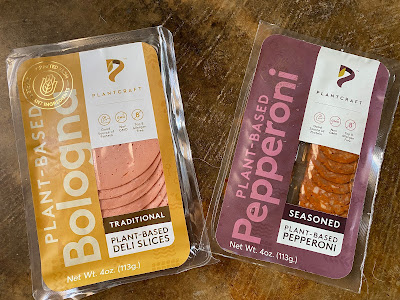 The Plant-Based Pepperoni arrived right on time. I already had plans to make a Veggie Pizza for dinner that night. 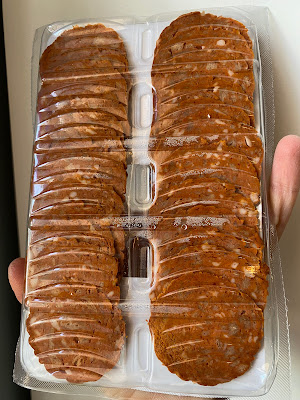 I added a few slices to my personal-sized crust and topped with Follow Your Heart mozzarella and lots of veggies. 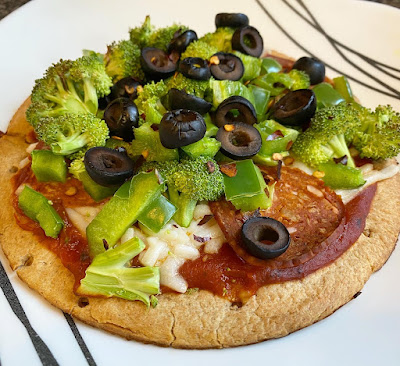 These tasted very much like meaty pepperoni, but they're made with pea protein, faba protein, green banana flour, citrus fiber, konjac gum, alginate, and herbs/spices. If you're wondering about konjac gum, it's made from the root of the konjac plant. Alginate comes from brown algae. That's a pretty impressive ingredient list if you ask me!

Next up was the Plant-Based Bologna, which I was most excited to try. I loved fried bologna sandwiches as a kid. 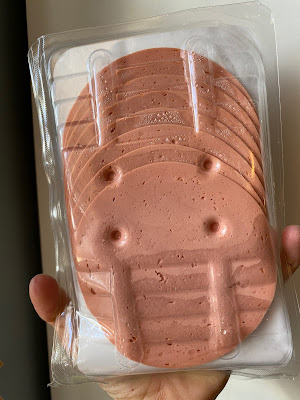 When I opened the pack, I immediately put a slice in my mouth. And I was whisked straight back to childhood. But it wasn't exactly bologna that it reminded me of. My first thought was Vienna Sausages. You know, those little potted meat snacks in a can. I used to LOVE those. Even more than bologna. So needless to say, I loved this stuff. Of course, bologna's flavor isn't far off from Vienna Sausages (that's pronounced "vy-ee-nee" where I come from! Arkansas is classy, y'all).

First, I tried these cold-cut style on a sandwich with sprouts, lettuce, tomato, and vegan mayo. Chips on the side, natch. And this was a perfect lunch. Once on bread, it really did taste like bologna. And again, this is made with simple ingredients (just green banana flour, flaxseed flour, herbs/spices, and pea protein). 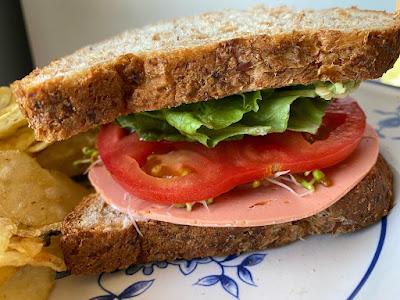 And of course, I had to make a classic Fried Bologna Sandwich with the rest. I fried some slices in a cast-iron and added to a sandwich with a Tofutti American cheese slice, mustard, and mayo. Veggies don't belong in a fried bologna sandwich, so I had a salad on the side. Very good! My only complaint is that I wish the slices were a little thicker. They're paper thin and tend to break easily, and bologna was always a thicker deli slice. 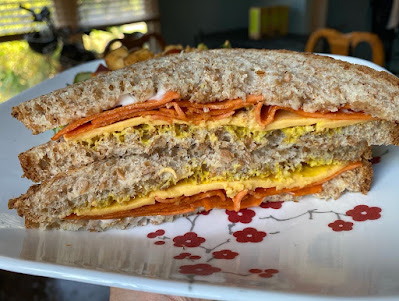 I haven't seen Plantcraft for sale in Memphis yet. But when I do, I will definitely be buying this stuff. Some of the best deli slices I've had, well, ever!

Okay, yum. It's weird that some plant-based "meats" are appetizing to me while other aren't. I couldn't stand burgers and sausages even when I ate meat, so I can't stand the vegan versions either. But these sound good! And the ingredients sound good too. I'm imagining it's going to hard to find these in stores- but I'll keep a lookout.

How fun! I'd never heard of this brand, but I'll keep my eyes peeled for them.