I turned 42 on Sunday! It's crazy how I used to think the 40s were so old when I was in my 20s. And now that I'm solidly in my 40s, I don't feel old at all! In fact, I'm running faster and lifting more than ever, and I feel about a decade younger. So take that, aging! 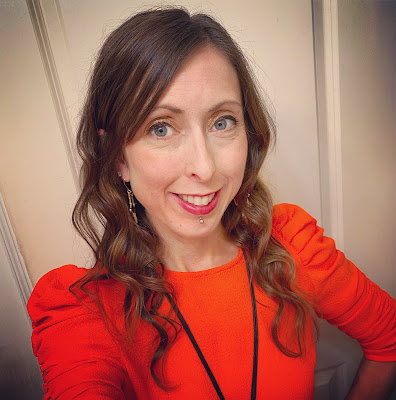 I started my big day with a 4.2 mile birthday run through Overton Park. And then I headed to Imagine Vegan Cafe for takeout brunch. I made my own meal with al la carte items — Tofu Scramble, Cheesy Grits, Garlic Kale, and Veggie Bacon. There's a breakfast platter on the menu that's similar, but it doesn't have kale. And I wanted that. 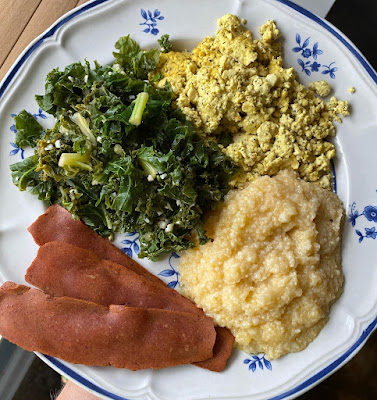 The main reason I went to Imagine was for a birthday donut! My friend Lily of Darling Donuts took a hiatus while she was pregnant with her last kid, but she's back at it now. I got a plain glazed for my birthday wish. 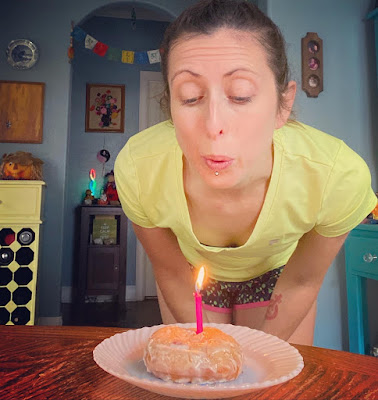 Oh, and I had mimosas, of course. 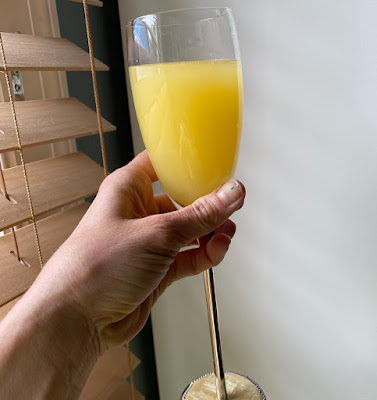 Later that night, Paul and I had very special concert tickets. So we hit up Cameo for a light dinner and drinks first. I started with a cabernet. 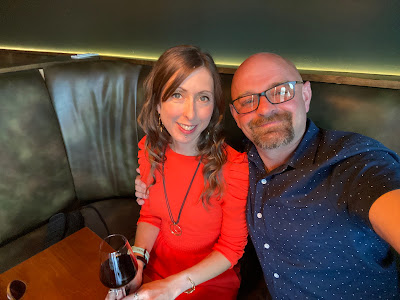 I wanted to try Cameo's new vegan flatbread, but they only serve brunch on Sundays. So I went with the only vegan brunch option — Vegan Toast (with vegan cream cheese, pickled onions, tomatoes, and spices). It was very good! 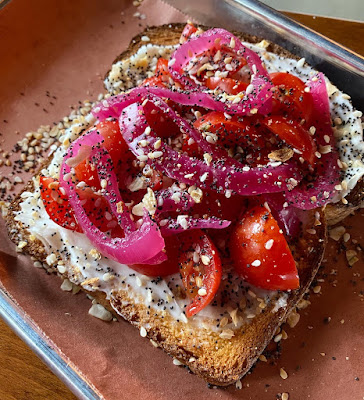 For dessert (it was my birthday after all!), I had the It's Not Stealing If It's Yours cocktail with pumpkin liqueur, bourbon, Tiny Bomb, and nutmeg. Tasted like fall! 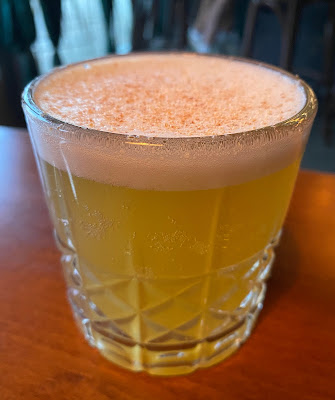 And then it was time for our concert! We saw Tiffany (like from the 80s!) at the Buckman Arts Center. It was a very small show (only about 100 people), and we had front-row seats. There was a Q&A session in the beginning, and Paul raised his hand to tell Tiffany it was my birthday. I wanted to kill him, but she was super-cool and told me happy birthday (she just had one too; fellow Libra!). And then throughout the show, she pointed at me a lot. And told me happy birthday a few more times! 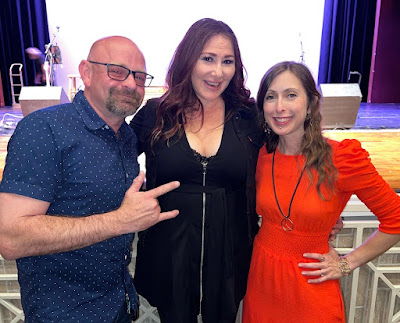 Afterward, there was a meet-and-greet, and she was SO NICE. I met her once before, in 2000-something, when she played a gay club here in Memphis. But it was so cool to meet her again. Such a magical night. Thanks to Paul for making all of that happen!

Happy belated birthday! You look great! So jealous of all that great food.

Haha, amazing NN!! Happy birthday to you too. Part of me thought, "man I should be running 42 miles today!" But then part of me was like nah. :-) I am signed up for a 50 in May though!

What an amazing birthday! It sounds like a perfect day. I agree that my forties are nothing like what I imagined they would be a few decades ago.

Happy Belated Birthday! No one knows how to celebrate an occasion like you do- I always look forward to your holiday/birthday posts. Sounds like you had an awesome birthday weekend!