Okay, I know I JUST posted about starting a meal plan for August yesterday, and we are sticking to it as much as we can. But Aug. 2 is the pagan celebration of Lammas (or Lughnasadh), so I made a little feast from the Sabbats Almanac last night. But it was still very whole foods-y! The Sabbats Almanac isn't vegan, and for most sabbats, I have to veganize the recipes. But for this one, the recipes were mostly vegan! That's because Lammas is a celebration of the harvest, and summer produce is everywhere.

I made Grateful Grain Burgers with black beans, quinoa, brown rice, carrots, and coconut butter (an interesting twist!), and they were awesome. The recipe called for buckwheat and wheat berries as well, but I could find neither in the Sprouts bulk bins. And I didn't want to buy whole bags of those because the recipe only called for a small amount. I topped mine with Tofutti American slices (a blast from the past, thanks to some free samples from my pal Gerry at Tofutti!), tomato, onion, and lentil sprouts. 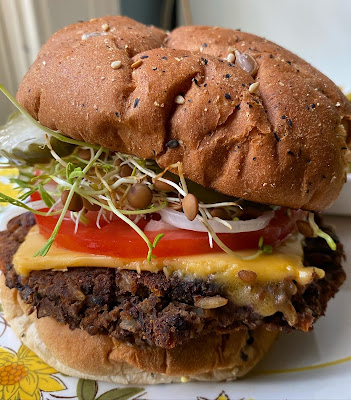 The Fiber Fueled 4 Weeks plan Paul and I are doing for August is low-FODMAP because it's designed to help people with gut issues (like Paul has). So week one on that plan is onion- and garlic-free, but I'm not trying to stick to low-FODMAP since I don't have gut issues, so raw onions for me, baby!

On the side, I made the Summer Veggie Medley with zucchini, squash, bell pepper, and lemon. This also called for honey, but I just left that out and didn't sub anything because sweet veggies sounded weird. I also sauteed some fresh chard from my neighbor Dennis, who gifted me some from his garden yesterday. 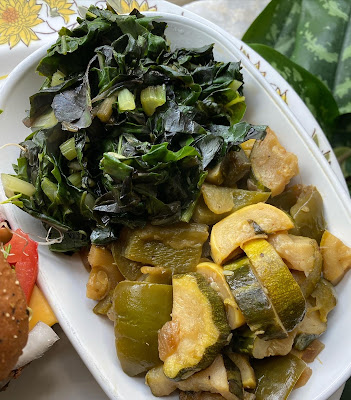 Dessert (also from the Sabbats Almanac book) was Grilled Peaches, which I served with Cocowhip. The peaches were marinated in lemon, maple, and ginger, and they were AMAZING. 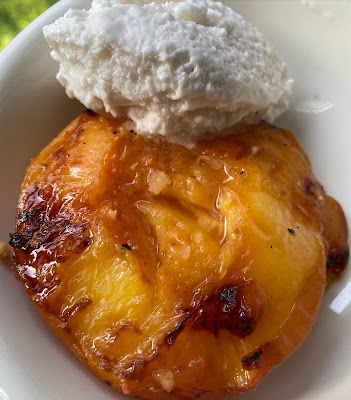 And finally, you've gotta have beer on Lammas! Because grains! I enjoyed this Beale Street Brewing Co. Hush Mane Peach Lemonade Ale because it's very summer-y. 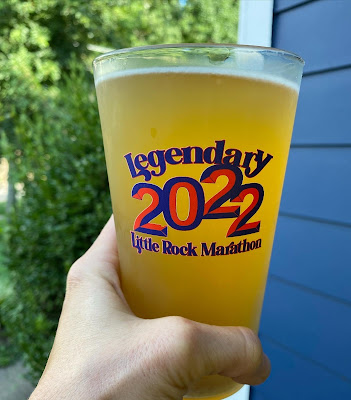 Happy Lammas! I had a pretty low key Imbolc.
Every now and then I will find the Tofutti slices here and I always buy them because they were the first imported vegan cheese to Australia and I have a soft spot for them in my heart.