We had a house guest on Saturday night, and we took him out for brunch at the Liquor Store on Broad (not an actual liquor store but a diner in an old liquor store) before he left town. I'm still doing the Fiber Fueled 4-week plan from Dr. Will B's book. But I'm not being super strict about it. So eating out is fine! And I opted for the healthiest thing — the Cuban Platter! This has black beans, rice, sauteed veggies, and fried plantains, and I ordered a scoop of avocado as well. This has long been my favorite thing at the Liquor Store, and it's been awhile since I've ordered it. 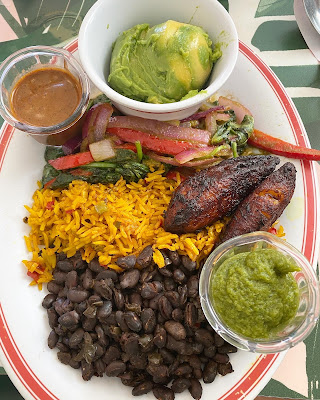 Here's a tasty plate of Miso Mushroom Noodles from The Fiber Fueled 4 weeks that I had for dinner on Saturday. The noodles are buckwheat soba, and they have a miso sauce. Plus, shiitake mushrooms, carrots, snow peas, edamame, red cabbage, and tofu. So good! Especially with a carafe of sake on the side. 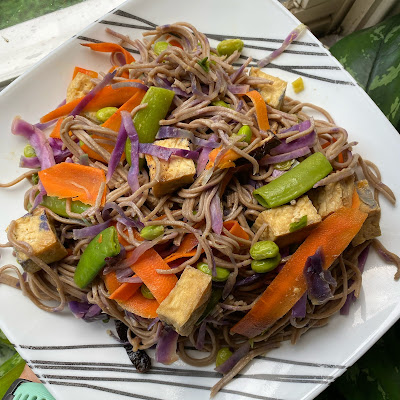 It's not exactly pumpkin season yet, but there are a few pumpkin recipes in Fiber Fueled, so I made them. One was a Pumpkin Pie Smoothie made with pumpkin puree, banana, maple, and — the best part — canned coconut milk. I added protein powder as well because it was for post-run. I'm realizing now that this looks like cheese dip. 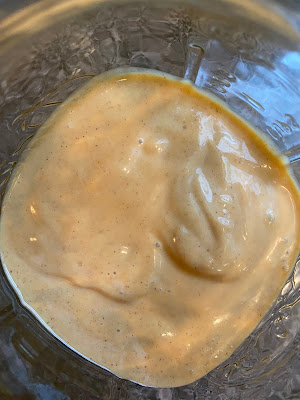 And here's some Pumpkin Hummus from the book, with my homemade Sourdough Cheese-its (those are from Dr. B's second book, The Fiber Fueled Cookbook, and they're now a staple in our house!). 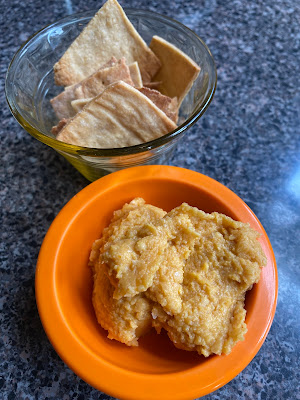 I have NEVER been able to pull off crackers, but those look incredible! I've got to figure out how you got that crisp! They make me want to impress somebody, lol

PUMPKIN EVERYTHING! Yes, bring on the pumpkin- it's just about time. All these meals sound delicious, and yes, the smoothie looks like cheeze dip, ha ha. But I can totally imagine how it tastes based on the ingredients!