Yesterday, I blogged about my best friend Greg's visit to Memphis last weekend. He lived in Memphis for years, and we met when we were just babies (at age 24! Now we're 40!). But Greg moved to Kentucky a few years ago, and now we see each other once or twice a year. He spent last Wednesday through this past Tuesday at my house, and we had tons of fun. In yesterday's post, I recapped Wednesday through Thursday, and this post will recap Friday and Saturday.

On Saturday morning, we'd considered going to the Bluff City Fair, but we read bad reviews online, so we changed plans and decided to go kayaking at Shelby Farms. Greg had never kayaked, and I knew he'd love it! Shelby Farms rents kayaks by the hour, so we spent an hour floating around Patriot Lake. It was probably our favorite thing of the whole visit! 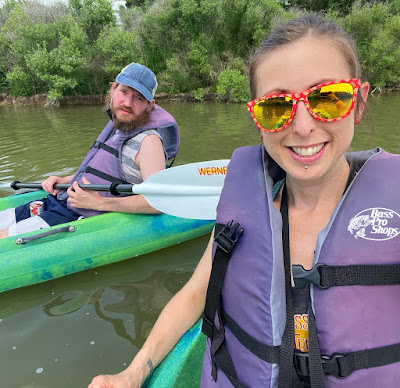 We worked up an appetite on the water, so we went to Imagine Vegan Cafe for takeout afterward. I got the Vegan Reuben with deli meat, their house-made cheese sauce, and kraut. It's always one of my faves! 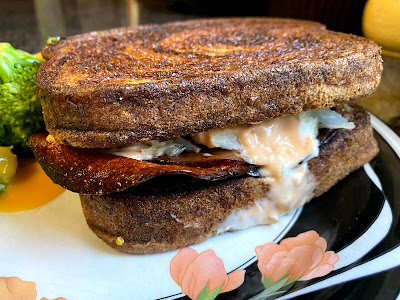 And a side of Broccoli with Vegan Cheese! 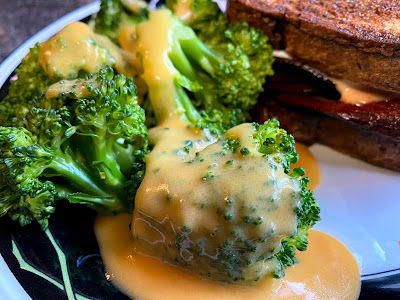 Later that night, Paul, Greg, and I met up with lots of friends at Dru's Place for a drag show. We had also caught a Thursday drag show, but this one was more fun because we had seats next to the stage (and all our friends came out!). 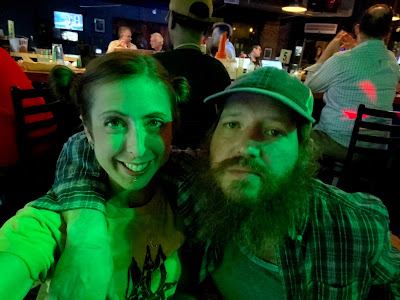 The next day, we had brunch plans with Vaughan and Nicole. I've been friends with Vaughan almost as long as I have Greg, so they've known each other for a very long time, and Nicole has known Greg for at least a decade. They invited us over for a lovely brunch! 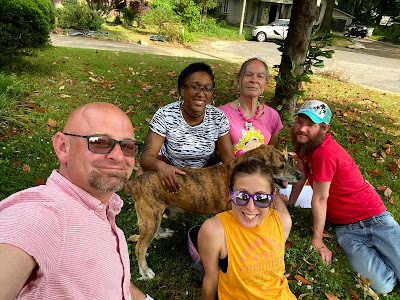 Nicole made Just Egg vegan omelets, tofu scramble, Beyond sausages, and avocado toast, and I brought some Diner Home Fries from Isa's Vegan Brunch cookbook and some mini pancakes. Nicole made us all the BEST ginger-lime margaritas. What a perfect ending to the weekend! 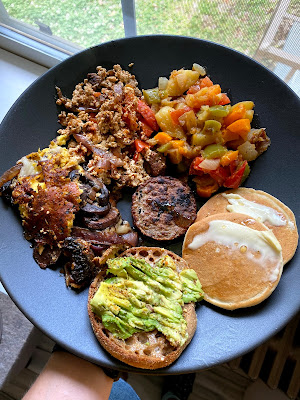 Greg stayed a couple more days, but I don't have pics from the rest of the stay since I had to go back to work, and we didn't do as much Monday and Tuesday. I miss him already! I've got to plan a trip to Kentucky soon!

That Reuben looks incredible, I need to make one for myself very soon!
I'm glad you got to spend time with Greg, I remember seeing him all the time in your blogs before he moved!

What a wonderful visit with your friend and such delicious food!

Wow, that brunch looks incredible. It must have kept you full for hours. I just finished a similar brunch but forgot the margarita (darn.)