Stuffed Pork Chops Without the Pork

I can't recall ever having been the biggest fan of pork chops, but that's likely because my mama rarely made them. At least I don't think she made them often. Honestly, I couldn't even tell you what a pork chop tasted like. I don't remember.

I did, however, have a pet pot-bellied pig named Pork Chop. I must have been seven or eight, and I'm not even sure how it happened. But one day, we suddenly had a pet pig. And I named him Pork Chop. It's sadistic, sure. I was just beginning to make the connection between animals and meat, but I wasn't quite to the point where I really and truly understood.

Pork Chop was awesome! He grunted a lot, and he squealed if you tried to pick him up. At least, I think he did. That memory is fuzzy too. I do remember quite clearly, though, coming home from school one day to find that Pork Chop was missing from his pen in the yard. My parents had given him away to a new family. I remember being very sad.

Anyway, it was only a few years later that I swore off meat (and pork chops) for life. And now after all these years, I'm able to eat pork chops again. But these are vegan Match Stuffed Pork Chops. These are pork chops that my old pig buddy would be happy to see me eat. 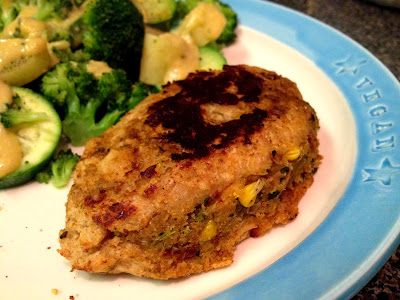 I've no idea if they taste at all like the real thing, but considering that all Match "meats" I've tried so far are eerily similar in taste to their meaty counterparts, I'm sure these are quite a bit like pork. I had one last week with a plate of vegan cheese-covered steamed veggies. 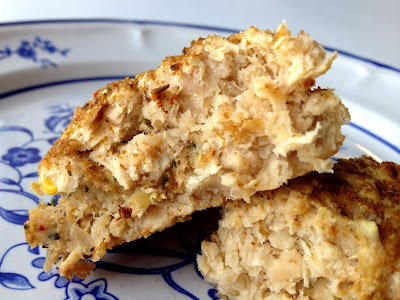 Inside, the chops are stuffed with onion, celery, cilantro, green chiles, parsley, and garlic. Just amazing! The stuffing blends in with the meat just a bit, so it's hard to tell where the meat ends and the stuffing begins. But it all tastes like cruelty-free, meaty goodness of the best kind.

Wow, these look awesome!!! I really really want to try the Match meats. I need to order some pronto!

Hi Bianca!
Discovered your blog couple of weeks ago. Love it and... I also just bought your cookbook!
Can't wait to try your recipes!
Muscade (it's nutmeg in french!!!!)

I'll admit that stuffed pork chops were one of my favorite things back in the (bad! bad! bad!) day, so I'll be trying these for sure!