Let me explain. Deja Vu Creole & Vegetarian Restaurant has been around in Memphis for quite a few years now. It's a New Orleans style eatery run by the always jovial Chef Gary, who can cook some mean vegan food alongside his meatier offerings of alligator stew and crawfish etouffee. I've posted about Deja Vu's vegan menu before.

But Deja Vu just opened their second (and much, much bigger) location on South Main. The original location on Florida Street is in a teensy tiny building with only 6 or so tables. And this place is hella popular with the downtown lunch crowd, so there's always a long wait at lunchtime. But the food is worth it, and people keep going anyway. But now Chef Gary has finally expanded by opening a two-story second location (the old one is staying open too) on the Main Street Mall. He tried opening a second location before a few years back, but it was way out in Hickory Hill and didn't do as well. It eventually closed. He was smart to stick with downtown this time around. 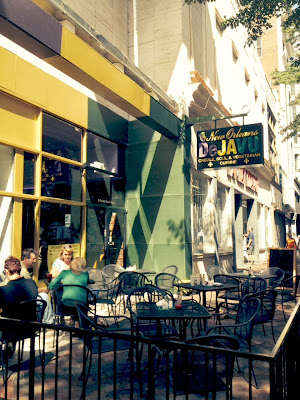 My editor Susan and I had lunch at the new place last week, and it was packed both upstairs and down. 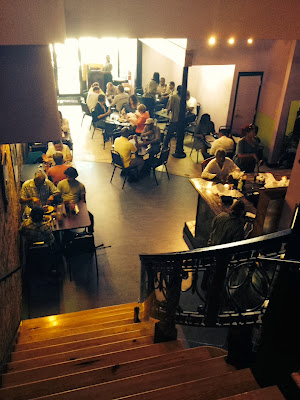 The menu is the same in both locations, so I've tried everything vegan. But it's still always so hard to make a choice. Everything is so good! 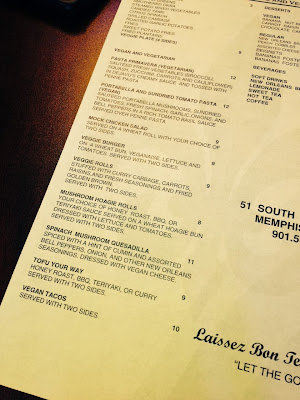 I finally settled on Teriyaki Tofu with two sides. Chef Gary has the tofu-frying technique down-pat, and his sauces are so flavorful. You can order the tofu four ways (but one of the ways isn't vegan cause it has honey). I've had the BBQ Tofu and the Curry Tofu recently, but I hadn't had the sweet 'n' savory Teriyaki in far too long. 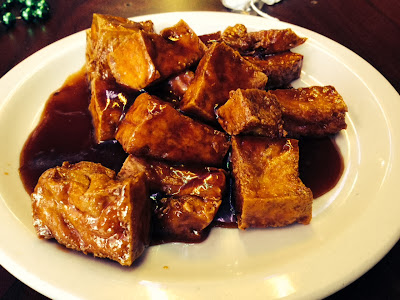 For my sides, I went with my two faves — Collard Greens. 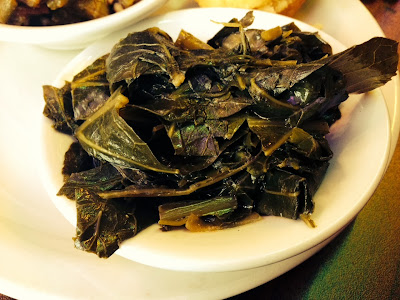 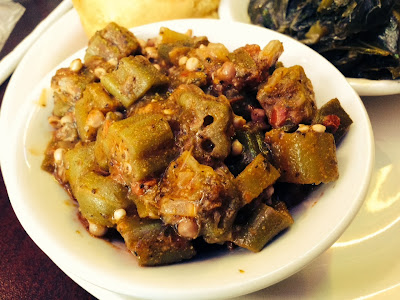 All the veggie sides for everyone's meals (vegans and omnis) are vegan. Isn't that sweet?

Susan went with a veggie plate, which means she got to pick three sides. She got the Red Beans and Rice (totally vegan!). 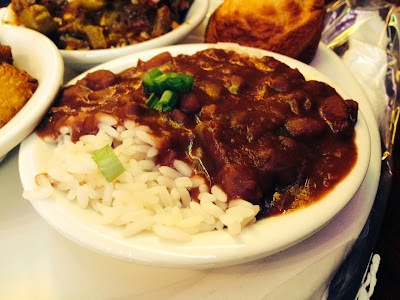 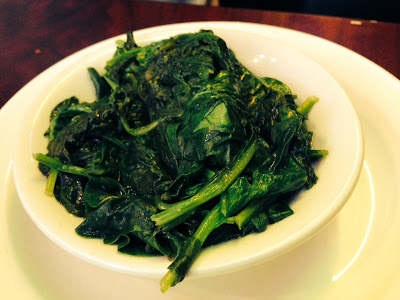 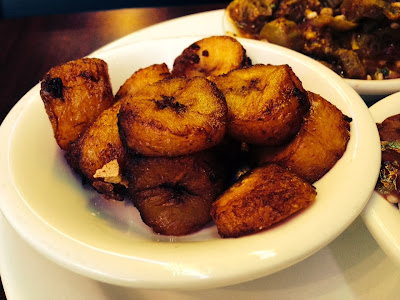 I've had all of those dishes before too, and I can tell you that nobody makes red beans and rice like the cooks at Deja Vu. And those fried plantains are awesome. Chef Gary is a New Orleans transplant, so he knows what he's doing.

Deja Vu II is located at 51 S. Main Street. The original location is located at 936 S. Florida Street.
Posted by Bianca at 10:46 PM

yyuuuuum! that looks amazing. i definitely need to trek over to memphis and try some of this amazing vegan food.

At first I was really confused because Deja Vu is a popular strip club chain.

Haha Katie! That is awesome.