This past weekend was the second annual Memphis Plant-Based Food Fest, a three-day celebration of all things vegan with food demos, lectures, vendors, and a plant-based 5K, in Overton Park.

I wanted to do the 5K, which was new this year, but I was scheduled to do a food demo at noon on Saturday, a few hours after the 5K. And I didn't want to be all sweaty for my demo! I made my Eggless Tofu Olive Salad and my Vegan Pimiento Cheese, both from Cookin' Crunk. Here I am whipping up some stuff! 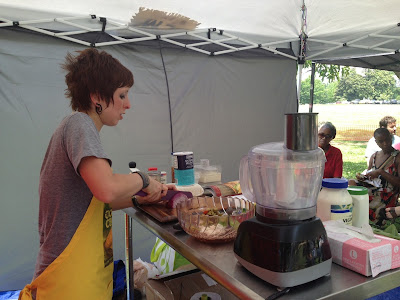 I had a pretty good crowd that overflowed outside the demo tent. After the demo, I sold and signed some books. 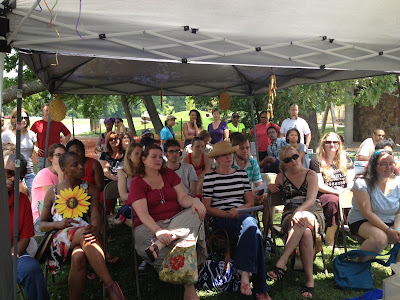 Once the demo was over, I was free to hang out and have fun with my newly vegan friend Cassi. We were hungry, so we walked around to check out the food options. Imagine Vegan Cafe was there selling vegan chicken bacon melts, vegan cheesesticks, and homemade cinnamon rolls and other sweet treats. But by the time we got to their booth, they were sold out of the savory stuff. And while cinnamon rolls sounded delicious, I wanted something more substantial.

Thankfully, I stumbled upon this. 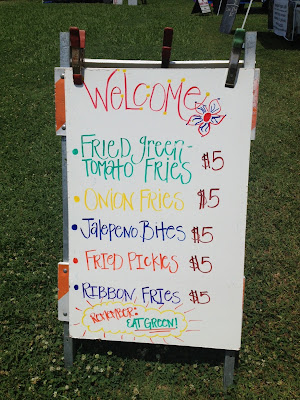 Yep, there was a vendor selling vegan fried stuff!! Right up my alley. These Fried Green Tomato Fries were AMAZING!! They were crispy and not at all greasy despite the fact that the word "fried" is in the name twice. My kind of food. 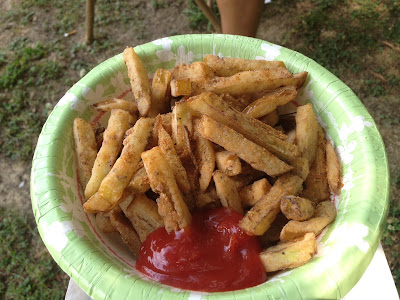 To balance my junk foody meal, I followed these fries with a refreshing Fresh Watermelon Juice from Balewa's Vegan Gourmet, purveyor of delicious raw foods. 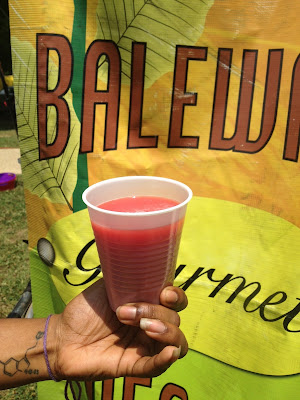 Cassi got a watermelon juice too. But she bought hers from Juzemibaby, a Memphis-based juice press that bottles fresh juices. I'd never even heard of this place, but they apparently sell their juices all over town. 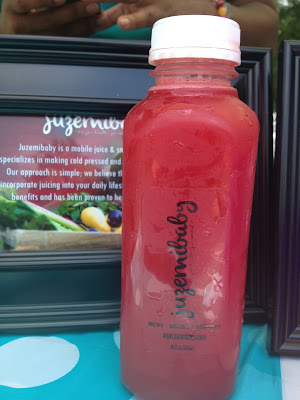 We stopped by the Food Awareness tent for a photo op. Food Awareness is our Memphis vegetarian club, and we had a booth with free vegetarian literature and veggie starter kits. Here's Food Awareness founder Vaughan with Cassi (on the left) and his girlfriend Nicole (on the right). 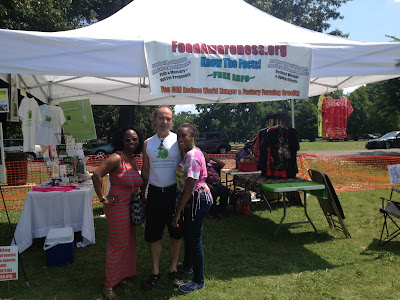 There were also vendors selling homemade jewelry, soaps, incense, and other goodies. I loved these crocheted earrings at the Funky Knits & Naturals booth. 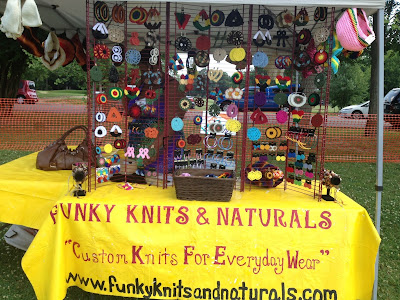 After much deliberation, I finally settled on these ginormous earrings. 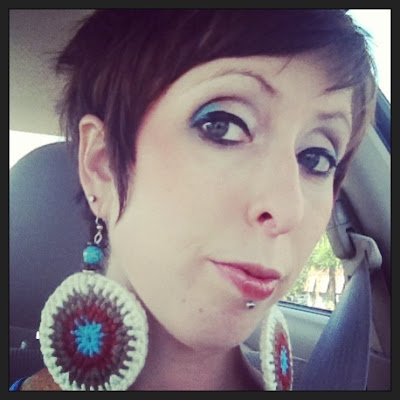 This is Bastet. She's the lead organizer of the Plant-Based Food Fest. Bastet has been a force in the Memphis vegan community for years. She currently runs the Natural House of Wellness, a shop selling herbs, incense, and new age-y wellness stuff. And she makes and sells the most delicious packaged vegan popcorn at Whole Foods, Cosmic Coconut, and other locations. 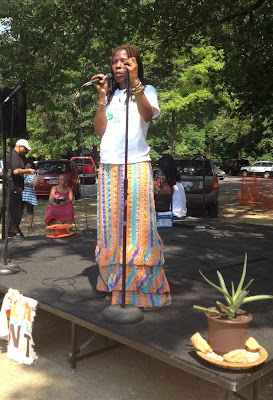 This year's food fest was so much fun! It's grown a bit since last year, and I hope it just keeps on growing.
Posted by Bianca at 9:41 PM

Watermelon juice is wonderful. I recently had a watermelon-strawberry smoothie and am definitely going to be recreating it at home, maybe adding some cucumber and fresh mint.

The demo looks like so much fun! Do you get to pick which recipes you show off or do they give you guidelines?

This looks like a great time!
Fried tomato fries, I could definitely go for something like that. Really interesting. It's hard to find actually healthy foods at fairs and festivals, but that watermelon juice probably hit just the right spot.

All of those fried goodies sound incredible... om nom nom!