Solstice with the Pets!

Every year, we open gifts with the pets on Winter Solstice. I don't have any food to show you tonight, but who cares? Cause I have something way better! Kitties and puppies having fun!

Datsun and Maynard got new Hurley balls, and they were sooooo happy. Look at Datsun! 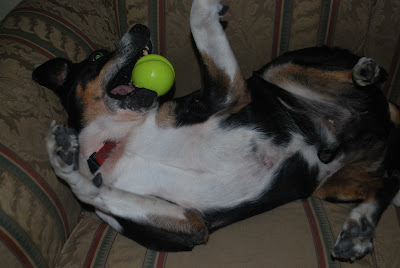 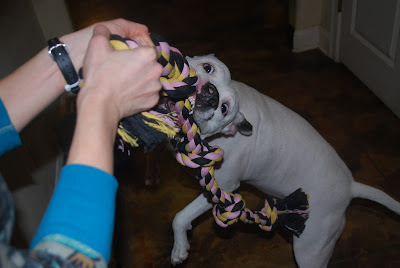 The cats got new jingly balls and a big bottle of catnip spray. So we sprayed all their new toys with catnip. Akasha went a little cray-cray: 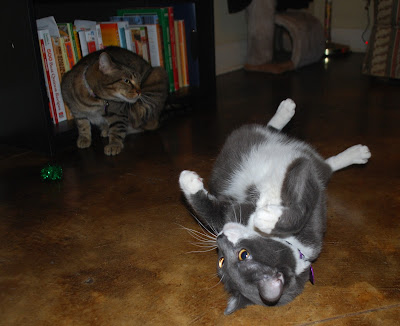 Pandora kept her cool. She was more intrigued by all the wrapping paper in the floor: 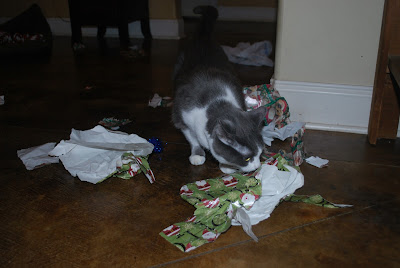 Polaris is totally weirded out by pit bull Maynard, so he hung back, refusing to participate in toy opening: 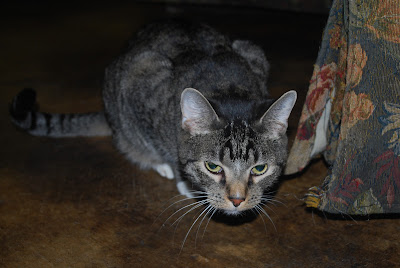 Seymour is also a shy kitty. He stayed in his hidey hole in the china cabinet, but we threw him some catnip and he made his tongue touch his nose! 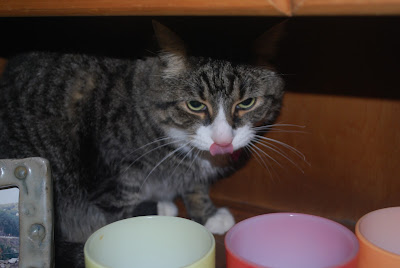 But Gelfling and Ozzy aren't afraid of crazy dogs with new toys. They were way too concerned with fighting over one new toy! 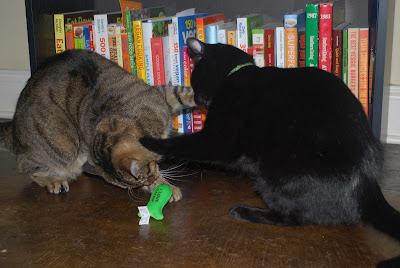 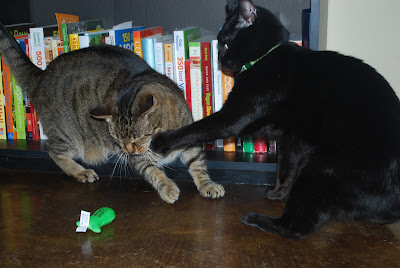 Your kitty's are too cute!

what a fun tradition!

I love that you have so many kitties, but have avoided becoming a "crazy cat lady"! :)

Oh man, those are some jolly dogs. Cutest solstice tradition ever! Seymour is so damn adorable - I never tire of cat photos. :) I also forgot how many cats you have!!

I loved seeing all your babies! They're adorable. :) I'm a little partial to your pittie.

By the way, your book was under the Christmas tree for me at my in-laws' last night. WOOHOO!!!!

By my count, you only have 6 cats, so you're still 10 short of being a crazy cat lady.