Baby Showers Are Tolerable When They're Vegan Parties

I don't much care for babies. Baby kitties? Yes. Baby puppies? Totally. But baby humans? Ugh. Just not my thing. They're okay when they're, like, three and walking and talking. But the squirmy newborns? No thank you.

But I do realize that people have to have babies to continue the species, so I'll forgive my friends when they get knocked up. Like my friend Shay, who is having a kid this January. She had her baby shower today. Although I don't much care for baby showers, I do like any party that features delicious vegan food. And this party was 99 percent vegan (there was a dairy cheese pizza, but there was a vegan one too!).

Shay's a chef instructor at Viking, so this bitch can cook! Her homemade pizza is the best I've ever had. She makes her own sauce and crust, and this one is topped with Daiya, black olives, and spinach: 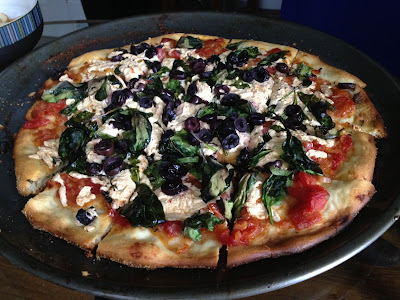 I'm not sure who made this hummus, but it was spectacular. Just the right amount of creamy and lemony: 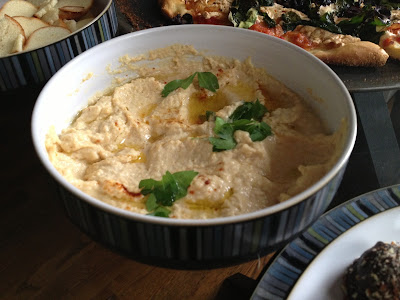 My friend Lara made this vegan caviar with black-eyed peas, tomatoes, corn, avocado, and some other stuff: 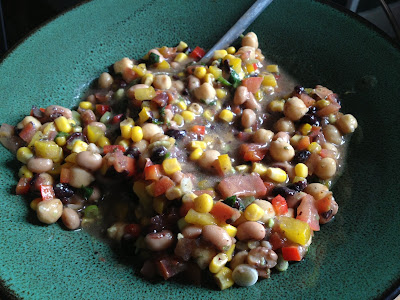 Mike, the baby daddy, made a big crock full of his locally famous (okay, famous amongst our friends) vegan queso (made with cheddar Daiya): 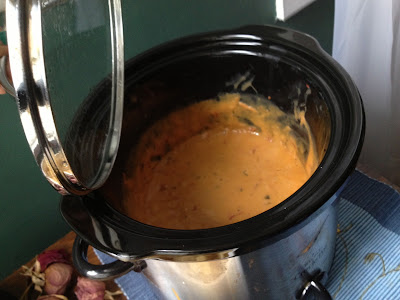 Lara has been brushing up her truffle-making skills for about a year now, and she's finally perfected the art. These Cashew Butter Macadamia Nut Truffles were DECADENT! 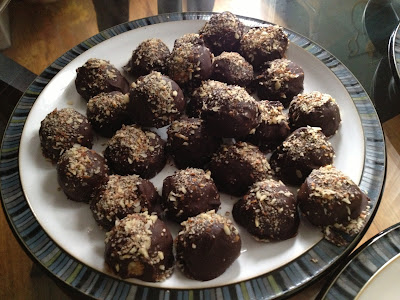 And my favorite master vegan baker, Stephanie, made these little vanilla cupcakes. The "J"'s are for Justin, which will be baby's name: 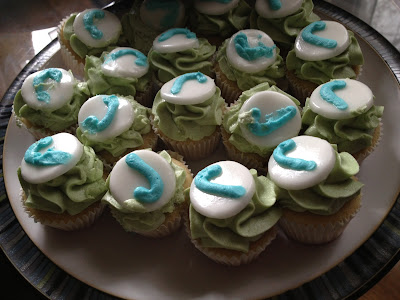 Fortunately, we didn't play any lame squish-the-candy-bar-in-the-diaper shower games. Just a little 80s TV trivia followed by Shay opening gifts. I got the kid a onesie with skulls on it cause, while babies tend to suck, they suck less when they're wearing badass skulls.
Posted by Bianca at 9:12 PM

The title of this post made me laugh out loud ;) I agree with you about the whole baby shower thing but I bet it would be tolerable with a spread like that! I usually can't eat anything at baby showers I go to which makes it pretty much unbearable but I'd be so happy with that spread :)

I've never been to a baby shower, which is cool. But I've also never been to a vegan baby shower with awesome stuff like this. The pizza looks great. Are the parents vegan? Or just super cool? Will they be raising the kid vegan?? Vegan babies are cool babies.

It's true, babies do suck less when wearing badass onesies ;)

That food couldn't have been at a baby shower...that pizza, whoa!