I hope you had an awesome vegan Thanksgiving! I'll share an update from my family Thanksgiving tomorrow, but tonight, I wanted to share pics from our annual Vegan Friendsgiving potluck, which was held the Sunday before the holiday. This annual potluck is hosted by my friends Vaughan and Nicole, and we've been doing it for years. But like everything else on the planet, the event took a took a two-year pandemic break. So this was our first year back in awhile!

I failed to take any people photos, except this one of folks filling their plates. 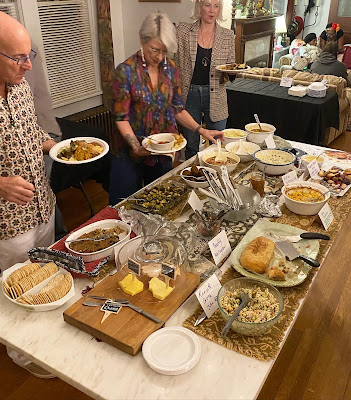 But I have lots of images of food. We'll start with my plate, which was packed full. I had a half-marathon race the next morning, and I try to eat super-healthy the night before any race. But hey, it was a holiday! Not that this food isn't healthy. It's just that casseroles and such tend to be rich, and I ate a lot. 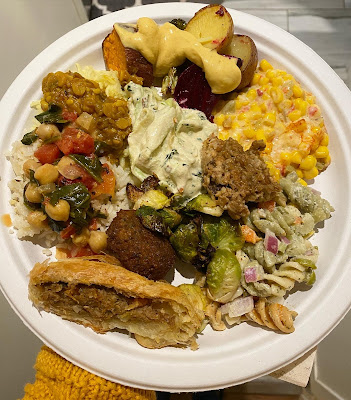 The race went fine, by the way. Not a PR but not a bad time. Anyway, here is a rundown of some of the dishes. People were arriving all night, so more food came in, including a vegan roast and vegan ham, that I failed to photograph. But I did get one of James and Clarita's Vegan Beefy Wellington, which was very roast-like. The inside of the puff pastry was stuffed with a loaf made with beefy crumbles. 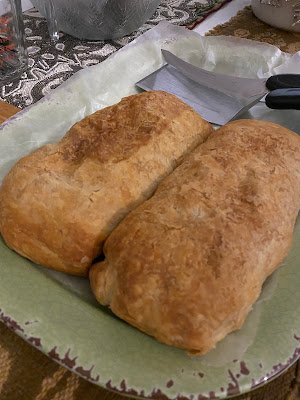 One lady brought the BEST Indian food! So good! In the back of the second pic below, you can also see Steven's tasty Raw Vegan Alfredo Noodles. 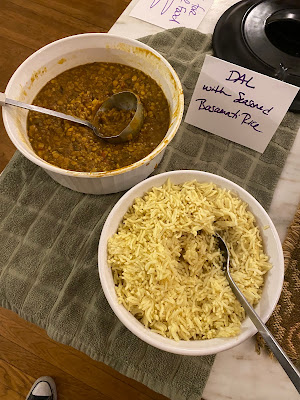 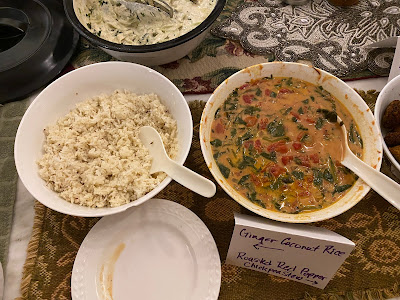 I made my Corn Casserole from Cookin' Crunk — a simple recipe from my granny that has vegan cream cheese, pimento peppers, diced green chiles, and corn. 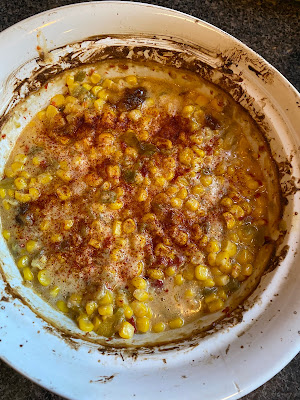 Diane brought this tasty Irish Portabella Oat Stuffing. It was like a baked savory oat casserole with a stuffing-like flavor. 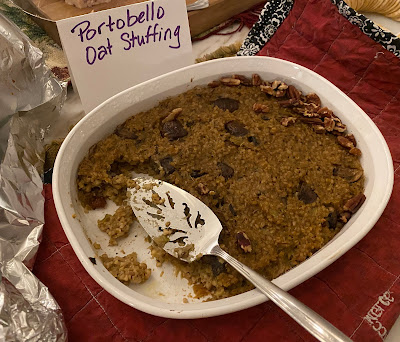 There were Roasted, Mixed Veggies with cashew cheese and Roasted Brussels. 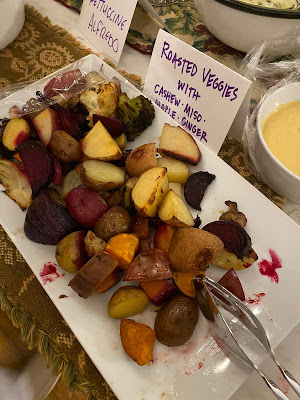 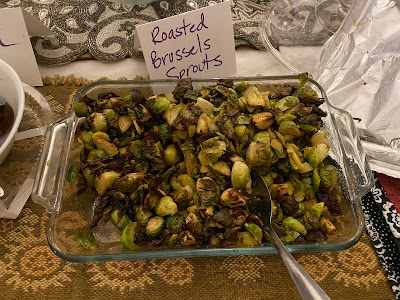 And as a starter, we samples some Violife Vegan Cheeses with wine. 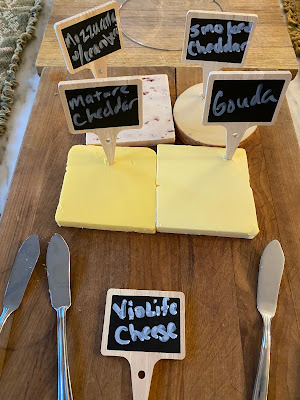 And of course, there were desserts! I didn't get a photo of Amy's amazing chocolate PB pie before it was gone, but I did snap some pics of Autumn's Mini Apple Pies and Megan's Caramel Apple Cake. 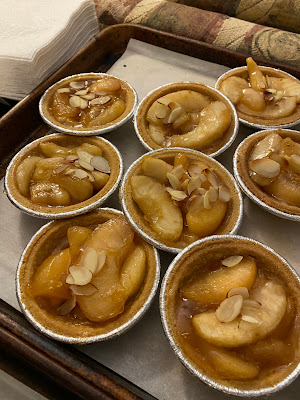 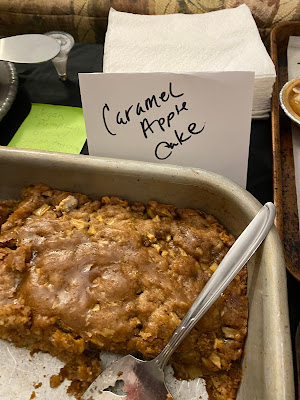 So good! There was so much food that arrived late that I could have made an entire second plate full of new things. But I was stuffed, so I didn't. I'm so glad potlucks with friends are back!
Posted by Bianca at 6:30 PM