Hey there! As promised, I'm back with some vacation pics. I spent the weekend before last visiting my long-time friend Misti in Northwest Arkansas, about five hours from my home in Memphis. She lives in Fayetteville, but we also spent time in Bentonville and Rogers, so I'm calling this my Northwest Arkansas trip. I left mid-morning on Friday, and right around noon, I spotted a Burger King sign on the highway. So lunch was an Impossible Whopper — my favorite road trip tradition. 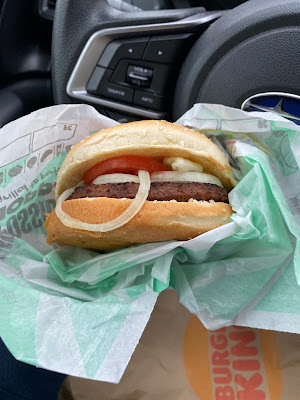 I arrived close to 4 p.m., just in time for a beer. I dumped my stuff in Misti's guest room, and we headed to Fossil Cove Brewing Co., my favorite brewery of the trip! The aesthetic there was just so fun. Lots of dinosaurs and bright colors. 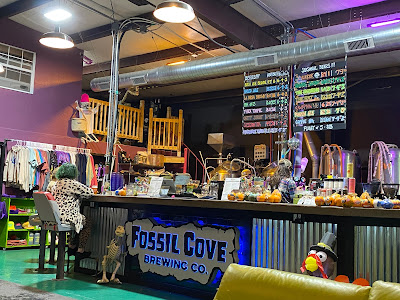 Misti's boyfriend Josh showed up when he got off work. 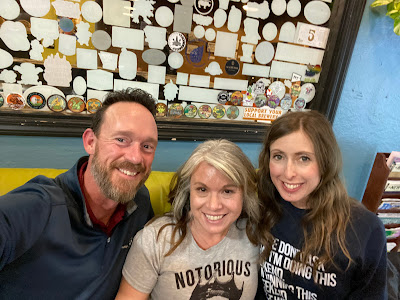 And Misti and I split a Vegan Veggie Pizza while we were there. I didn't even realize they had vegan pizza until we sat down and I spied a menu for the adjoining pizza cart. But it was dinner time, and I was hungry. And this was some very good pizza. 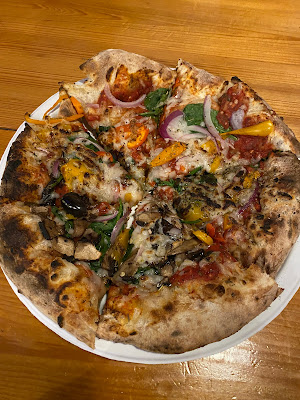 After dinner, we headed for another brewery — White Mountain Brewing Co. in Downtown Fayetteville. I had a nice blood orange IPA there. 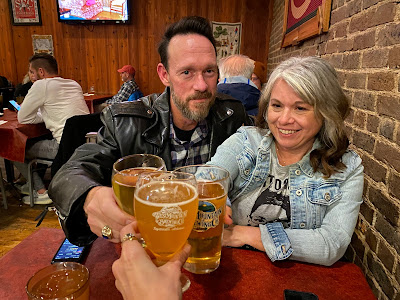 And then our last stop of the night was Maxine's, a cute cocktail bar. There was an Arkansas Razorbacks/LSU game that weekend, and the bar was slammed. But we managed to grab a table and a drink. I got a paloma — grapefruit, tequila, salt rim. 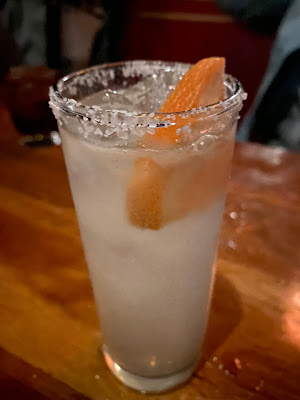 It had gotten considerably colder throughout the evening, and when we left the bar, it was SNOWING! Y'all, it doesn't snow much in Memphis. And when it does, it's typically January or February. Things are a little different in the Ozarks, but snow in November is unusual even there! 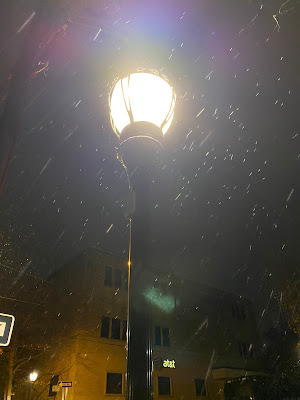 I'll be back tomorrow with a day 2 recap!

Oooh! That pizza looks good (I'm looking at that crust!) Sounds like that trip started off very festively- looking forward to Day 2!