For months (maybe a year??), I've been trying to catch Da Guilty Vegan food truck when it comes to Midtown or Downtown. The truck is typically parked in Cordova, which is a good 20-minute drive from my house, so I never get out there (because I never leave Midtown or Downtown Memphis). But last Friday, they announced they'd be at Wiseacre Brewing in the Broad Avenue Arts District! So Susan and I met up for beers and comfort food (which was extra-needed following Friday's terrifying Roe v. Wade news).

I ordered the Memphis Veef Brisket Sandwich with Fried Okra. I wish you could see the inside of this sandwich because it was a thing of beauty. The brisket was made from juicy seitan, covered in tangy BBQ sauce, and served with coleslaw and pickles. I love that fried okra was offered as a side! 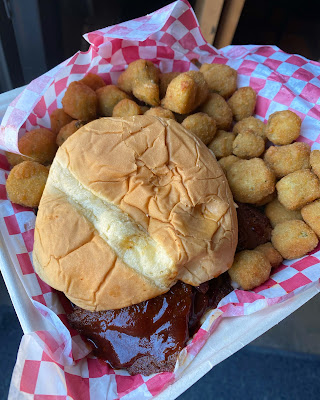 On Friday morning, I had planned to eat Ezekiel cereal for breakfast. I poured some in a bowl, added some monkfruit, raisins, hemp seeds, almonds, and sliced banana. And then I went to the fridge, only to realize I was out of soymilk. So scratch that (I did eat out the banana slices and saved the rest for later though). Instead, I made Eggy Toast with Just Egg and Follow Your Heart American cheese on LuLu's sourdough. 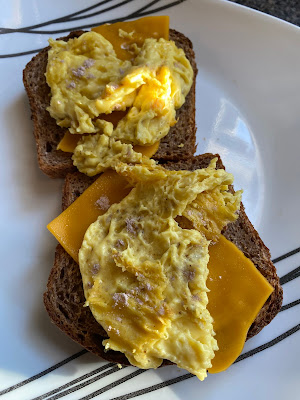 Here's a quick meal from last week. I had some Starlite coupons that I used to get $1 off their Chick'n Enchiladas. These were REALLY great for a frozen meal. Will buy again! 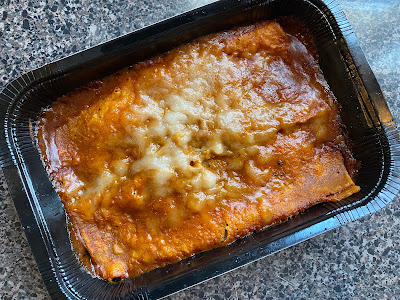 And finally, here's an old chicken sandwich. Ha! I found a Simple Truth Emerge vegan chicken patty in my deep freezer recently. It's been there over a year, and I'm pretty sure Kroger doesn't even sell the Emerge vegan meat line anymore. And honestly, the products were not great. But I decided to try and cook it anyway and see if it was still edible. I coated liberally in BBQ sauce and topped with FYH cheese, and it was fine! No freezer burn. Still kinda bland, but the BBQ sauce helped. 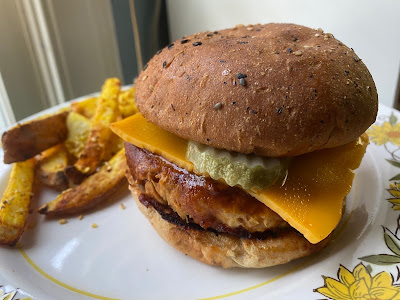