My friend Greg came to town this weekend! Greg used to live in Memphis, and we were BFFs (still are!), but he moved to Kentucky a few years back. He usually comes down to visit a couple times a year, and we try to fit as much as we can into each trip. When he arrived on Thursday, we went straight to Pho Binh, where I got the Tofu Vermicelli with peanut sauce. 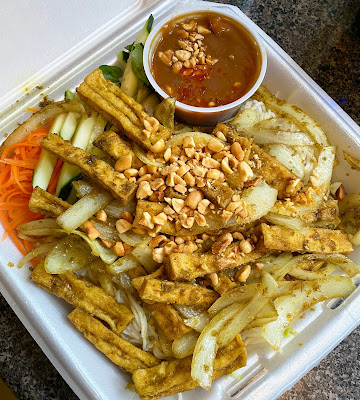 Then we headed to Flip Side for a few games of pinball and Connect Four. I'm usually a champion at Connect Four, but he beat me in multiple games. I did beat him at pinball though. 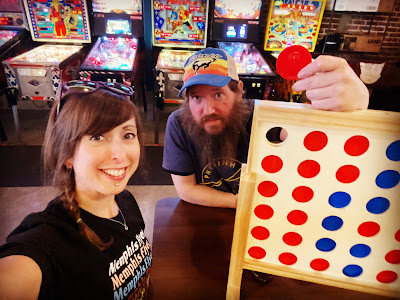 On Friday, we went to Meeman-Shelby Forest State Park for a quick kayaking trip on Poplar Tree Lake. 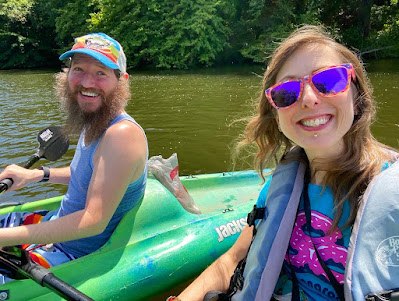 And then we picked up Vietnamese omelets from Pho Saigon. Unfortunately, even though we ordered the omelets with tofu, we failed to specify that meant we didn't want any meat. And when we got our takeout home, we discovered the omelets were stuffed with tofu AND pork. So that went right in the trash. Such a bummer. After that sad situation, we got dressed for the Memphis Zombie Walk. This is annual zombie parade down Beale Street, and it's always so fun. The tourists on Beale have no idea what's going on, and that makes it even better. Greg was "walked through a party" zombie, and I was "got bit on vacation" zombie. 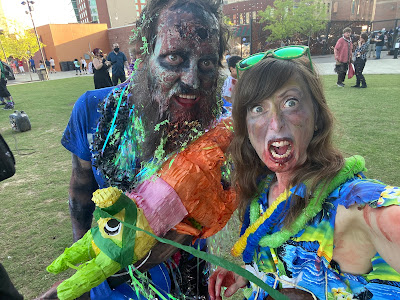 On Saturday, we went to Mid-South Pride — the city's annual pride parade and festival. Our friend Andy came with us, and then we also ran into Vaughan. 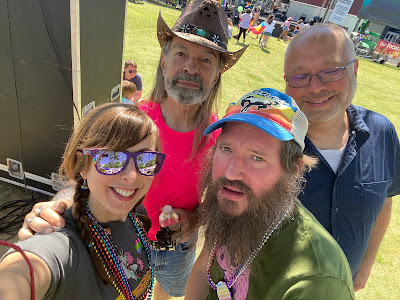 And we ran into Nichelle, who was in town from Ohio. Her Book It earrings are amazing! 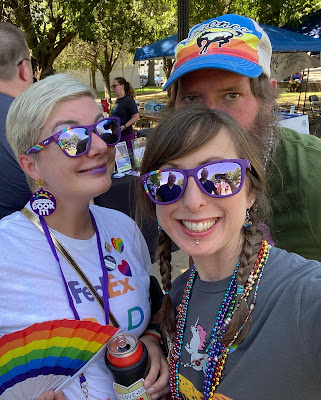 When that was over, we were famished, so we went to Good Fortune Co. for noodles! 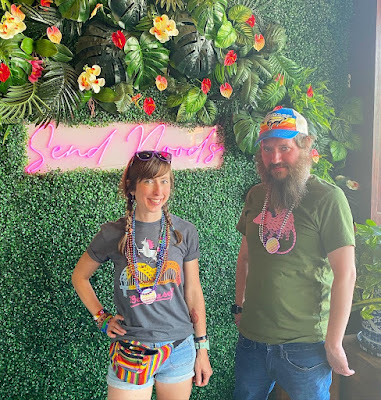 I ordered the Hawker's Style ramen bowl with vegan kaffir lime meatballs and bok choy. This tasted like perfection. 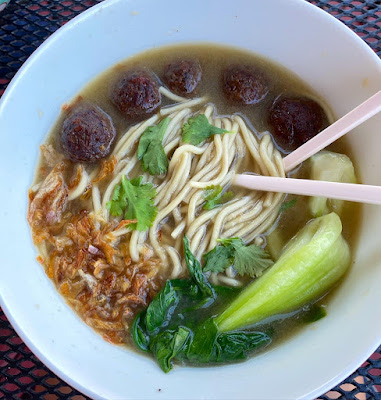 We also split an order of the Charred Edamame, which was amazing. So much better than plain, steamed edamame. My expectations for edamame have been raised! 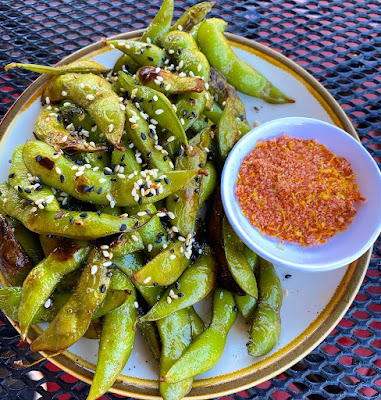 And we each had a shot of unfiltered Sake Masu. 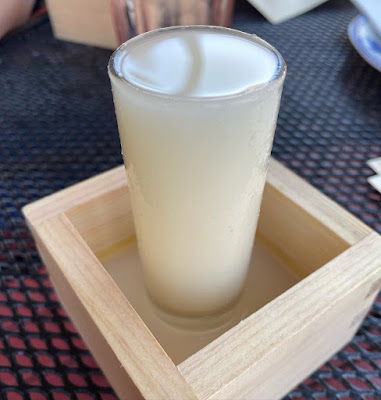 Later on Pride night, we caught a Sissy Dicks show at The Lamplighter. These guys sing silly country songs about gay stuff, and they're hilarious. And then after the show, we closed out the night at The Pumping Station (but I forgot to take pics there). 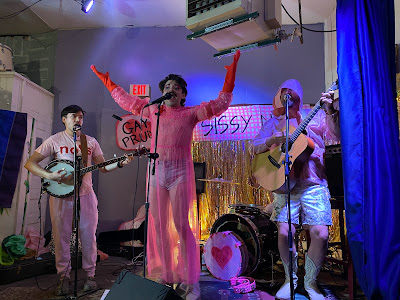 Greg had to go home on Sunday, but we had time for brunch first at Slider Inn. We had planned to eat at Imagine Vegan Cafe, but they were short-staffed, so there was a long wait for food. So we went to Slider and sat on the patio. Paul was off work on Sunday and able to join us and Vaughan met us there. 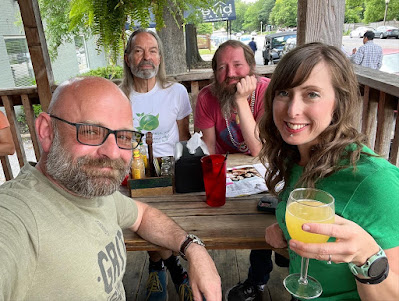 I ordered the Vegan Chilaquiles with veggie burger and a side of vegan ranch. It was my first time ordering this, and it was delicious. 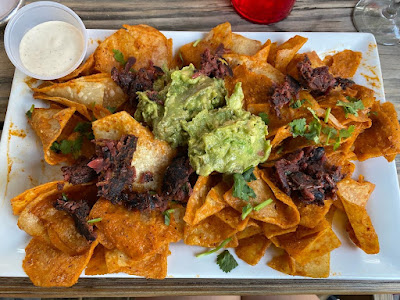 Now that Greg has gone back to Kentucky, I'm trying to get back on my healthy eating thing. I had a great time, but I feel kinda blah from too much fried food and beer this weekend!
Posted by Bianca at 6:30 PM

Oh yes, I remember Greg! You guys really packed a lot into one weekend. All the food looks delicious (although I can see why you would be wanting to eat a little healthier for the next few days.). I'm especially intrigued by the charred edamame- it looks and sounds delicious.

I just tried charred edamame for the first time and you're right- it's AHHHMAZING!