On Tuesday, Paul and I will celebrate our 18th anniversary! Hard to believe it's been that long, but time flies! Since Paul works late on Tuesday, and I have a very early bedtime due to my early work hours (I start my work days at 4:30 am!), we'll likely not have time for more than a champagne toast before bed that day.

So we celebrated on Sunday when we knew we'd have time. Most years, we go to a semi-fancy place for dinner. Never anything too fancy because those kinds of places around here do not have vegan options. But we often end up at Seasons 52 or a nice Thai place. But this year, Paul wanted Italian food because he's on a lasagna kick lately. We looked at every Italian menu we could find, and most did not have very exciting vegan options (just plain spaghetti marinara, no thanks). So we decided to throw out hopes of finding a "date night" place and opted instead of fast-casual. 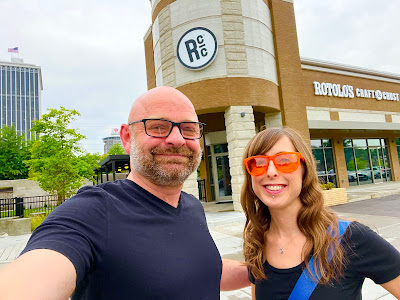 Rotolo's Craft and Crust just opened a location here, and I'd heard they had lots of vegan options. And they had lasagna. So off we went!

We split an appetizer of Tre Beyond Meatballs (minus the parm), which were tasty, seasoned vegan meatballs in marinara. 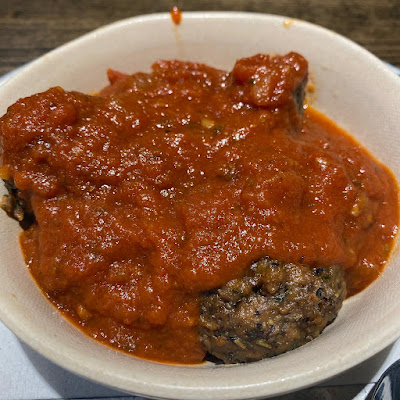 For my entree, I went with the Vin Monster Pizza with Daiya, Field Roast pepperoni, and Beyond Sausage. The pizza comes with non-vegan meats normally, but you can sub vegan meats on any pizza. This was supposed to also have mushrooms, but they forgot those. After I took the pic, the server took the pizza back and they added mushrooms! This was a very good (and very filling) pizza! 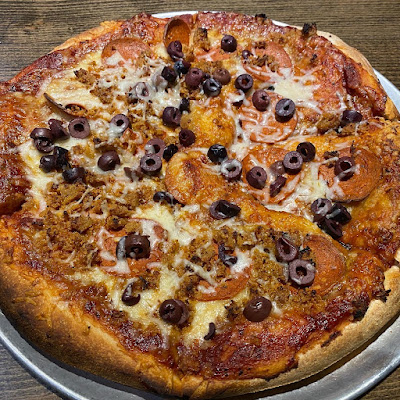 We were stuffed from dinner, but we have an annual tradition of playing pool at Newby's for our anniversary. That's because we met at this college bar way back in 2004 (that was well after college for me, by the way, but we were still very young. I was 23 when we met!). Here we are holding the 1 and 8 balls for 18 years! 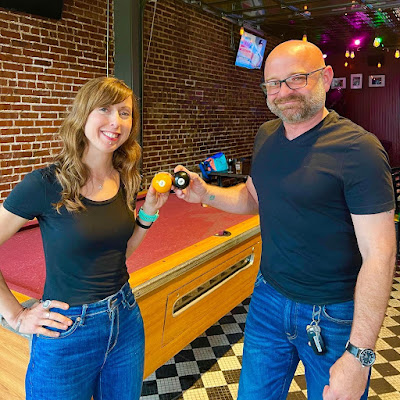 Happy Anniversary!!! 18 years is impressive... ESPECIALLY since you're not married. Relationships are so hard, and sometimes it seems like one reason people stay married is that it's such a huge hassle to go through a divorce. You've stuck together for 18 years in spite of the fact that it would have been relatively easy to split up- you're obviously doing something right, to have a bond that strong holding you together. Congratulations!