Solstice with the Pets!

Well hey there! Remember me? Ha! I've been on vacation from work since December 21, and my routine has just gone to hell. So I forgot to blog for a week. Oops! Plus, I've been busy with holiday stuff and watching Ted Lasso and The Morning Show on Apple TV. Anyway, I'll be recapping Christmas over the next few posts, and then beginning January 3, I'll start posting about my planned January reset.

December 21 was Winter Solstice, which is when Paul and I traditionally celebrate with the pets. 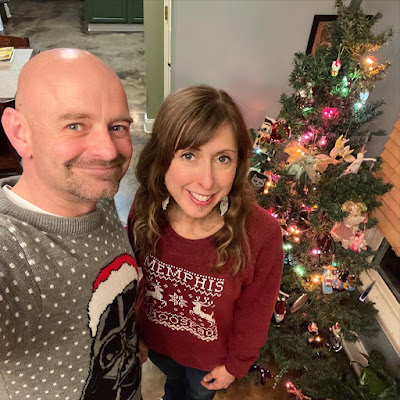 After work (my last day until January 3!), I went home and enjoyed a Yule feast of Holiday Ham & Bean Soup with cornbread. This recipe was from the Llewelyn Sabbats Almanac, and it wasn't vegan. It called for pork ham, but I substituted some homemade seitan ham that I had prepared the day before. The soup also had mixed veggies, blackeyed peas, and white beans. 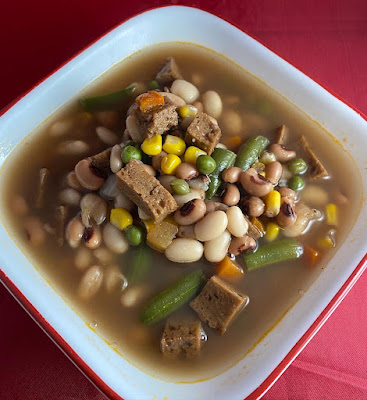 I also made the Winter Solstice Salad from the almanac. This has grapes, pom seeds, cucumber, pistachios, and an olive oil vinaigrette. The mixed greens with red leaves and the grapes and pomegranate were meant to symbolize the red and green colors of the season. 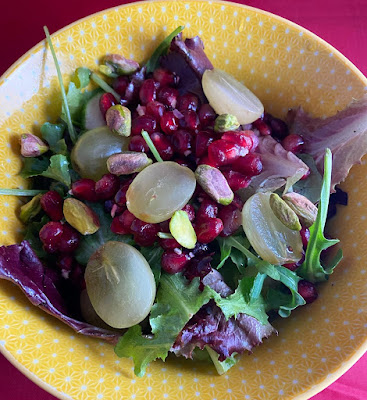 After dinner, we opened presents with the pets! But first, we made them wear Santa hats. Ozzy was mildly annoyed. 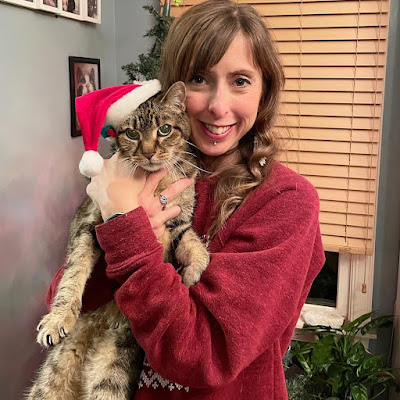 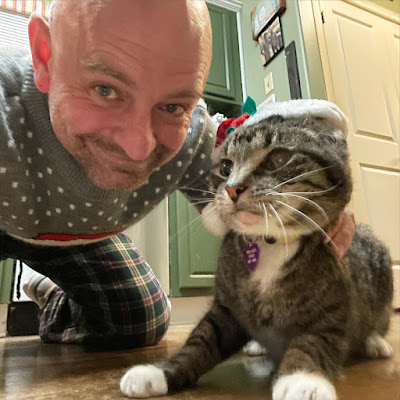 And Maynard stuck his tongue out at us! HA! 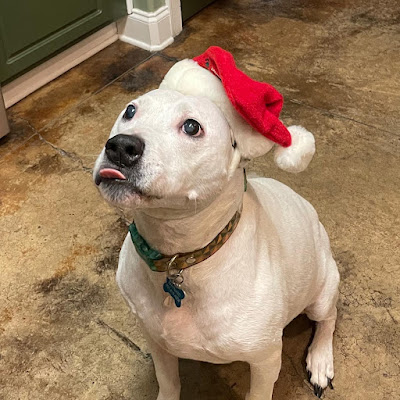 Seymour, the cat who lives on the kitchen cabinets, wouldn't tolerate such antics, so we didn't even bother putting a hat on him. They got lots of treats and toys (my elderly cats still enjoy toys!). Maynard got some EcoBone vegan rawhide bones, and loved those.

Rather than buy presents for each other this year, Paul and I went in halfsies on a nice firepit since our old one rusted out. We built a nice fire in the backyard after we finished presents with the pets. 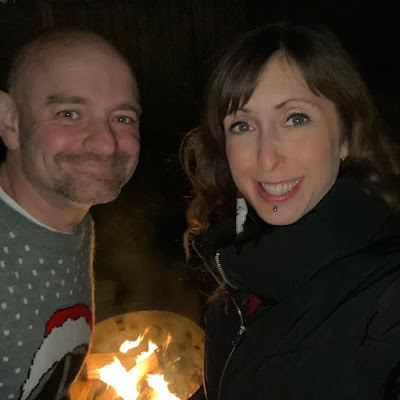 Hope everyone had a happy Solstice!

What a fun and yummy holiday celebration! Can’t wait to see what your new reset will be.

That sounds fun! Our cats got lots of treats and presents this Christmas, starting with the cat advent calendar from Trader Joes (very exciting to get a treat every day!) Pretty funny that you got them to wear the Santa hat- I'll have to try that, although "annoyed" will probably be the key word.