So Delicious sent me some samples of their sweetened and unsweetened coconut yogurts to use in holiday-themed recipes. I'm slowly working my way through the yogurts, and I wanted to check in and share a couple quick and easy recipes.

If you're not familiar with So Delicious coconut yogurt, it's basically the best. The sweetened varieties come in several flavors, but the best ones — in my opinion — are the Plain and Vanilla. They're the most versatile for use in recipes, and they're amazing on their own with fruit, nuts, and granola. They're smooth and creamy, unlike some other vegan coconut yogurts that tend to be chunkier. 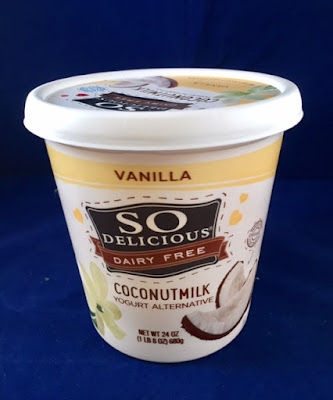 I used the Vanilla Yogurt Alternative (as they call it) to create this awesome Autumn Harvest Yogurt Bowl. I've been eating these bowls for breakfast all week, and they're just so good. 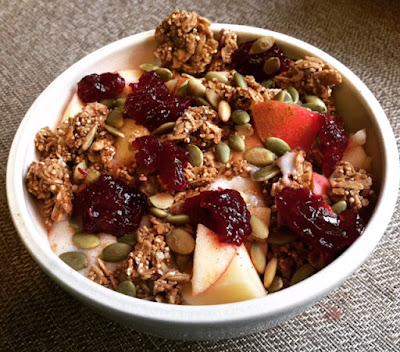 You could sub dried cranberries for the sauce, but if you're like me, you have lots of leftover cranberry sauce from Thanksgiving. And this is a perfect use for it! The smoothness of the yogurt, the sweetness of the apple, the nuttiness of the seeds and granola, and the tartness of the cranberry combine to create an explosion of fall flavor. Seriously, make this bowl. 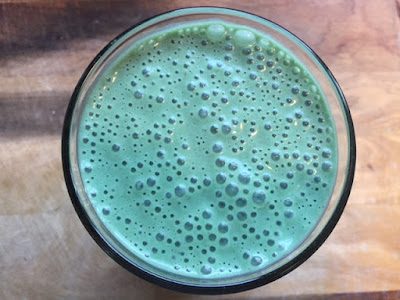 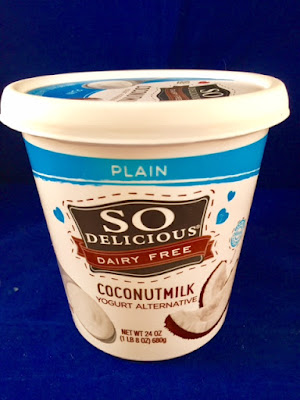 Yogurt adds a creamy richness and tanginess (plus plenty of probiotics!) to a smoothie. I've been adding a scoop of yogurt to most of my post-run protein smoothies lately, but this combo has become a favorite.

Watch for more yogurt reviews soon! I'll be creating recipes with the So Delicious unsweetened plain and vanilla varieties soon.
Posted by Bianca at 9:00 PM

That autumn harvest bowl is beautiful!! I'm definitely going to have to give that a try, it looks and sounds absolutely delicious!

Thanks for these recipes, both look delicious!!