Wild Garden — the company best known for its hummus — has new line of packaged marinades and heat-and-serve pilafs. They sent me a lovely care package to review on the blog. There were three marinades (Persian, Schwarma, and Turkish) and three pilafs (Bulgur, Couscous, and Rice & Lentil), some recipe cards, and a fun Wild Garden apron! 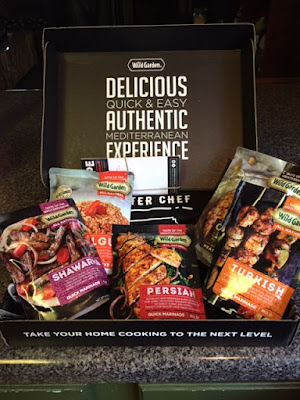 Unfortunately, one of the pilafs wasn't vegan. The Rice & Lentil contained butter, so I gifted that to a co-worker. But the remaining products were all animal-free! I've tried a few things, so I thought I'd go ahead and review those now, and I'll save the rest for a post in late January. In just a few days, I start my Reset & Restore challenge, so I'm knocking out as many review posts as I can! 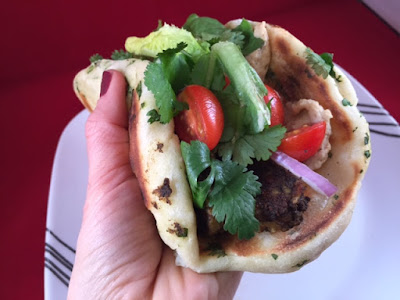 I used a recipe that was included in the care package, but it was so easy, I didn't even really need a recipe. I simply sliced a package of tempeh into strips and steamed it for about ten minutes to remove any bitterness. Then I poured the Schwarma marinade — a mixture of cardamom, cumin, herbs, and oil — over the strips and let them rest for 15 minutes. 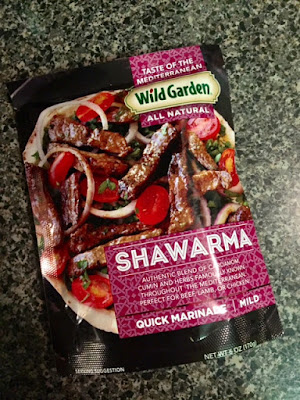 The tempeh was then pan-fried in a skillet and stuffed into homemade naan, along with some roasted garlic hummus, cherry tomato, lettuce, and red onion. That naan, by the way, is from Terry Hope Romero's Vegan Eat World cookbook, and it's just the greatest thing since sliced bread. I made a bunch awhile back and froze it for occasions just like this. 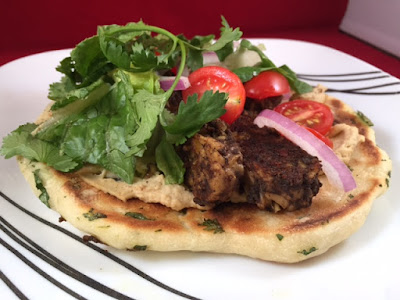 I used the Persian Marinade on some tofu for salads, which I've been enjoying all week. I just poured the marinade (made with garlic, sumac, fennel, and oil) over some cubed tofu and baked it in a 400-degree oven for about 20 minutes. 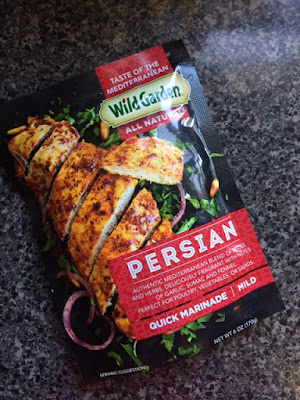 Because the marinade has a good bit of oil in it (the package even suggests using it alone as a salad dressing), I didn't even need to add an oily dressing to my salad. I just added a splash of balsamic vinegar and fresh veggies. The spicy, garlicky flavors from the marinade really complemented the tangy vinegar. 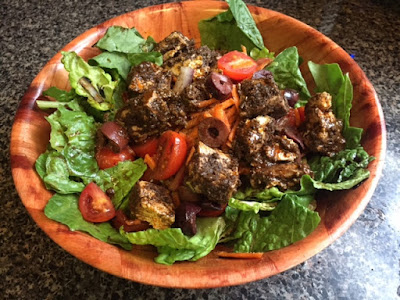 I tried the Couscous Heat-and-Serve Pilaf last week alongside some baked spaghetti squash. 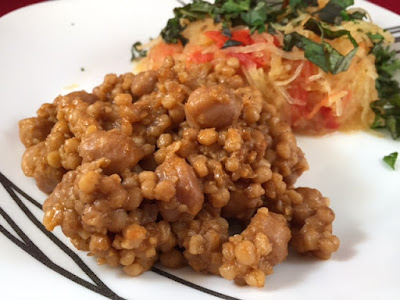 This no-fuss side is already cooked and seasoned. All you have to do is microwave the pouch for a few seconds. Each bag contains about two servings. 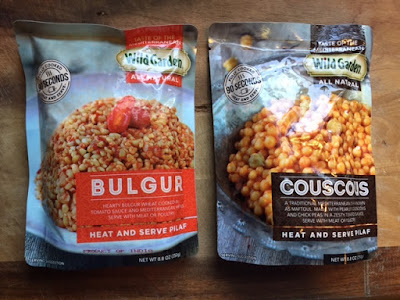 The couscous was a traditional Mediterranean dish called maftoul, which is pearl couscous and chickpeas in a spicy tomato sauce. It had a great flavor that didn't require any extra dressing up. And the grains were soft and tender, just as if they'd been cooked on the stovetop.

I'll be back with reviews of the Bulgur Pilaf and Turkish Marinade soon! But I may not get a chance to try them for a few weeks. I'll check in with one more Stuff I Ate post on Sunday, and then it's all super-healthy reset and restore eats for a few weeks!

That was pretty bad they sent a vegan an item with butter in it.

Homemade Naan is an amazing thing to have in your freezer! Every store made Naan I've ever come across has dairy in it!! It all looks delicious, I'll have to keep an eye out for those marinades!