I met up with my brunch bitches on Sunday at Imagine Vegan Cafe and ordered one of the new menu items — the Spinach Artichoke Quesadilla. This is basically a quesadilla stuffed with Imagine's famous, homemade spinach-artichoke dip. It's just perfect. Great with guacamole. 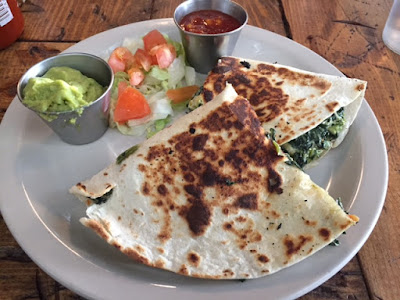 Imagine occasionally offers doughnuts on Sundays, and when they do, I cannot resist. I ordered a Vanilla-Oreo Frosted Doughnut. Mmmmmm. 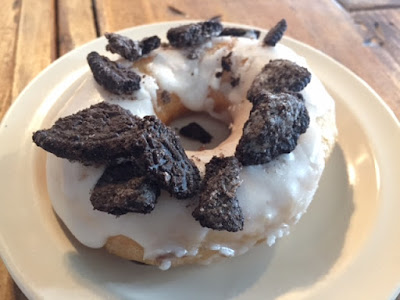 My friend Andy hosted a small gift exchange at his house on Saturday night, and he made his delicious Vegan Black Bean Cream Cheese Dip (just one tub of Tofutti cream cheese topped with one can of Amy's black bean chili and baked in the oven). Mike brought his usual — Vegan Pigs in Blankets, some stuffed with Field Roast Apple-Maple Sausages and others stuffed with Italian Sausage Tofurky. I brought leftovers of each home. Here's a leftovers plate. 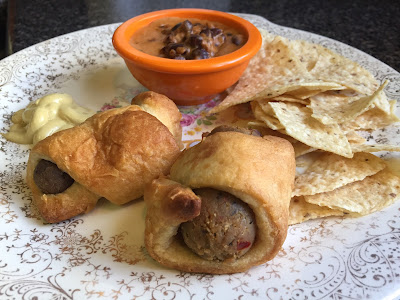 I also used some of the leftover dip on baked potatoes. Enjoyed here with Steamed Broccoli & Cauliflower with Heidi Ho Smoky Chia Cheese. 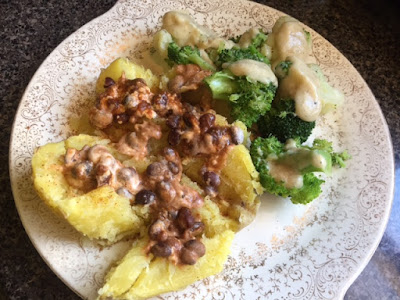 On Monday night, Paul and I had planned to go to dinner somewhere. But it was so cold, so we opted for hot soup takeout and Netflix instead. I got the Vegetable Ramen from Crazy Noodle, enjoyed while watching an especially creepy episode of Black Mirror. 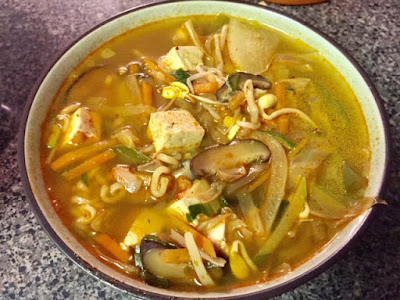 I recently ordered two jars of D's Naturals Fluffbutter — dessert-flavored protein peanut butter — after hearing about it on the Rise & Resist podcast. I had some after a run — one bagel topped with Vanilla Maple Frosting Fluffbutter and the other topped with Chocolate S'mores Fluffbutter. Y'all, this stuff taste like magic. 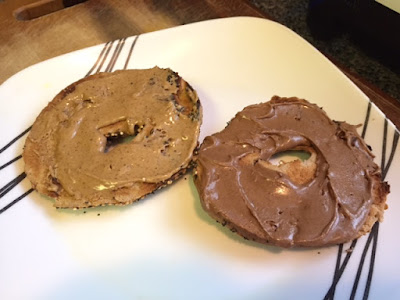 Also had some of the S'mores Fluffbutter in my oats Monday morning. 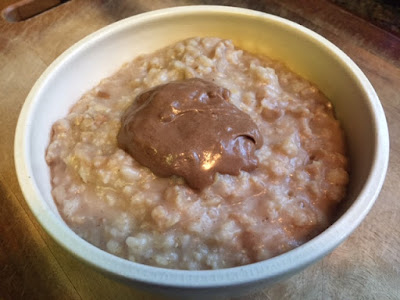 And finally, I'm making an effort to clear out my freezer and pantry in preparation for my January healthy eating challenge (doing the Reset & Restore by Lacy Davis and Jessica Wilkins --- you can still sign up here! Use the code RIOTSNOTDIETS to save 10%!). Today's lunch was some frozen Vegan Bacon, Potato, & Cheese Perogies that I'd made from Baconish awhile back. Sides of Cumin Roasted Carrots and Sauteed Garlic Spinach. 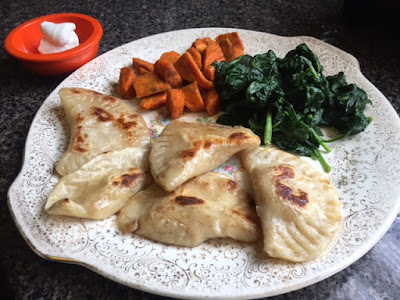 I love Quesadillas and spinach artichoke dip as a filler sounds so delicious, like why have I never thought of that! I love pierogis too!! And that soup!!!