I haven't been eating out as much lately, mostly as a way to make up for that week a couple weeks ago when I literally dined out every day. Nothing against eating out, but when you have a house full of groceries, which I always do, sometimes you need to just focus on what you already have. But I did eat dinner at Midtown Crossing Grill one day last week when my street held its bi-monthly neighborhood watch meeting. I got my usual — the Bianca Banh Mi (yes, it's named after me!). It's a tofu banh mi with red bean hummus, pickled veggies, cucumbers, and jalapenos. So good! 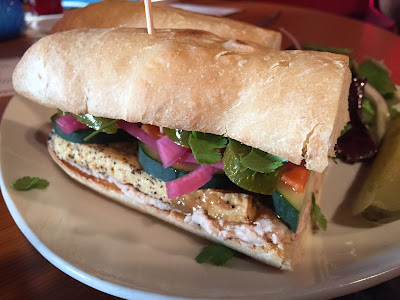 I was invited to a vegan wine and cheese gathering last week, and since I knew the event was coming up way ahead of time, I was able to make homemade rejuvelac and then age some cashew cheese using a recipe from Miyoko's Artisan Vegan Cheese cookbook. I went with the creamy Sundried Tomato & Basil Cashew Cheese. It made a ton, and it was completely devoured by the end of the night! Miyoko's cheeses are just the best! 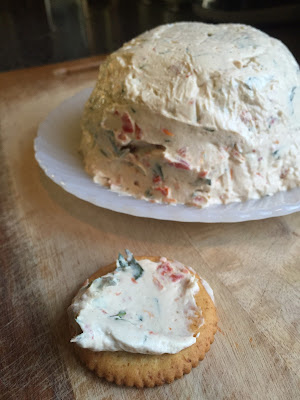 Here's a pretty bowl of olives from that same party. 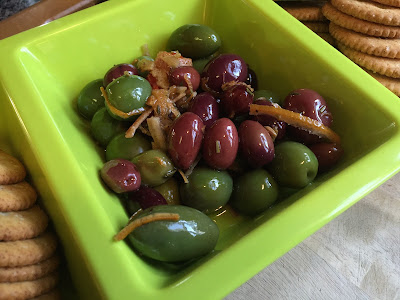 And, perhaps, most importantly, Stephanie brought an AMAZING Vegan Cherry Cheesecake to the party. Because what better dessert to bring to a vegan cheese party, right? This was even more gorgeous after she removed the springform mold, but by then, I was too busy stuffing my face with cheesecake. 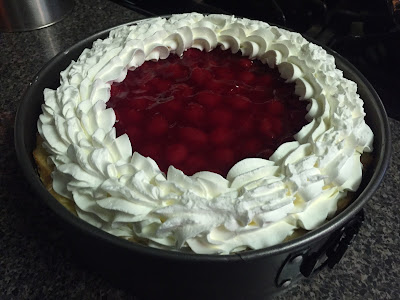 Speaking of Miyoko cheese, I picked up a couple boxes of Miyoko's Creamery cheeses on my visit to Little Rock last weekend. Our Memphis Whole Foods takes FOREVER to start carrying new vegan products, but Little Rock's store gets things more quickly. So I always stock up on stuff we can't get at home when I go there to visit Sheridan. I enjoyed the Aged English Smoked Farmhouse all week with homemade fig jam (from my Granny) and crackers. 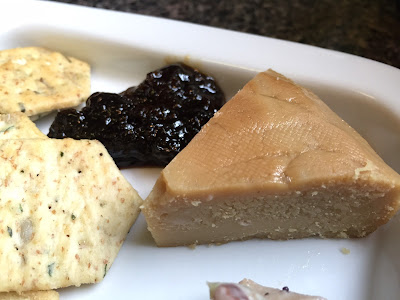 The Little Rock Whole Foods also carries a variety of prepared vegan mock chicken salads in their deli case. Our Whole Foods only has the regular mock chicken salad, but the Little Rock store has a vegan sonoma salad and a vegan buffalo chicken salad. I grabbed a tub of the Vegan Sonoma Salad (soy nuggets, grapes, vegan mayo, celery, and walnuts) to eat with pita chips. Also pictured here is some Treeline Herb-Garlic Cheese that I picked up in Jonesboro (because Memphis doesn't carry that either - our Whole Foods is pretty lacking in vegan specialty items compared with stores in the surrounding region). 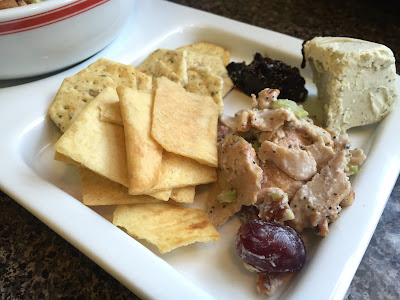 So yeah, I've been eating a TON of fancy vegan cheese lately! But I've also been going old school with the nooch. Last week, I had non-running day breakfasts of Toast with Miyoko's Creamery Cultured VeganButter and Nooch, coconut yogurt, vegan sausage, and fruit. Btw, that Miyoko butter is INSANE! I could seriously just eat it by itself. That was also procured in Little Rock. 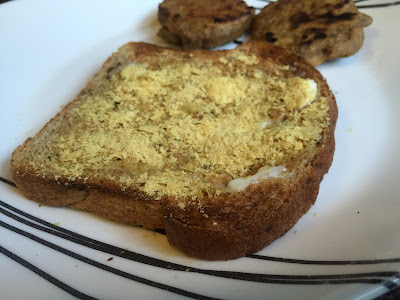 Finally, I just have to share my Saturday night dinner this week because it was epic. Remember those breakfast tacos I shared last week? Well, I ran out of tortillas, but I had leftovers of the other ingredients, so I cooked some brown rice, sauteed some Swiss chard (from the farmer's market), and used the remaining soy chorizo, hash browns, scrambled Vegan Egg, and Daiya cheddar to make these Breakfast Burrito Bowls! 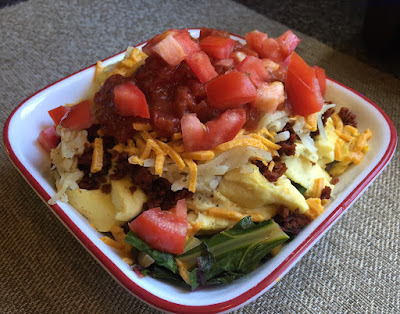 I accidentally made this bowl gigantic. But I ran 7.3 miles on Saturday morning, and by the time dinner rolled around, I was starving. So I consumed the whole bowl and didn't even feel overly stuffed. I love how running allows me to eat so much more food!
Posted by Bianca at 8:00 PM

Wow! An awesome sandwich named after you??? I'm totally impressed. That wine and cheese dinner dinner sounds like the stuff of my dreams.... I love vegan cheese like dr cow and the other fancy nut cheese but my wallet doesn't ;( Gorgeous breakfast burrito bowl!
Ttrockwood

I want everything that you pictured. I have a serious craving for some fancy vegan cheese now! That breakfast burrito bowl looks amazing!

Next time you're in the Rock, pop over to Natural Grocers on Rodney Parham. I believe they carry even MORE vegan cheeses and specialty products. It's truly awesome!

I did the star wars 10k in orlando this past weekend and that bahn mi reminded me of the vegan tempeh hoagie i ate at mellow mushroom. I also had breakfast at Ethos Vegan Kitchen!! Highly recommended! pure awesomeness!