My partner Paul turns 36 on Tuesday, but since he has to work on his real birthday, we had a little celebration this past Sunday on his day off. We started the morning with some not-so-celebratory yardwork. I HATE yardwork, but Paul enjoys it a little, mostly because he grows his own hot pepper plants. We mulched and planted some new habaneros, banana peppers, tabascos, and jalapenos. And I also planted a few perennial flowers because I like things that come back every year. That means less work next year. 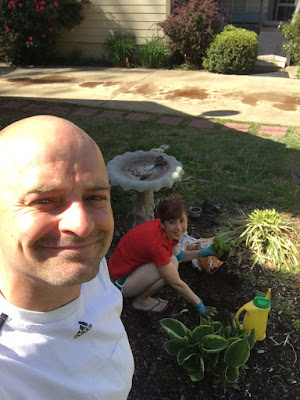 After gardening, we got cleaned up and had birthday cupcakes! I grabbed a couple of Triple Chocolate Cupcakes from Pink Diva Cupcakery for us. I knew we'd be dining with friends later in the night, and I couldn't afford to buy two dozen cakes from Cassi (but I wanted to be supportive and buy something!). So I just grabbed two full-size cupcakes for us and baked some mini cupcakes to share at dinner later. 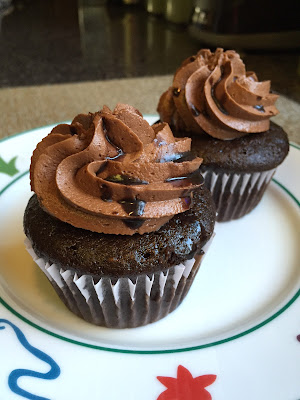 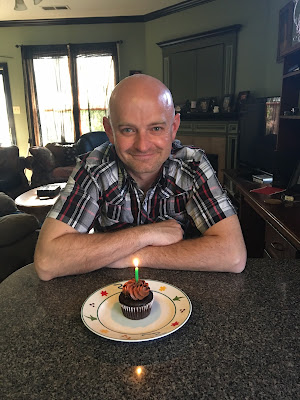 After cake time, we headed to Crazy Noodle — Paul's favorite restaurant — for dinner with about 14 of our friends (Shay had to cut out before we took the group pic!). 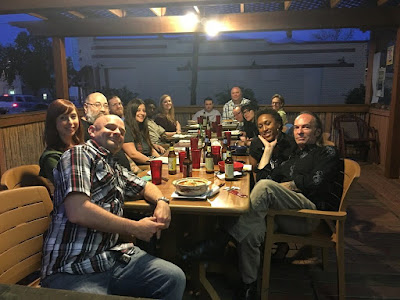 I got the Mandu Guk, vegan-style with veggie broth and no egg. This is one of my favorite soups at Crazy Noodle, but the past two times I've tried to order it, it didn't work out. Last time, they accidentally brought me the wrong soup, but it was still vegan, so I ate that instead. And the time before, they were out of mandu (the veggie dumplings). I was soooooo happy to finally have this soup again! This is made with veggie broth, veggie dumplings, and flat Korean rice cake noodles. 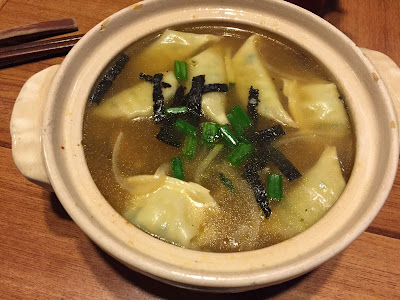 We had some mini Chocolate Cupcakes with Chocolate Buttercream from Vegan Cupcakes Take Over the World. I was out of pastry bags, so I used a baggy with a hole cut in the corner to pipe on my frosting. They looked like little poop-cakes! But I can assure you, they were delicious. That recipe always comes out so moist and perfect! Also, I was out of birthday sprinkles, so I used Halloween ones instead, and I brought half the cakes in a heart-shaped Valentine's cake box (the rest were in a casserole dish with a lid). All the holidays at once! 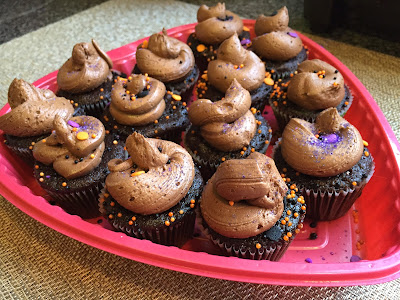 After dinner, a few friends who could stay out later on Sunday night joined us for bowling! We met up at Billy Hardwick's All-Star Lanes in East Memphis. 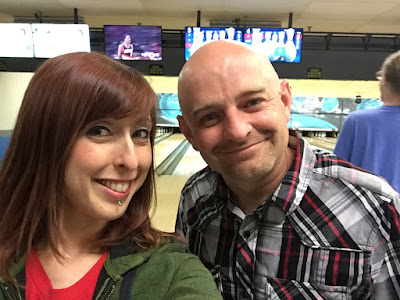 Our friend Emily had a selfie stick in her purse, so we figured why not? 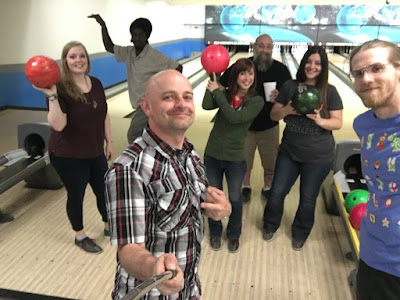 A very proper celebration, indeed.
Y'all youngin's are sooOOOo cute.

Yay! Happy b-day Paul! The cupcakes all look delish' and I am SO with you on the yard work. Today I spend three hours hauling stuff out from under tarps which is probably preferable in my mind to digging and planting things but only by the tiniest margin!