I mentioned last week that my friend Cassi has officially launched her vegan cupcake catering business. You may recall that, at one time, Cassi had dreams of opening a vegan restaurant called The Pink Noodle. But the Universe wanted Cassi to make cupcakes instead. Now the Pink Diva Cupcakery is officially in business.

Cassi launched her online shop last week, so if you're in the area and have a need for vegan cupcakes, hit her up. And today, she held a cupcake pop-up shop to spread the cake love. It was at Co-Motion Studio, the studio where I take hula hooping lessons. And that's only a block from my house in Crosstown. Vegan cupcakes were literally right around the corner. 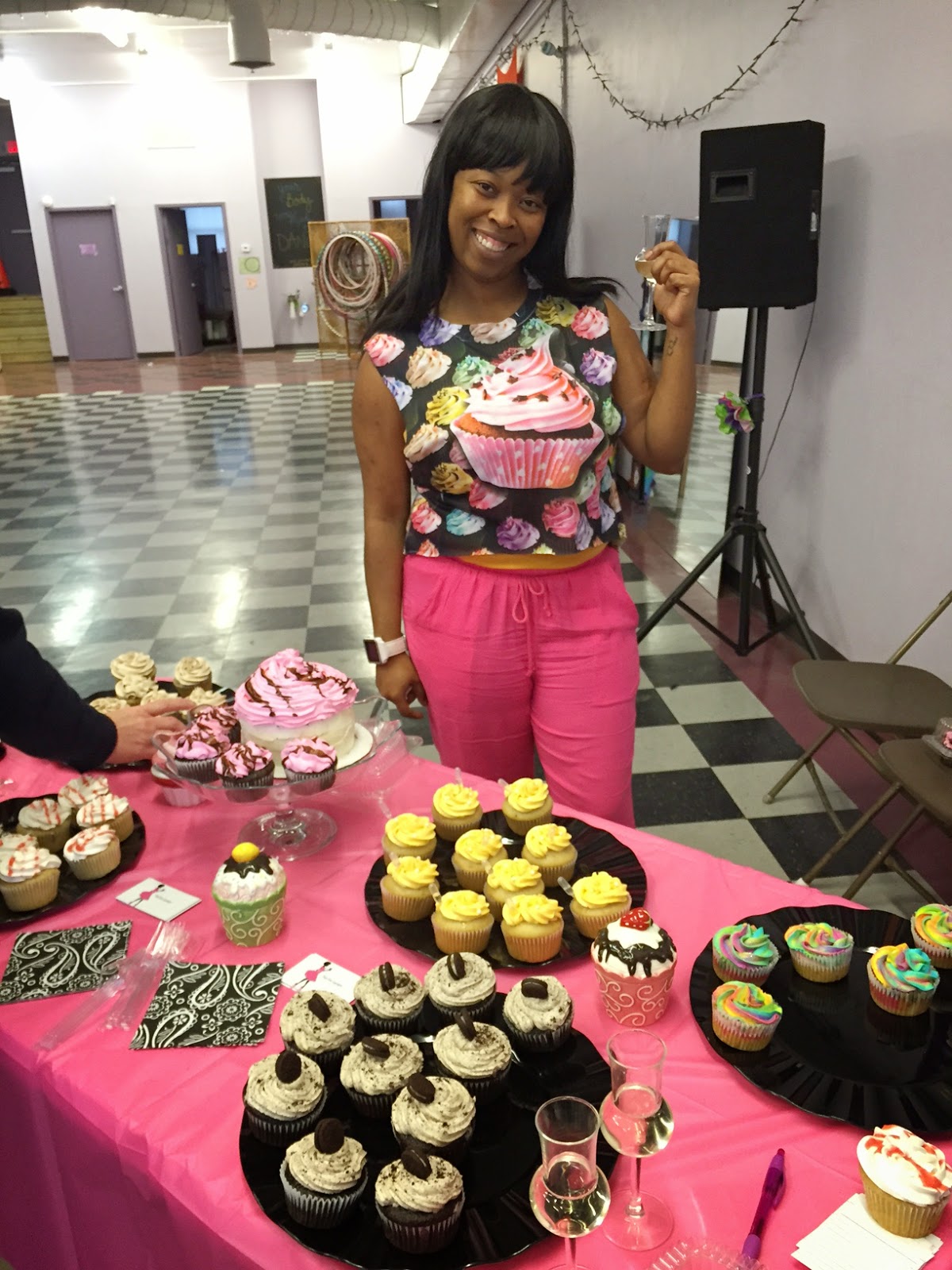 Cassi had a colorful spread of her various flavors. And when I arrived just a few minutes after the 2:30 p.m. start time, she already had a line. Our friend Susan was there loading up on cake. 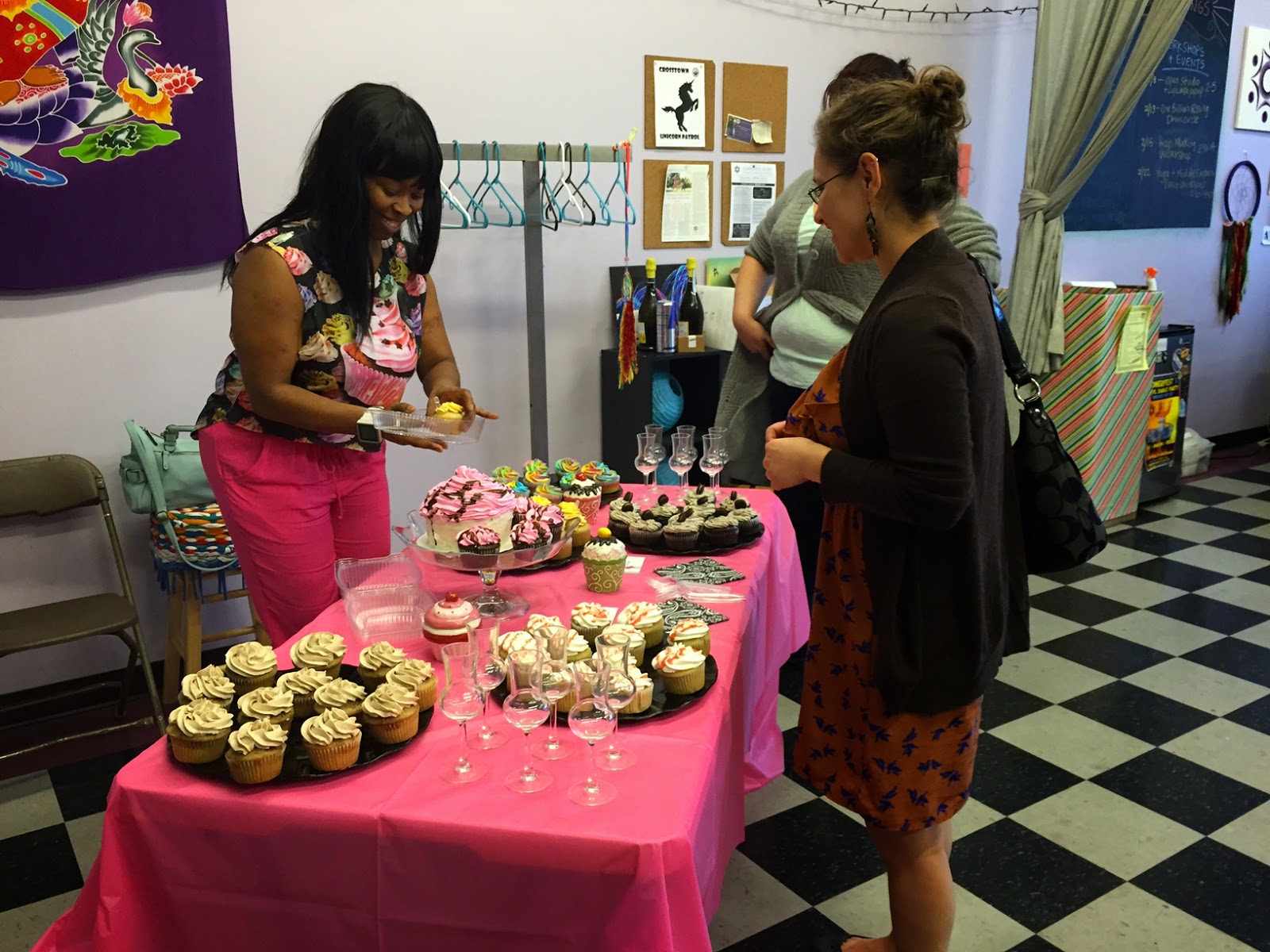 There were Crosstown Unicorn Patrol Cupcakes with edible glitter, rainbow frosting, and champagne cake! Just FYI: Crosstown is our neighborhood, and we kind of have a thing for unicorns over here, hence the name. 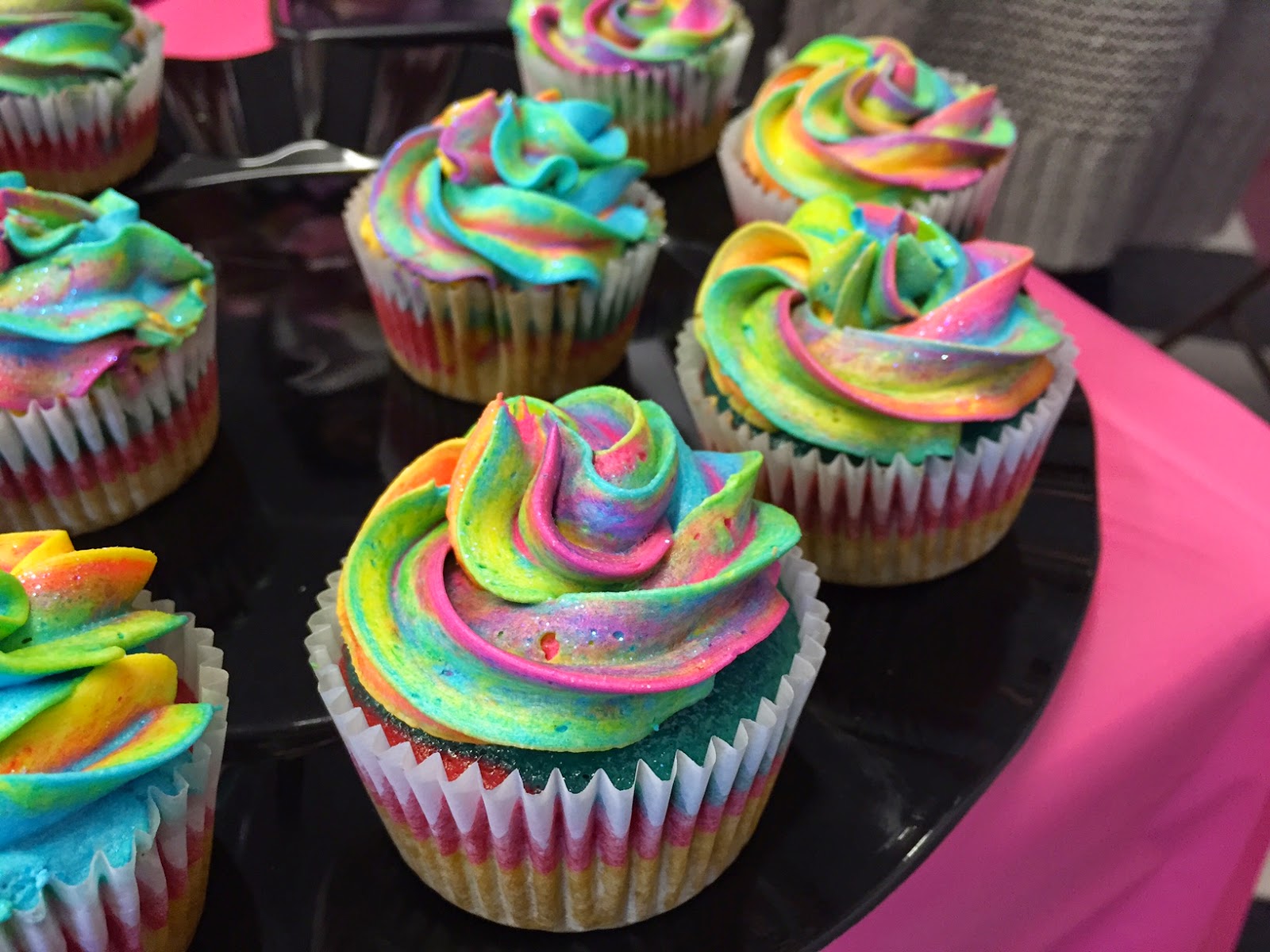 And there were my personal fave — Cookies 'n' Cream! Cassi's cookies 'n' cream frosting is so light and fluffy. 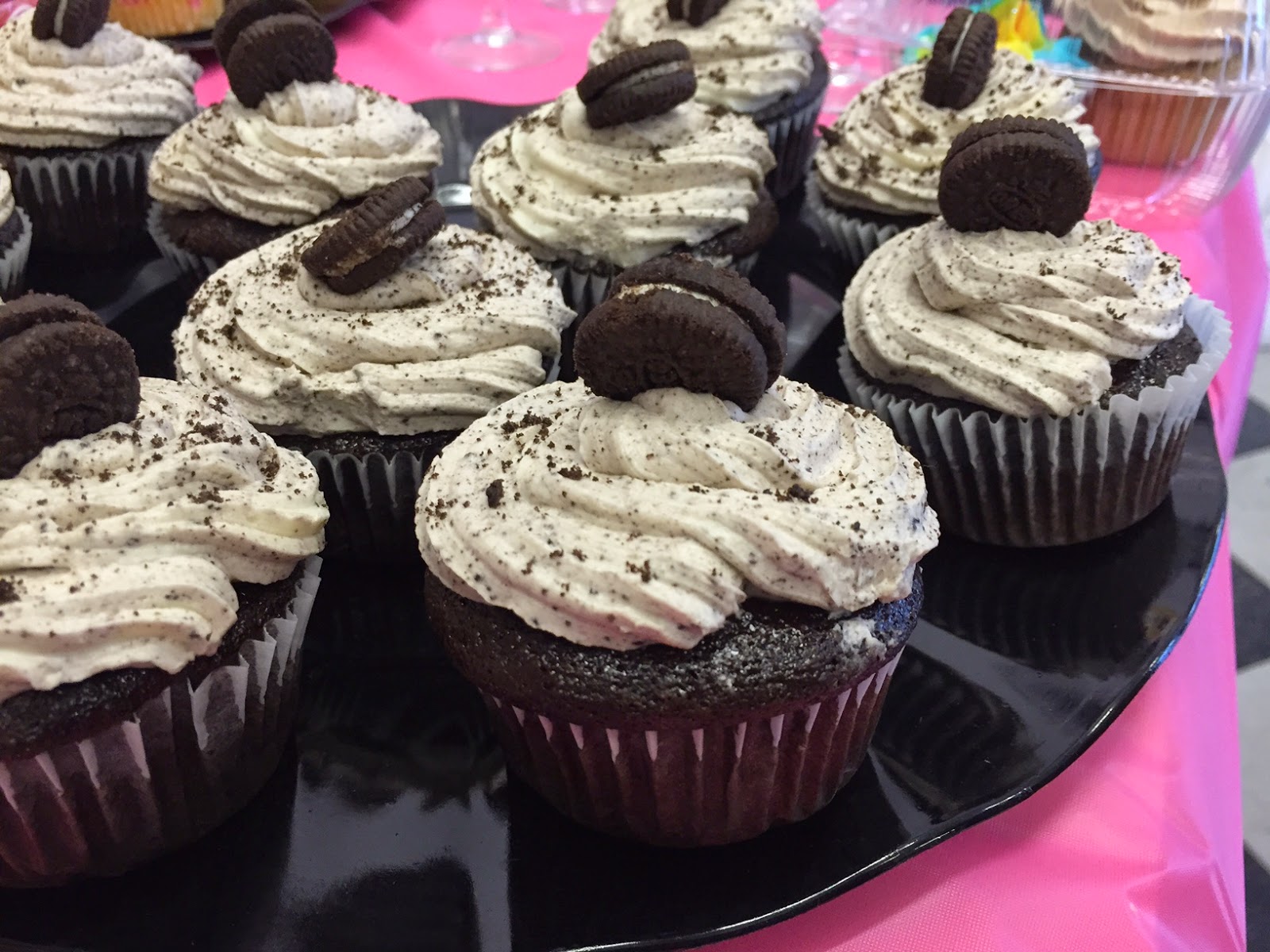 Snickerdoodle Cupcakes! These taste like cinnamon rolls, but they're cupcakes. Wicked. 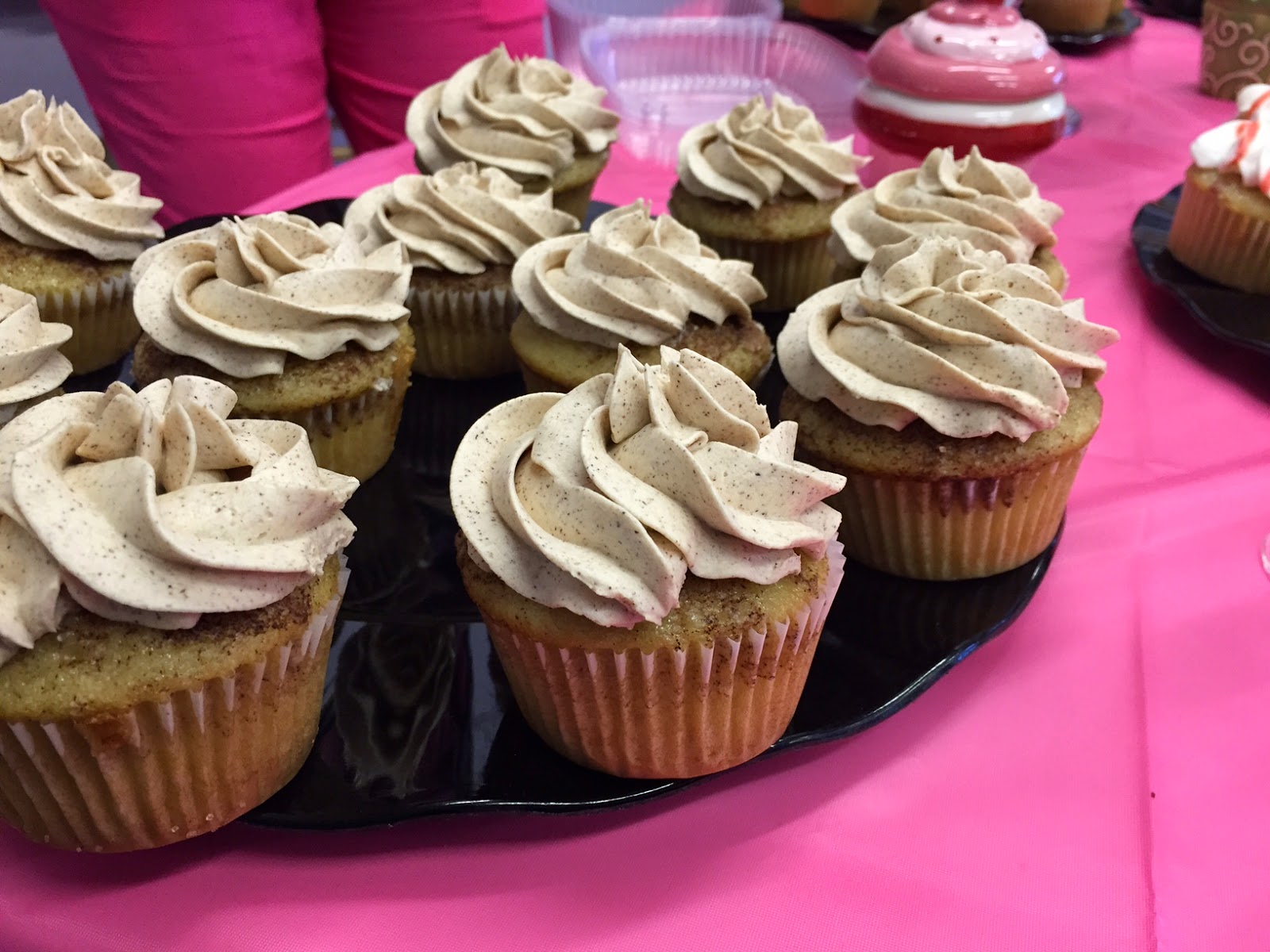 Peach Bellini Cupcakes! These have peach vodka in them, and those little plastic squirter things are filled with extra vodka to infuse a special bite of cake. Also, the inside of the cake is stuffed with fresh peach filling. 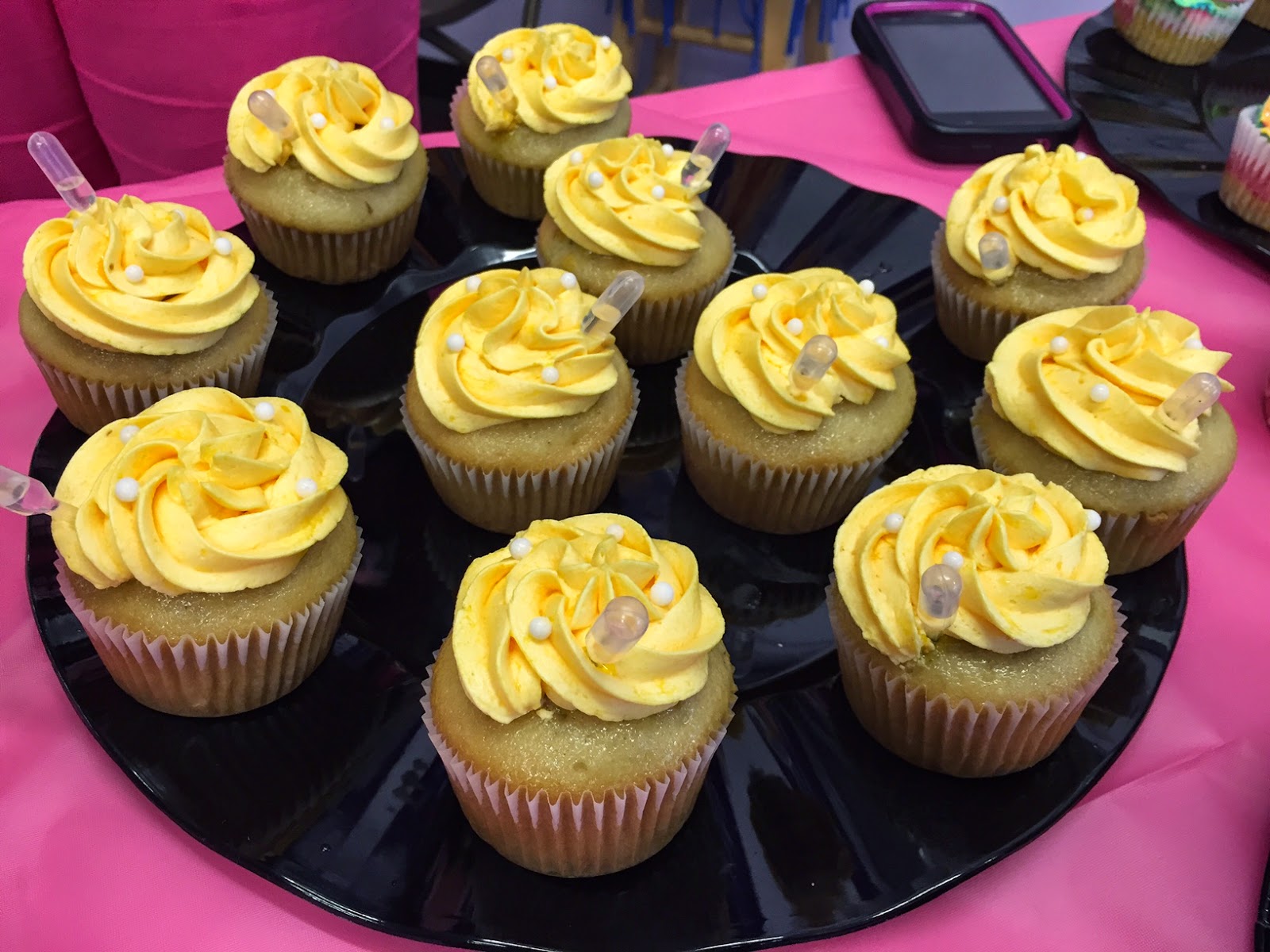 And Strawberry Shortcake Cupcakes! This was one of the few flavors I'd not yet tried, so I grabbed one for tomorrow's dessert. The insides are stuffed with strawberries! 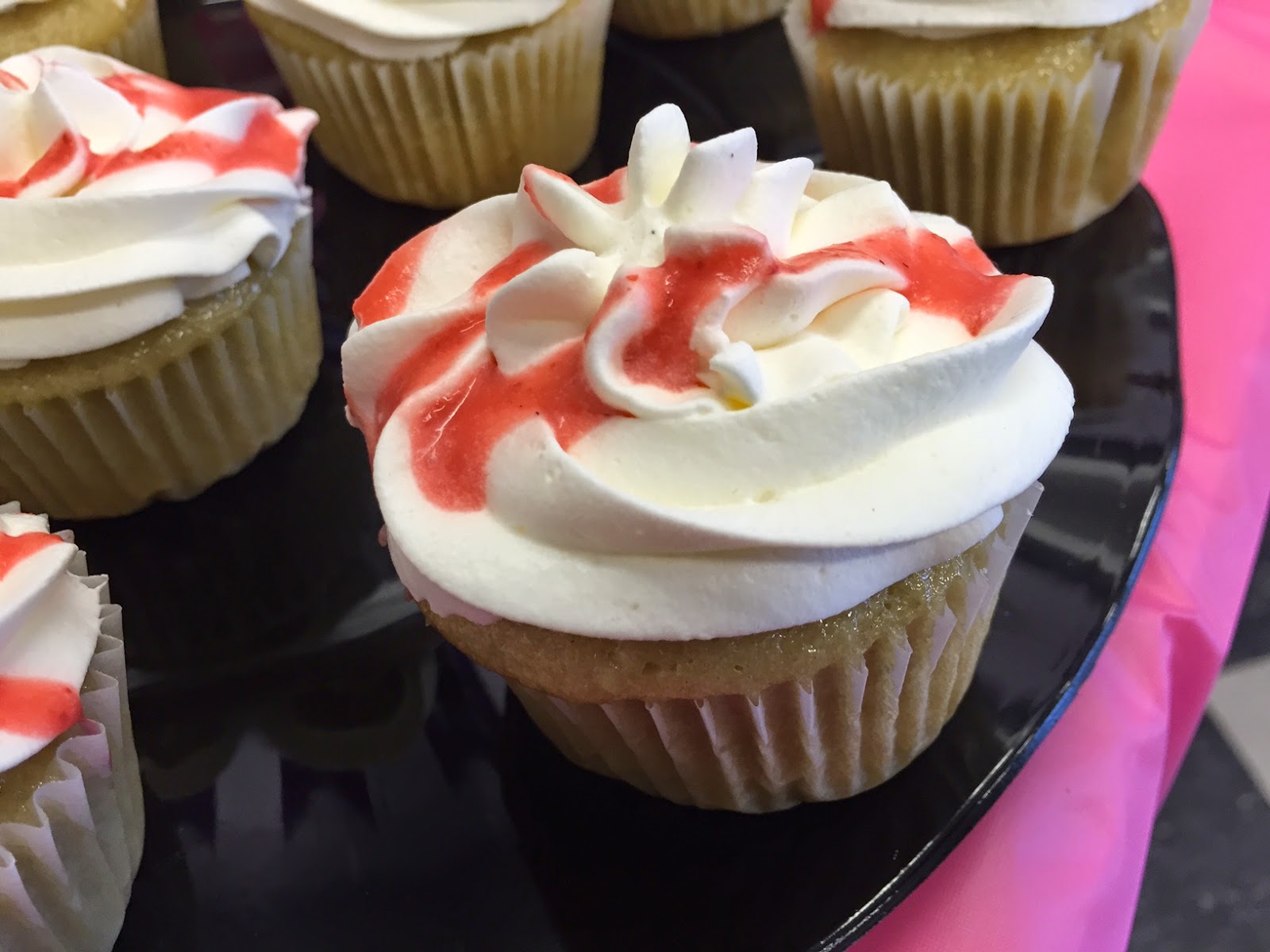 For today's dessert, I got one of Cassi's new cakes, The Diva Delight. It's a chocolate coffee cupcake with a tofu mousse filling, whipped topping, and a ganache drizzle. She's decided this one will be her signature cupcake, and I can see why. It's so good! The cake is moist and chocolatey. The tofu mousse in the center is a tasty surprise. And that whipped topping! As much as I love traditional buttercream, I think I love whipped cream frostings even more. 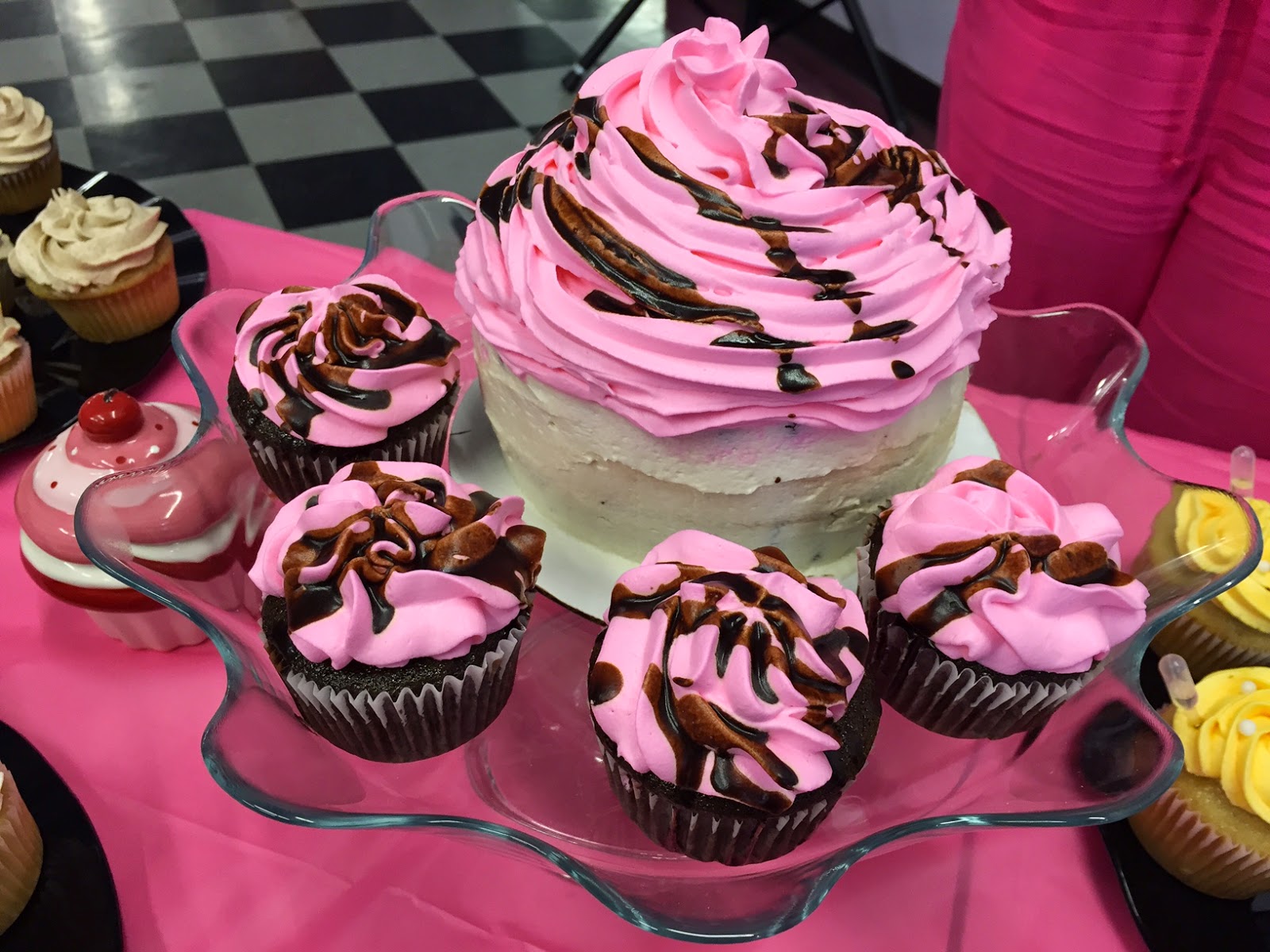 Cassi's cupcakes and mini layer cakes are available on her online store for now, but soon, she'll be setting up shop inside Midtown Crossing Grill. The Crosstown bar and pizza joint will be selling Cassi's cakes regularly!
Posted by Bianca at 10:51 PM

Wow, those look incredible! Congratulations to Cassi, and props to her for bringing more vegan yummy goodness into the world!

Crosstown Unicorn Patrol Party - awesome! Cassi's cupcakes look perfect, no wonder the universe said 'Thou shalt make delicious sweet cakes for the world!'
I wish I didn't live so far away, I'd be all over those snickerdoodles :)

I would move to Memphis just to be closer to those cupcakes!

So mouthwatering.<3
Can you believe I still haven't had a vegan cupcake??

Yayyyyy!!! Thanks Universe for telling Cassi to make cupcakes! They look awesome! I can't wait to try some next time we visit!

Wonderful cupcakes and I love the frosting ideas. Will check out her online store.

This looks so tasty! Snickerdoodle Cupcakes is my favorite, I love cinnamon, it smells so nice and it is also very good for your health.