I'm so lucky. When I bought my house in Crosstown, an up-and-coming Memphis arts district, in 2012, this neighborhood didn't have much going for it. But it had promise. It had potential. It had people fighting for it. And I believed with all my heart that, in a few short years, this area would be the hippest place in town.

And it's happening. The neighborhood is called Crosstown because the anchor is a 1.4-million-square-foot abandoned Sears headquarters that was called Sears Crosstown. It's sat vacant for 17 years, casting a gloomy (yet hauntingly beautiful) shadow over the Evergreen neighborhood (where I live), Speedway Terrace, VECA, and the other surrounding residential areas.


Well, last Saturday, we broke ground on a $200 million project to transform the abandoned building into a mix of medical services, education programs, arts, residential, and retail. The name Sears Crosstown is changing to Crosstown Concourse.

Because the funding and visioning of that project has been underway for a few years now, life has totally blossomed in my little hood. In the past two years, so much new stuff has opened! I'm a short walk from a hula-hooping studio, a music college, the Hi-Tone (a rock club), an art gallery, and the coolest vintage flea market in town. AND A VEGAN CUPCAKE BAKERY! But more on cupcakes in a few.

Just across the street from me, there's a new restaurant called Midtown Crossing. And if you were to glance at their menu online, you'd think the place wasn't at all vegan-friendly. There's nothing vegan on the menu. There are a handful of vegetarian items, but everything has cheese. But they're more than happy to whip up a fantastic off-menu Vegetable Pizza with no cheese. Just make sure you also ask them to leave the butter off the crust. 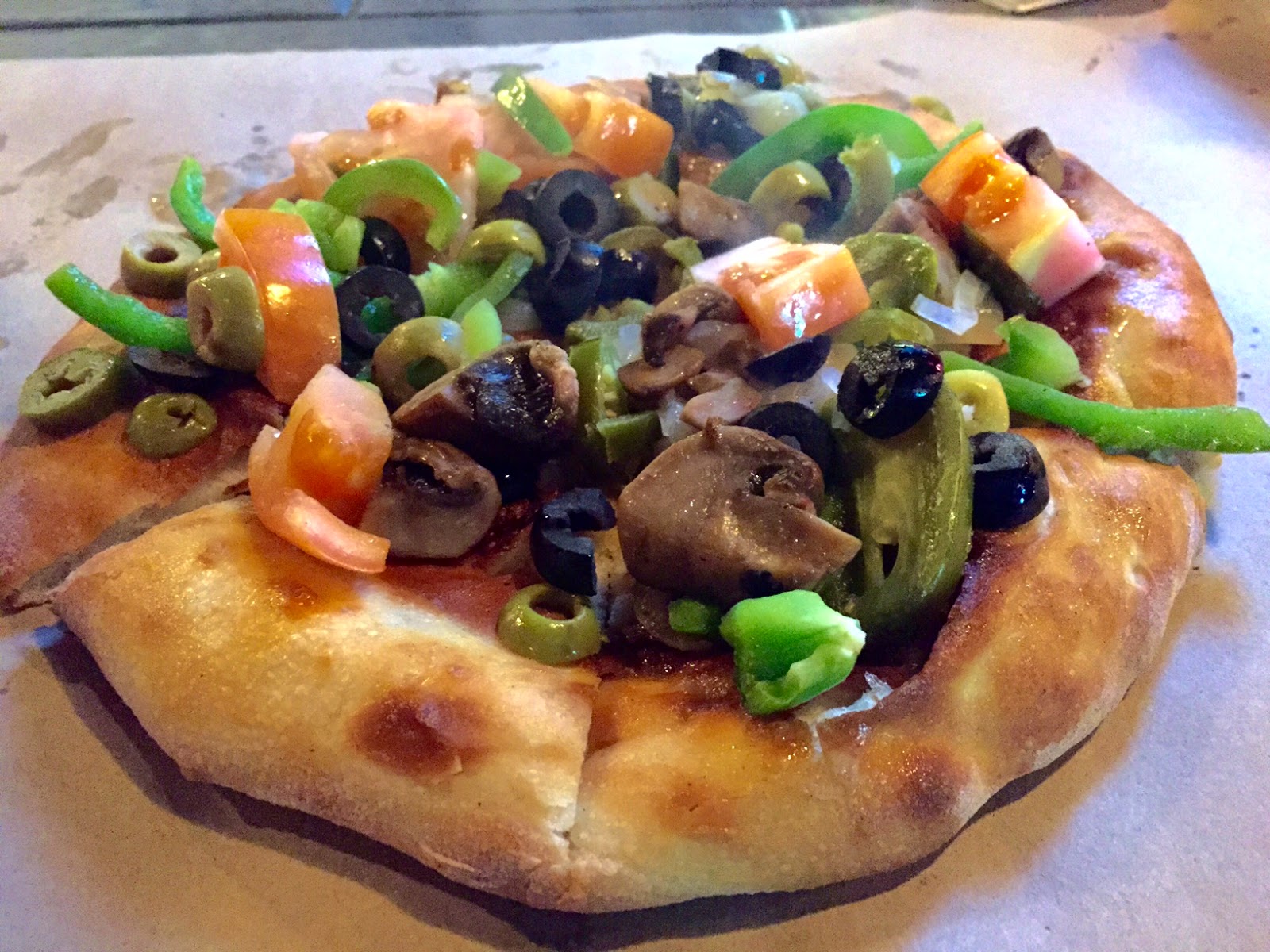 I had one on Friday, and it was fantastic. And I'm typically a girl who snubs my nose at pizza without vegan cheese. But the crust on this pie is homemade and so good that it makes up for the lack of cheese. That said, I'm hoping to eventually convince them to keep some Daiya on-hand for vegan requests. And next time, I may bring my own and see if they'll add it to my pizza.

For the veggies, you can choose any they have. But I went with green and black olives, caramelized onions (so good!), mushrooms, jalapenos, and tomatoes. They loaded the pie high with veggies!

They also have a portabella melt on foccacia bread that could be made without cheese, and they've expressed a desire to add some vegan savory stuff to the menu.

But when it comes to vegan dessert, Midtown Crossing has that COVERED. My friend Cassi recently opened her vegan cupcake shop, Pink Diva Cupcakery inside Midtown Crossing. 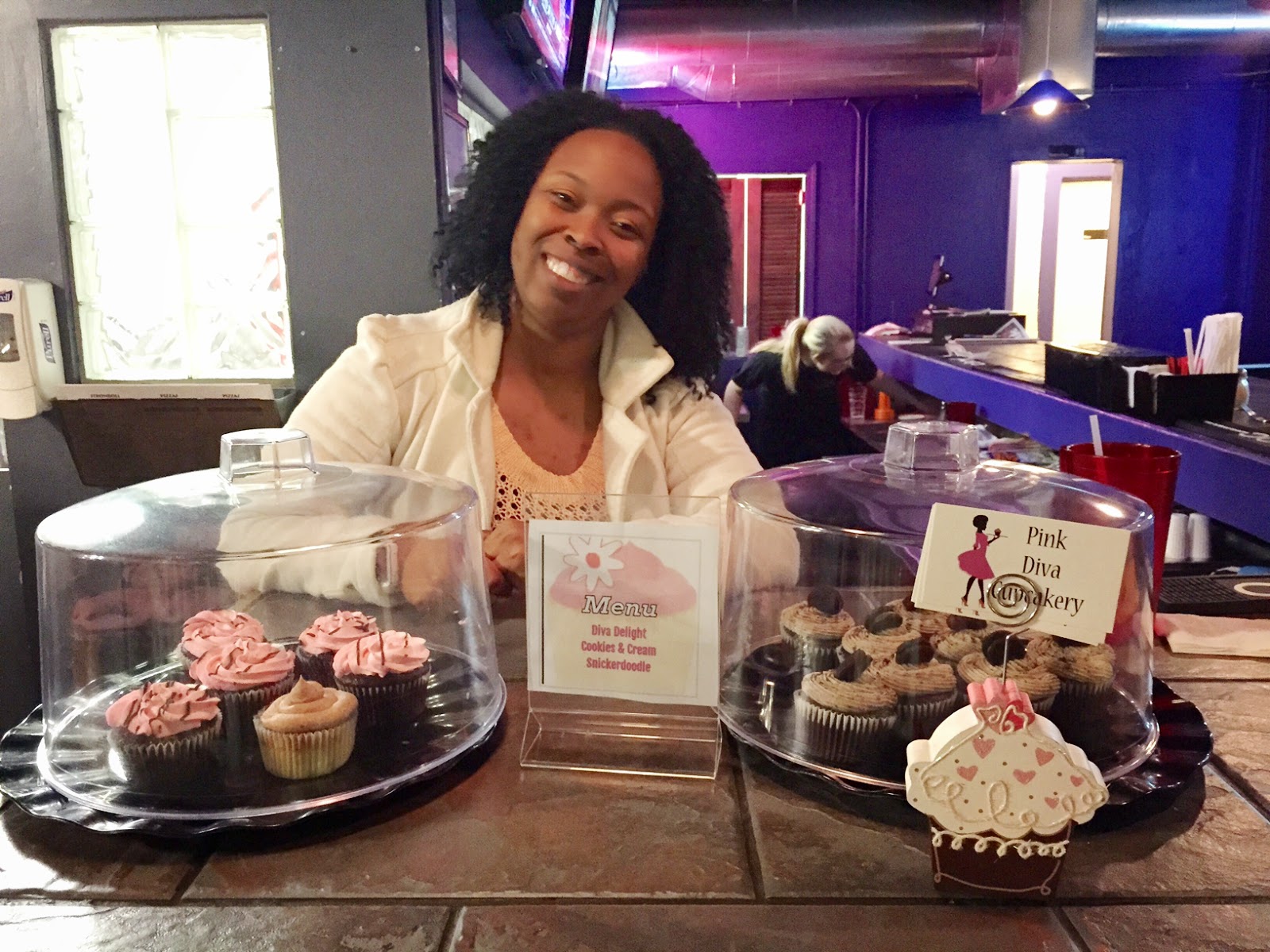 She has a variety of cupcakes for sale daily (except for Thursday, her off day) from 4:30 to 7:30 p.m. (until 8:30 p.m. on weekends). And she also takes special orders, which she prepares in Midtown Crossing's kitchen. When I was there last Friday night for dinner, she had her Cookies 'n' Cream Cupcakes. 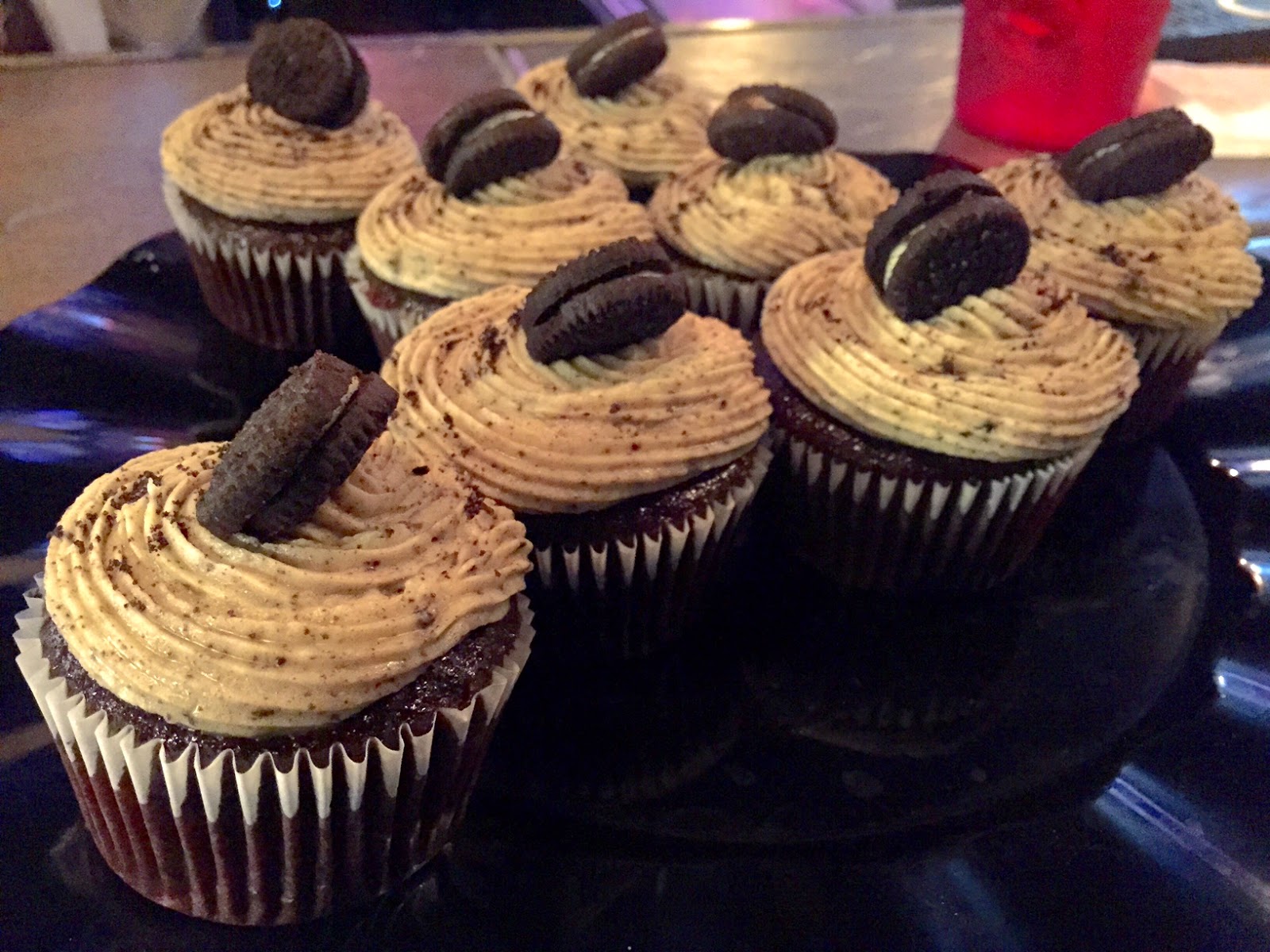 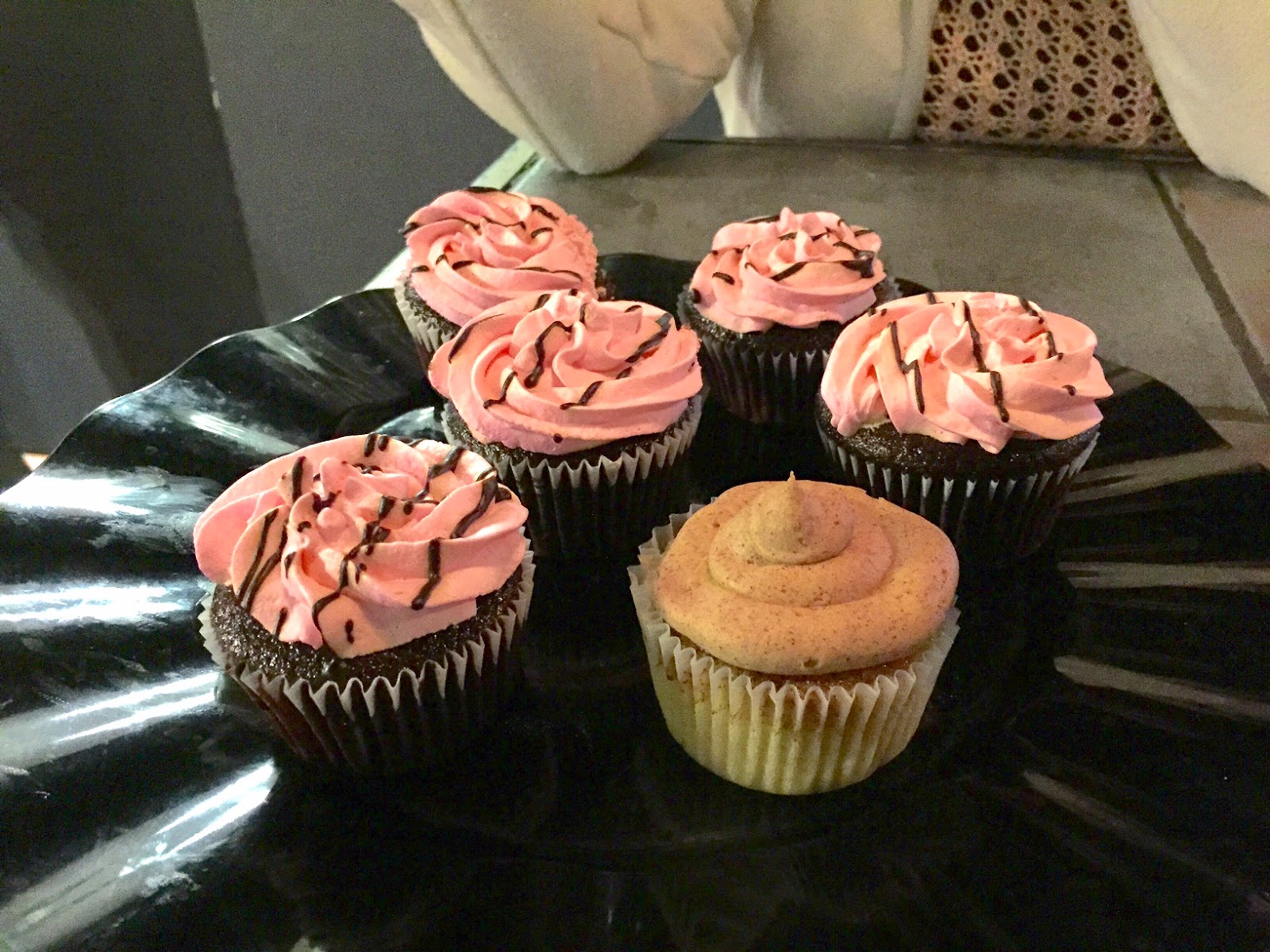 The Diva Delight are my personal fave, but she has some new flavors that I haven't tried yet. There's a new Bluff City Blueberry (vanilla cake with blueberry compote) that I can't wait to try. But I'm on cupcake hiatus for a week. With cupcakes across the street, you can only imagine how much damage I've done lately. I must take a break.

I don't live anywhere near Memphis, but I am a sucker for pizza and cupcakes in any form. Kudos for supporting your friends the way you do!
FYI We are not a vegan family but my daughter's favorite pizza is spinach with Daiya Cheese!
p.s. Like the "I am not a robot" button.

Cassi's cupcakes look so beautiful. Please pass on my kudos to her from across the globe! Maybe one day I will get to eat them for myself. :)