Um, so I totally lied to y'all when I said I'd blog from Vida Vegan Con. My bad. I was having so much hanging with all my vegan blogger buddies, I totally neglected the blog. So now, I'll be re-capping for the next few days. I have almost 300 pictures! But I promise to narrow pics down to a few a day. The rest of the pictures will be up on Facebook by the weekend. Promise.

Paul and I boarded our Delta flight from Memphis at 8 a.m. on Thursday, August 25th. We had a layover in Minneapolis, and with only an hour to grab food and board our next flight, I managed to find tofu! I got the Kung Pao Tofu from Wok 'n' Roll in the airport. Pretty tasty for airport eats: 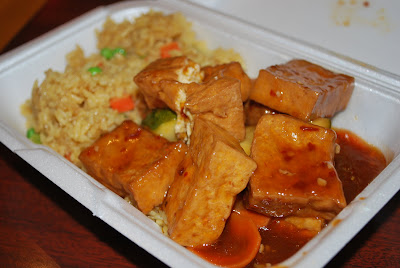 When we arrived in Portland, we checked into the hotel and immediately headed to the pre-Vida Vegan Con meet-and-greet. On the way to the bus stop, only a block from the hotel, we found vegan food carts!!!! Portland is a magical place! This row of carts near Portland State University is home to the famous Homegrown Smoker! I ate there on Friday, but more on that later... 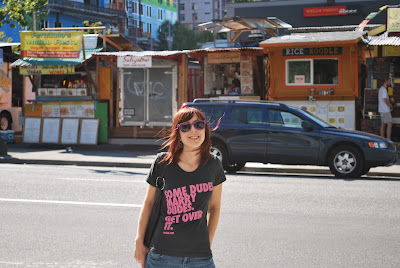 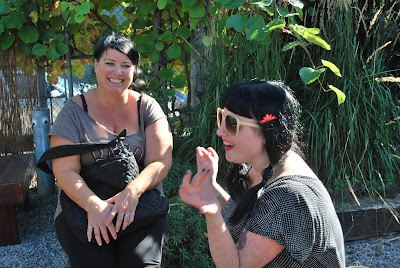 Vendetta only had a few vegan options, but I went with this Tofu Sandwich (tofu rubbed with a cilantro-lime seasoning and topped with garlic-habenero sauce). I never say no to habenero! Pretty tasty. Not for the folks who hate plain tofu, but I love plain tofu so... 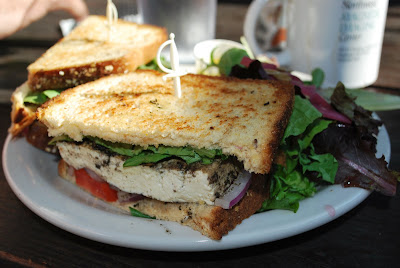 After dinner, it was picture time! I ran into the kale-loving JL from JL Goes Vegan and the super-rad Krista from Sugar Skull! 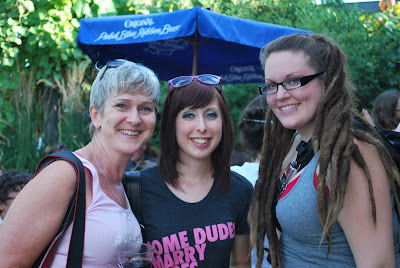 And I finally got to meet my long-time cookbook author idol, Dynise from Urban Vegan ... in case you didn't know, she's written a cookbook of the same name. 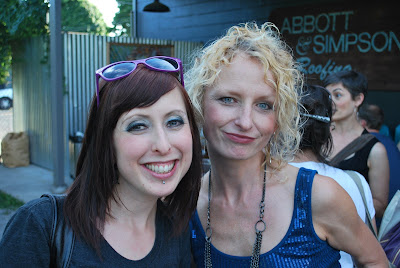 I spent much of the weekend hanging with these awesome ladies: Cat of The Verdant Life and Amber from Almost Vegan (she made some delicious white chocolate peanut butter to sell in the Vida Vegan Con exhibitor room ... and I bought two jars!). 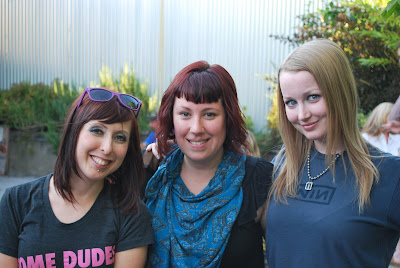 After dinner and drinks, we all headed to the Curious Comedy Theater for a sneak peek preview of Vegucated, a documentary following three omnis who went vegan for six weeks. It was a fabulous, honest, and touching (did I say "touching"?) film. Read more about it here.

When the screening was over, we spent a few minutes chatting it up with hunky vegan bodybuilder, Robert Cheeke! He's the author of Vegan Bodybuilding & Fitness. This man has some serious guns ... way more serious than mine: 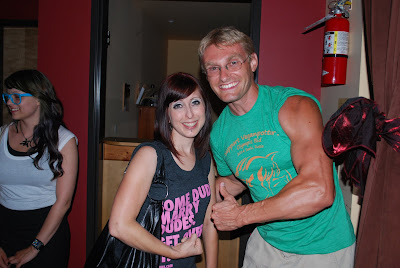 The after-party was at Sweet Hereafter, a totally vegan bar!! What? Yes, a vegan bar where all the beer, liquor, wine, and food is totally animal-free! 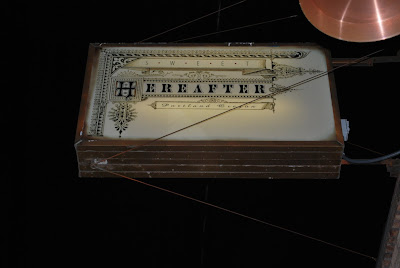 I was still a little full from my tofu sandwich, but I can't resist a totally-vegan menu. Eating too much became my theme for the weekend, a theme I kicked off with this Pretzel Plate (two soft pretzels with cashew cheese and beer mustard). Yes, there is only one pretzel on this plate because I ate one before I snapped this picture. Suck it. 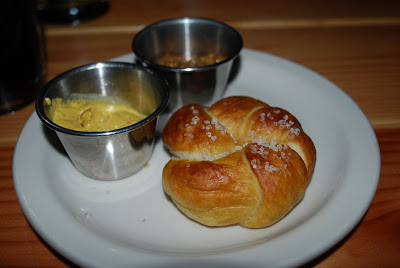 After the bar, we made our way back to the hotel to prepare for another day in the vegan motherland. More on those adventures tomorrow.

It must have been a very fun time. I really enjoyed reading this post. By the way, I really like the T-Shirt you were wearing!

Looks like a great time and it was only the first day! I agree with Babette, I LOVE your shirt! The food looks yummy (soft pretzels are one of my favs!) and I can't wait to read about the rest of the conference!

Isn't the Hereafter so great? I live in the same neighborhood and feel so lucky to have such an awesome bar nearby. Glad you enjoyed Portland.

just loving the posts about Portland!
LOVED your fame in VegNews this Month!

You were the first blogger I "recognized"! Which is why I squealed "It's Vegan Crunk!!!" I was so happy to meet you. Your blog helped me go vegan and I am forever grateful!

Oh yeah, I noticed that you were in VegNews! Congrats on that. And every vegan food cart experience I had was amazing. I think I'll miss those the most.

WHAT?? There are vegan food carts in the world?? I need to get myself to Portland!

Awesome!!! I met Krista on the street in Austin and she was so nice :)

I love sweet hereafter! :) I'm loving these posts from everyone, seeing the awesome city I live in through everyone else's view.

I want everyone to come back this weekend and do it all over again!

It's cool; everyone else mentioned you in their posts so it seemed like we got the idea of what you were up to, heh. Yet somehow it seems like you have different coverage! Can't wait for your next installment

This was the post I've been waiting for since VVC ended. Seeing all the tweets from everyone was killing me! Every time i try to comment on your posts they don't go thru. Hopefully this one does!

Your "guns" pic with Robert is pretty awesome, too :P

Nice wrap up! And damn girl, can you eat! I wish I'd had the room and appetite for some pretzel rolls myself. :)

it was so awesome to meet you!! I can't wait to hang again!

If you have another layover in Minneapolis I'd recommend checking out the French Meadow Cafe. I've only been to their non-airport locatino but the food there is pretty well known and there are always good vegan options. http://www.frenchmeadowcafe.com/menu.html