I talked to Ian MacKaye tonight!!!!!!!! Ok well, not like one-on-one. But I had a chance to ask the lead singer of Minor Threat and Fugazi (two of the greatest punk bands of all time) a question during a Q&A appearance at the Memphis Brooks Museum of Art. 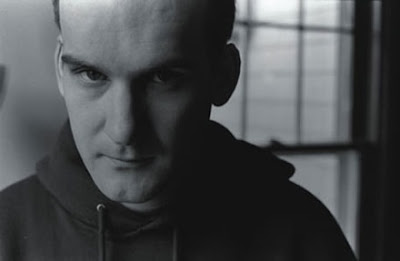 Anyone familiar with this punk pioneer probably knows that he's vegan and straight-edge. In fact, Minor Threat coined the term "straight edge" in 1981 with a song of the same name. I am not straight edge anymore, but I certainly considered myself straight edge in high school. These days, I do love a dark microbrew, a cheap PBR tallboy, or a glass of red wine. But I'm definitely still vegan!

MacKaye's appearance was a strictly question-and-answer format. He announced at the beginning of the event that he wouldn't talk if no one asked questions. The packed room of MacKaye fans was shy at first with only a few hands going up. But MacKaye's sense of humor lightened the mood pretty quickly. Most people asked questions about his music – about what it's like being such an influential figure in punk rock, his music writing methodology, or what it was like working with Al Jourgensen of Ministry. 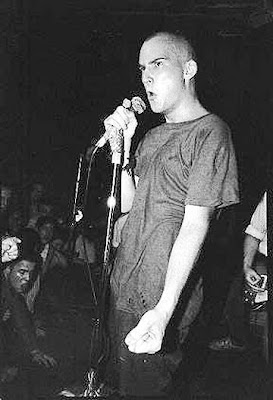 I finally got the courage to raise my hand about mid-way through, and MacKaye pointed right at me. I speak very softly and kinda fast, so I had to repeat my question twice.

Me: What inspired you to go vegan?
MacKaye: (smiling) How'd you know I was vegan?
Me: (blushing while everyone laughs at MacKaye's response): Um, cause I read about it.

At first, I had a mini-panic attack. What if MacKaye was no longer vegan? What if the subject was taboo?

MacKaye started his response by telling the room that he didn't really like to talk about diet. But then he made eye contact with me and said, "but since it's just you and me here, I'll talk about it." That response brought a ton of laughter too. There were at least 100 people in the room.

His answer wasn't exactly what I was hoping to hear, but I was pleased. I'd hoped he would elaborate on animal suffering and say some things that many of the non-vegans in the audience needed to hear. But instead he talked about how, when he thought about eating meat, he didn't understand why he was eating it. His response to going vegan was "why not?".

His response was rather lengthy and I wasn't writing anything down, but I did catch this awesome quote: "Our society is centered around meat consumption, and our society fucking sucks."

That one brought plenty of laughing and even some clapping (if I remember correctly...though the clapping may have only happened in my head).

MacKaye said he was vegetarian for one year, but since he has a deviated septum, all the dairy he was consuming was totally stopping him up. So he gave up dairy and became totally vegan. That was 20 years ago!

Even though MacKaye didn't talk about the cruelty of factory farming, he did bring up a really interesting point — why eat meat? We certainly don't need meat for health, so why do people continue to eat that crap? Vegan food is delicious and healthy. Even though MacKaye specifically said that he wasn't trying to push a vegan agenda, I am. So I hope a few people in that room give some thought about what he said.
Posted by Bianca at 10:34 PM

excellent. thanks for sharing, i am glad you were there.

I enjoyed reading your blog. Keep it that way. mkeodyxzrxqskneu

How exciting this must have been! Wow, I don't think I could have thought of a decent question, I would have just been totally starstruck.

how cool! (long time reader, first time commenter, blah blah blah)Anyway, I love your blog. I'm not vegan, but I don't eat meat or dairy and I totally connect to what he is saying, at some point it really did boil down to just asking, why eat meat, it didn't make sense.

That's a halfway decent answer. Glad you asked and brought it up! The quote you gave doesn't really go with the no agenda-pushing, though, unless he's resigned to live in a society that sucks. So maybe that resonated more than you think.

Bianca, I don't think it is possible for you to ROCK anymore than you already do! You are awesome. ;)

Thanks for sharing! As for the wine, just be sure and check that it doesn't have any isinglas in it! (spelling... I know).

It's a pain the ass to ponder whether or not something so seemingly innocuous could actually have been created with fish swim bladders or something disgusting, but it's valid.

I'm sure you already knew, but someone else who's a little newer to veganism might not. (And if you didn't know, it's worth looking into! (:)

In any case, Ian is a badass and I thank him for making vegan a part of straightedge. Now I just wish more "straightedge" people would be vegan!

There definitely was clapping, I was one of the clappers. That line was probably the highlight of the talk, it was really funny. Anyway, I'm just a vegetarian, but Ian's thought process was pretty similar to mine. I decided to stop eating meat because it seemed like this useless thing.

It does have to do with animal cruelty for me now, though, (that hit me after I was vegetarian for a couple months), but it's contextual, it's animal cruelty in our society, where we have this huge abundance of food, so it's just fucking selfish and indefensible to decide that we still need to cause so much pain to other creatures because people got used to eating hamburgers. Like Ian said, it's just convenient.