The best part about doing a cleanse is the day after the cleanse. There is no greater joy than waking up knowing you can eat whatever your heart desires. Gluten, sugar, oil, processed food. I can have it all today after 28 days of (mostly) avoiding those things.

The real joy is just in that freedom. It doesn't mean I stuffed my face with Oreos and deep-fried vegan candy bars today (see last year's retox post for that!). Instead, I just took note of the feeling that I could do that if I wanted to, but in practice, I worked on a little moderation today. Sure, I had some fantastic indulgences! But I had some healthy stuff too. In fact, my morning started off really healthy. I woke up at 5 a.m. and had a Simple Truth Organic Kale Bar (with dates, berries, and vegan dark chocolate) and an Energizer Shot (coconut water mixed with food-safe peppermint and wild orange essential oils). 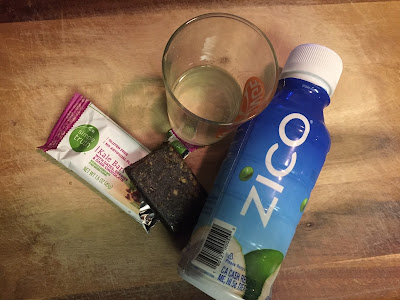 I'd gotten out of the habit of doing essential oil shots, but I definitely want to bring these back. Nothing wakes me up faster than a straight shot of peppermint and orange! I got the idea for these at I Love Juice Bar, a local vegan juice shop. They sell Energizer Shots, but it's more cost-effective to make them at home since I have the essential oils here. Anyway, after my snack, I ran for four miles.

And then I sat down to a Strawberry Lemon Smoothie Bowl with hemp granola, Vega One French Vanilla protein, fresh berries, and fresh banana slices. I drank smoothies every weekday on the Abundance Diet, and I never got tired of them. They really are the best thing for my body after a run. I find that, if I eat solid food too soon after running, I have digestion issues. 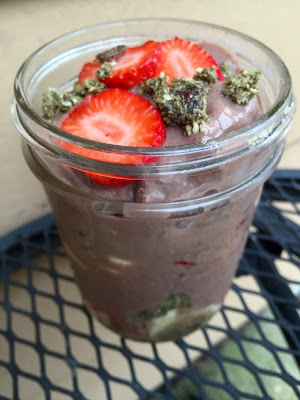 I know what you're thinking — "What kind of lame retox day is this? Where's the sugar and gluten and plant meat?" Don't worry. It's coming! For starters, I was able to have creamer in my coffee after 28 days of drinking it black. I love this new Silk Caramel Almond Creamer in my Memphis-made Relevant Roasters coffee! 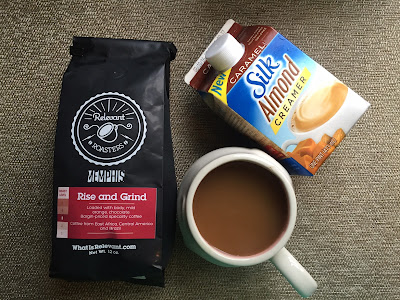 My daddy ordered me a box of Chocolate Doughnuts from Larsen Bakery (via Vegan Essentials) as a Valentine's Day/end-of-cleanse gift. They came in the mail last week, and I popped them in the freezer right away so I wouldn't be tempted on my last week of the cleanse. But today I could eat doughnuts! I brought two to work — one for me, one for my co-worker Susan (who also did the Abundance Diet). These were soft and fried and sweet and amazing. So glad I have nine more in the freezer (Larsen's "dozen" is 11 instead of 12). 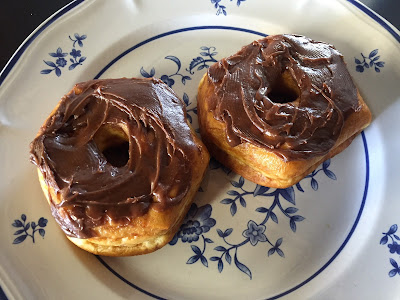 Lunch was leftovers from Anjali's dinner party on Saturday. She sent me home with a ton of food, so I reheated some of her Mexican Casserole (tortillas, vegan cheese, black-eyed peas, corn, olives, tomatoes) and topped it with leftover Cashew Sour Cream from the Abundance Diet. 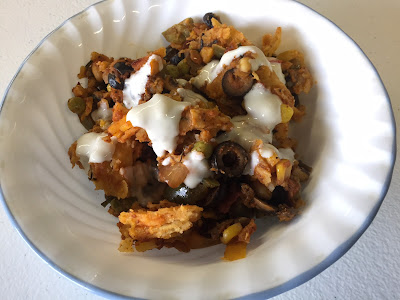 I really want to stay in the habit of eating lots of greens with my meals — either salads or sauteed greens. So I had a side salad for lunch. This had an oil-based roasted red pepper dressing, vegan whole grain bacon bits, and vegan bacon croutons — all things I couldn't have on my cleanse. But it was still a super-healthy salad. 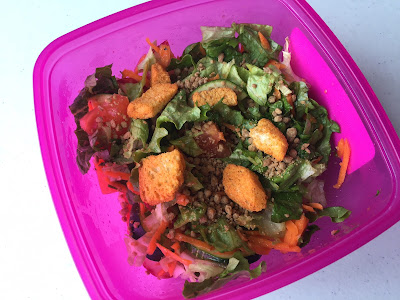 The new downtown location of LYFE Kitchen — a Memphis-based, vegan-friendly, national, fast-casual chain — opened today, just in time for the end of my and Susan's cleanse! It's just a few blocks from our office, so we made early dinner plans there and went straight from work. You may remember that I ate at LYFE (the East Memphis location) just last week during my cleanse, and I was able to find a gluten-free Quinoa Crunch Bowl that was cleanse-safe. LYFE's menu is really healthy. But one of the vegan items I couldn't eat on the cleanse was my very favorite menu item — the LYFE Veggie Burger. 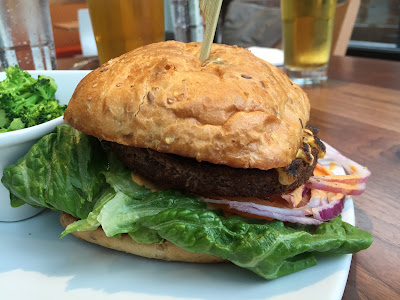 The patty is Gardein, but it's cooked to perfection. It's topped with a vegan chipotle aioli, Daiya cheddar, onion, tomato, and lettuce, and it's served on a soft, grilled ciabatta bun. It was a plant meat and gluten party in my mouth! But I balanced that with a healthy side of Broccoli & Snap Peas. And, perhaps most importantly, I ordered my first beer in 28 days. I allowed myself to have red wine on the cleanse (because antioxidants), but I avoided beer in January. This Wiseacre Brewing Co. Ananda IPA really hit the spot. 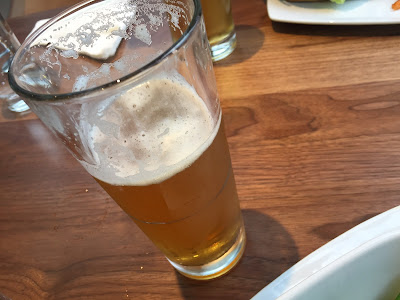 And that's it for Retox Day! I'm still craving pizza. But don't worry — I'm taking care of that tomorrow.
Posted by Bianca at 9:34 PM

Yes! Anytime I retox there is usually donuts involved :)

Could you post your recipe for the energizer shot? I would love to try it! What brand of essential oils do you use? Thanks!