This is not a traditional product review post, where a company sends me something to try. I just picked up a few fun new-to-me items at stores, and I wanted to talk about them. First up, I am so in love with the new Plant-based Babybel Cheese!! I heard our local Costco had it, but I don't have a Costco membership, so I asked my friend Nicole if she'd pick some up for me. And she did! As a gift! And because it was Costco, the bag was supersized with 32 cheeses! Memphis friends: I've since heard Whole Foods also carries it. 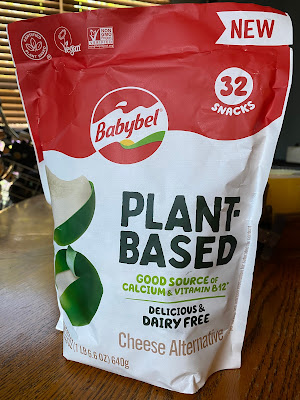 As much as I love to be eco-friendly and not waste plastic, I did appreciate that they're all individually wrapped because these are perfect for tossing in a purse for a snack. 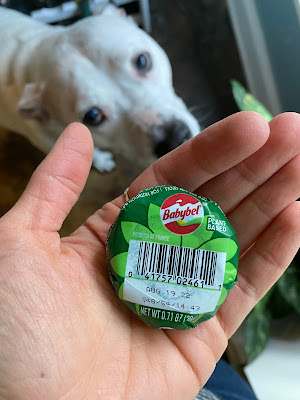 The most exciting part of Babybel is peeling the wax. I've been treating myself to one of these every day just because I love peeling wax. As for the taste, they're really good. I'd say they're closest in taste to Follow Your Heart mozz. Now if only someone would come out with vegan string cheese ... 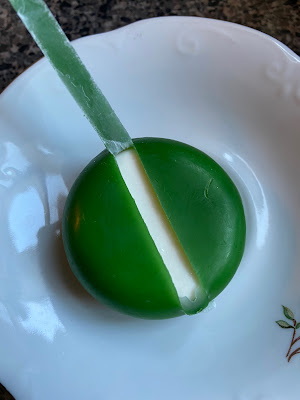 Next up is inBite Vegan Mini Biscotti. We have a new small, mom-and-pop (or more like mom-and-daughter because it's run by an awesome mother-daughter team) grocery called Grind City Grocer. They offer most Memphis-made products, but the owner is vegan, so she also stocks a few fun, non-local vegan items, like these tiny biscotti. 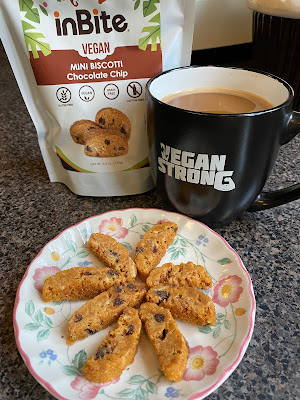 I stopped by to grab another product (more on that soon), and she hooked me up with a bag of these. They're perfect for coffee-dipping, and they have a strong almond flavor on top of the chocolate chip. Makes my second cup of coffee extra fun in the mornings!

And finally, I nearly squealed out loud when I found the Beyond Meat Jerky at my neighborhood Walgreens. They had three flavors, but I opted to start with the Original. 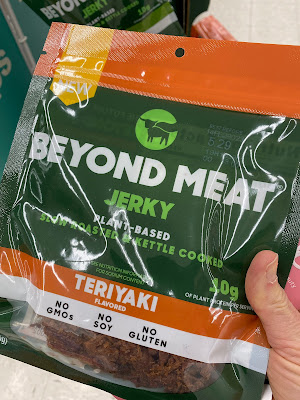 I snapped the pic in the store to send to a friend, so I grabbed a pic of the Teriyaki. But I haven't tried that one yet. I do need to run to Walgreens later to restock some elf makeup products, so I will definitely be getting more jerky. The flavor tastes very much like all the other Beyond products (which is a good thing), and the jerky has a nice chew.

Oh boy- I know two men who will be very excited about that jerky (my son and my husband.) Now that my son is in college I've been sending him care packages, and this jerky is for sure going in the next one.
i want to try the cheese! But I don't have a Costco membership either. I'll have to find it somewhere else.