Yesterday was Fat Tuesday, and in a normal year, we would have had a giant party with hundreds of people at Crosstown Concourse, where I work. Mardi Gras at Concourse is a fun, family-friendly event with brass bands, a second line parade, beads, costumes, and more.

But we're not in a normal year. Not only are we unable to have large events during the pandemic, but Memphis has been snowed in all week. Most years, I make a king cake for the office, but I'm still working from home, and I can't eat a whole king cake by myself! So I ordered some king cake donuts from Darling Donuts instead. But due to the icy road conditions, the donuts can't be delivered until the weekend. So I'll be having Fat Saturday or Fat Sunday or whenever!

I did get to have some Fat Tuesday fun though! After work, I put my beads on and made a Hurricane Cocktail. 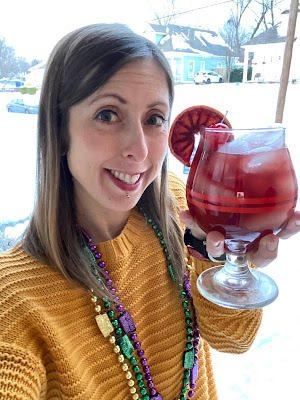 The hurricane is kind of the official cocktail of the French Quarter, and it's made a couple different ways. One has rum and passionfruit juice, which I didn't have at home. But the other is made with rum, grenadine, orange juice, lime, and simple syrup. I didn't have grenadine, but I did have pomegranate juice, which is what you use to make homemade grenadine. And the homemade version is better anyway because it's free of HFCS. 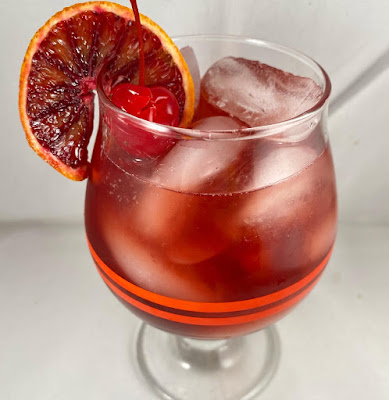 I enjoyed my cocktail while I prepared some gumbo to a zydeco playlist. Every year, I try a new gumbo recipe, and this year, I went with this Vegan Chicken & Sausage Gumbo from The Healthier Steps. 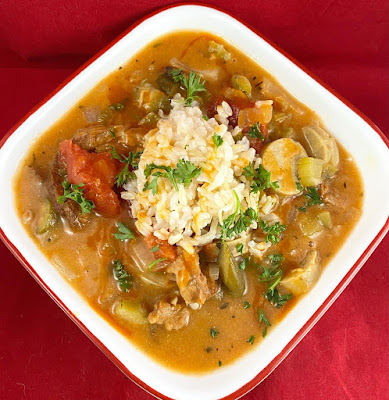 This has Soy Curls (for the chicken), sliced vegan kielbasa, okra, tomatoes, celery, onion, garlic, and a tasty roux made with whole wheat pastry flour and olive oil. I served it with brown rice. This may be my new favorite gumbo recipe, y'all!