Black Friday is my veganaversary! As of last week, I've been vegan 16 years and vegetarian for 26 years.

Unfortunately, things are just too risky this year for Black Friday crowds, so we broke tradition and skipped brunch and shopping this year. Instead, Paul came home from Nashville, where he had been banished to during my pre-Thanksgiving quarantine, and we celebrated by sleeping in, eating leftovers, and later in the night, putting up the Solstice tree. 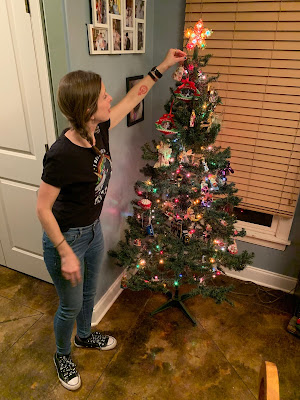 My best friends Sheridan/Drew always post about their holiday tradition of enjoying a vegan snack plate while they put up their tree, and it sounded like such a fun idea. I was planning to rip off their tradition anyway, but after my friend Susan shared part of her Feast & Graze vegan charcuterie plate with me, I knew it was meant to be. Susan left a Tupperware with some snacks from her board on my porch! 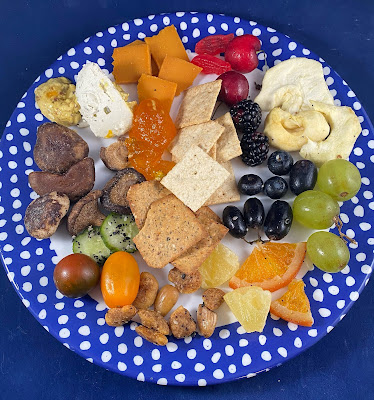 So much fun! And all for me! Paul doesn't like most foods, so he made his own plate with just non-vegan cheddar and some Club crackers. He's a very simple dude. We also opened a bottle of Tennessee Shine Wine that our friends Simon and Jen picked up for us on their recent trip to the Smokies. 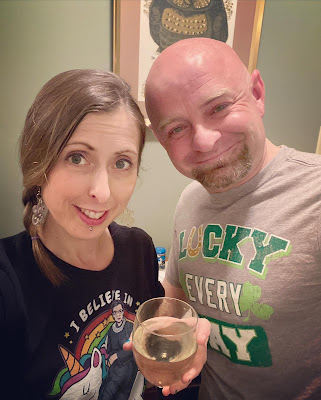 Here's Paul decking the halls (or, rather, our fireplace mantel). 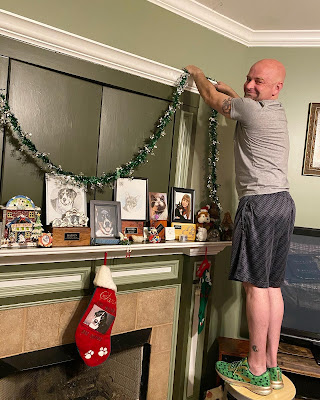 I convinced Maynard to wear this silly Santa hat in exchange for a couple treats. He's so easy. 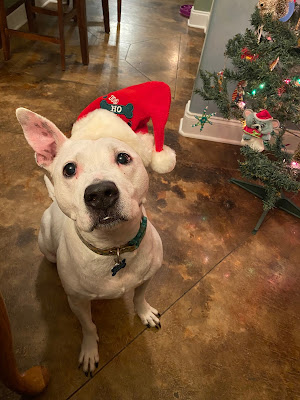 It's hard to believe it's already Solstice season!

I love snack-y meals with all kinds of flavors and textures and all of that! I need to try and make my own sometime, now that there are so many great vegan cheeses out there!
Looking forward to all your fun meals this month!

Snack boards are the best! We have impromptu vegan charcuterie boards for dinner at least a couple times a month. Often, it's just a mixture of jars & tubs on the table in front of the TV along with crackers. But it always feels fun & festive. Adding your lovely tree into the mix is even better!