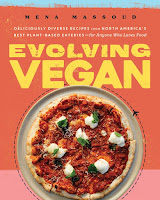 I've got a lot of cookbooks. Hundreds. In fact, I just did a big KonMari purge of my cookbook collection and made a donate pile of at least 50 to 60 books, and I still have so many. But in all of my collection, I don't have another single book like Evolving Vegan by Mena Massoud.

Mena is best-known for his role as Aladdin in the Disney live-action film, and his book features a combination his personal recipes, his mother's traditional Egyptian recipes, his favorite recipes from vegan restaurants across the country, and his recreated versions of restaurant recipes. That combo makes for such a fun and diverse mix of recipes!

First, I tried the Indian Tofu Curry, a recipe submitted by The Sudra restaurant in Portland, Oregon. 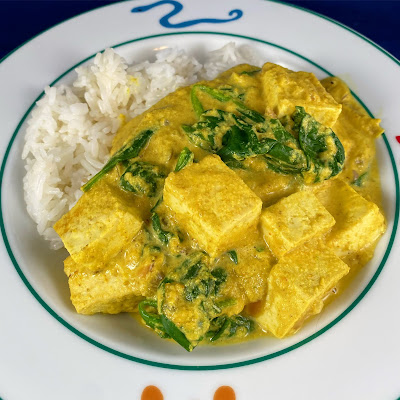 This spicy curry gets its flavor from a sunflower-jalapeno saag made with ginger, garlic, garam masala, coriander, cumin, and turmeric. It's tossed with tofu, red onion, and spinach and served over rice. It's been awhile since I've made an Indian dish at home that tasted restaurant-quality, but this one did! I will make this again and again.

Next, I tried the Chick'n Schnitzel from YamChops in Toronto, Canada. Mena said he serves this seitan cutlet with marinara and mushrooms on a bun, so that's how I tried it first. 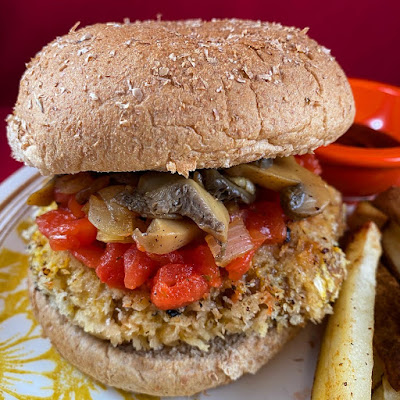 Also, without a bun and some kale on the side. 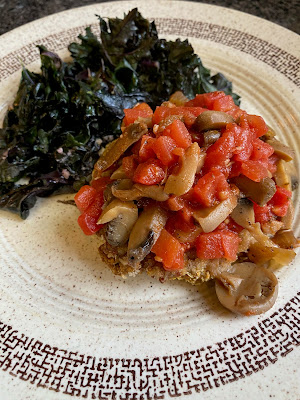 I'd made this on a weekend when Paul was home because he grew up in the Netherlands and ate a lot of German food (I guess because the countries are so close?). He loves schnitzel, but he said he'd never had it with tomato sauce. He remembered having schnitzel with mushroom gravy, so we had it that way too. I much prefer the gravy way! 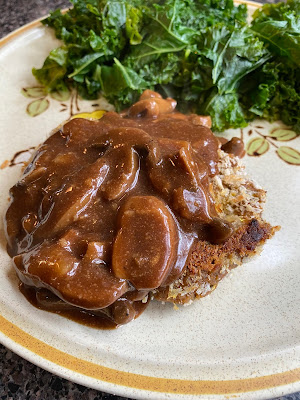 This recipe reminded me of the famous chickpea cutlets from Veganomican but without the chickpeas. The patties are so versatile, and I have a couple left in the freezer for later.

I have lots of other recipes bookmarked. From Mena's home kitchen recipes, I want to try his Sweet Potato Lasagna (sweet potato slices stand in for noodles!) and his Only-Plants-Allowed Burger (loaded with veggies, beans, and walnuts). His mom's Koshare (an Egyptian street food dish with lentils, rice, and pasta) and Basbousa (coconut crumble cake) look fantastic. And the Stranger Wings Pizza from Virtuous Pie in Vancouver (with buffalo cauliflower, blue cheese dressing, and bechamel sauce) has my mouth watering.

This looks like my kind of cookbook!
The tofu curry looks incredible, I really love the gorgeous color!