Before I begin tonight's regularly scheduled blog post, just want to remind people to make a donation to Black Lives Matter or your local bail fund, like Memphis' BLM Community Bail Fund through Mid-South Peace. Things need to change, and the time to change is NOW. No justice, no peace.

Darling Donuts Memphis, my coworker Lily's vegan donut business, is back and better than ever! She briefly stopped selling donuts at the beginning of the pandemic, but she's now offering delivery and slinging occasional donuts at French Truck Coffee and Imagine Vegan Cafe. This week, she offered a Bail Box — a half-dozen donuts for $15, all of which is donated to a local bail fund. It's probably too late to get in on that now, but she may do this again soon! You can place orders for regular donuts any time through Instagram.

Last week, Darling Donuts offered a special cream-filled box, and I had to get in on that! The order included four massive cream-filled donuts. Lily warned me that this box weighed several pounds, and she was right! These are beasts. 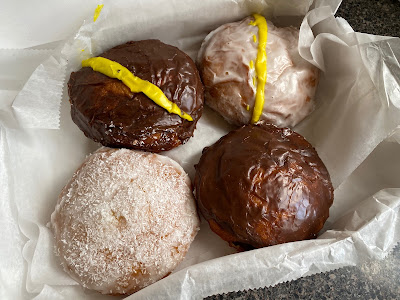 There's Lemon Cream, Coconut Cream, Chocolate-Lemon Cream, and Chocolate Cream. I wasn't sure where to start, but lemon sounded super-refreshing, so I dove into the Lemon Cream first. 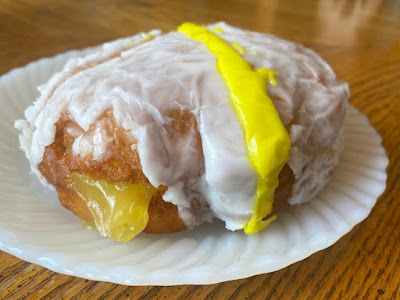 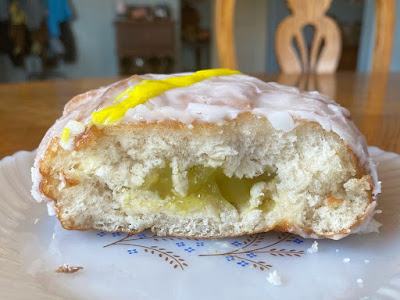 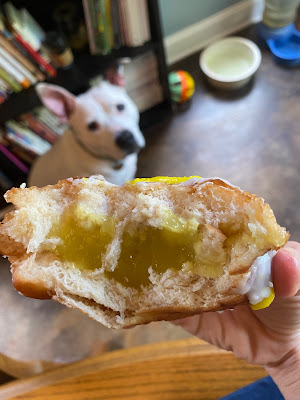 It was stuffed with a sweet lemon curd, and every bite was pure joy. I enjoyed this last Friday afternoon, and I made sure to take a break from working to really savor every bite. I wanted my full attention on that donut.

The next day, after Paul and I ran our Social Distancing Half Marathon, I broke into the Coconut Cream, and this was my fave so far. I just love coconut so much, and this brought me so much joy. 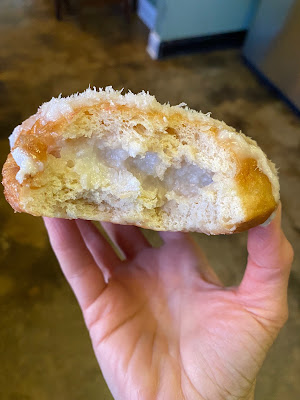 I froze the two chocolate ones immediately, so I can enjoy them in their freshest state later. If you've ever wondered if donuts freeze well, the answer is yes. Just place them on a cookie sheet until they're hard, and then carefully place in a Ziploc bag. When you're ready to eat them, allow to thaw for a couple hours on your counter.

Friday is National Donut Day, and you can bet your donut hole that I'll be enjoying one of these tomorrow. Maybe both?

That's good to know that donuts freeze well! Our closest vegan donut option is about an hour and a half away. But it could be worth it to do a Saturday drive, pick up a box, and then freeze half for later. Your friend's donuts look INCREDIBLE. I'm green with envy.

I always assumed doughnuts would not freeze well, so great to know as in the past I have picked up orders that were really too many for me to eat before they went stale.
That lemon doughnut is calling to me, and I am thrilled to see that it is filled with a hefty dose of lemon curd. Underfilled doughnuts make me sad.

The lemon is definitely the one I would choose first! It looks so good! And the coconut sounds amazing too! I always say this, but I've never had a vegan doughnut which is so sad!!