Y'all, I love my job. Yesterday, we did a staff coloring workshop with Vegan Doughnuts (!!!!) made by co-worker Lily and spike-your-own Vegan Hot Cocoa. I added a shot of vegan Bailey's and peppermint schnapps to mine. They even had vegan Reddi Whip! 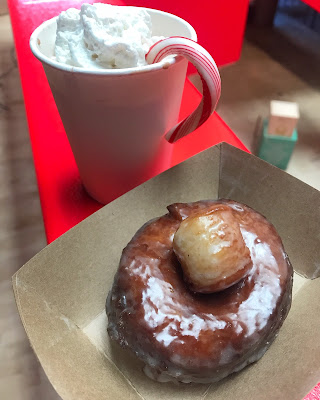 Speaking of holiday drinks, I put up my Yule tree last Thursday after Thanksgiving dinner. As per tradition, I enjoyed a Silk Nog spiked with rum while listening to my holiday playlist (Christmas in Hollis is a must! And Last Christmas by Wham!). 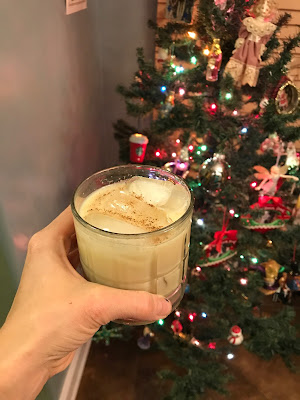 I just finished my last plate of Thanksgiving leftovers today (a week later!!). I've mostly been enjoying the leftovers as is, but I did have a nice Vegan Turkey and Cranberry Sandwich one day. With a side of Good Karma French Onion Dip (y'all, this stuff is SO GOOD). 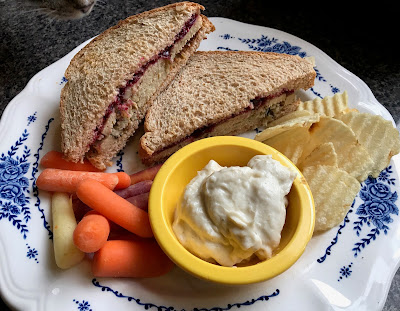 On Tuesday night, I met some co-workers at the new Bar Hustle downtown, where our friend (and former Crosstown Arts bar manager) Bart works. Bart made us some lovely cocktails! I got the Rat's Brains & Microchips (named for a Lost Sounds song). Not sure what all was in it, but it had lots of bourbon. 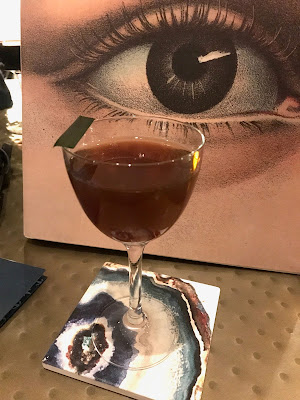 We were there awhile and were all pretty hungry, so we ordered a round of Mushroom Toasts. This handcrafted porridge sourdough is topped with wild mushrooms and caramelized onions! It's usually served with cheese and pesto, but I left those off to make it vegan. The bread was baked by the amazing Ali, who used to bake at Crosstown Arts. I miss her baking at work, so I'm glad I can get her goods downtown now! She has her own bakery, Hustle & Dough, inside the Arrive Hotel (where Bar Hustle is located). 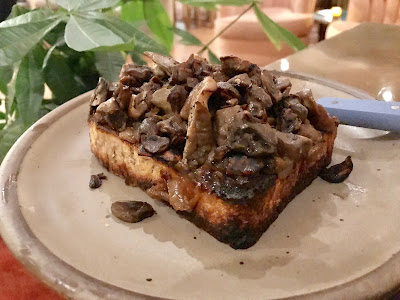 The mushroom toast looks incredible!
And so many fun drinks. That is very cool that you got vegan doughnuts and hot chocolate at your work thing.

This is an awesome motivating article.I am practically satisfied with your great work.You put truly extremely accommodating data. Keep it up. Continue blogging. Hoping to perusing your next post. What are some of the cheapest places to travel to in the world? From Asia to Africa and Europe, Things to do 's got budget breakdowns for the cheapest places.