We had the third No Meat Meetup Vegan Potluck at the cafe at Crosstown Arts last night. This monthly potluck is a way to activate the cafe space, which is closed on Sundays, with fun vegan events.

I organize the meetup as part of my job at Crosstown Arts, so it's work. But it's the best kind of work! We had so many new faces last night, and it's so cool to meet new-to-me vegans. Back in the day, I used to joke that all Memphis vegans knew each other because there were so few of us, but these days, we're everywhere!

I typically have my camera ready to take pics as soon as we line up to make our plates, but this time, I was busy talking and forgot to take pics until after people had made their plates, so excuse the half-eaten casserole shots! I did manage to get pics of my own dishes before the crowd arrived. Yesterday was National Cupcake Day, so I made Vanilla Cupcakes from Vegan Cupcakes Take Over the World. These are always a crowd fave. 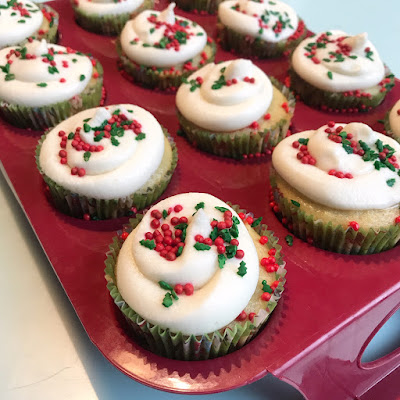 I also made some Soy Good Mac Uncheese from Robin Robertson's new Vegan Mac & Cheese Cookbook. I'm doing a full review of this book tomorrow, so I'll save any commentary for that. 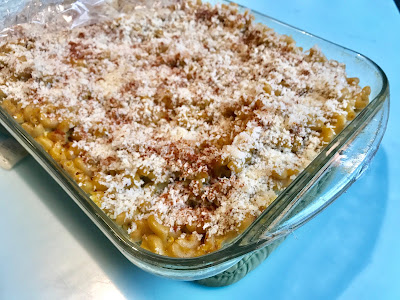 Other dishes included this giant Vegan Cheese & Veggie Pizza from Rock & Dough. Of course, it was mostly gone before I got this pic. 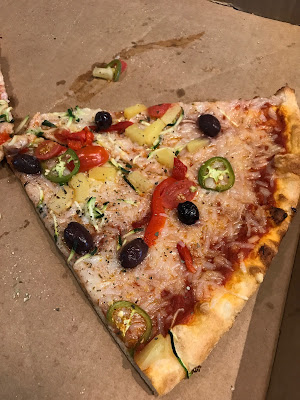 And a yummy Rice Salad with Blackeyed Peas & Celery. This was really refreshing! 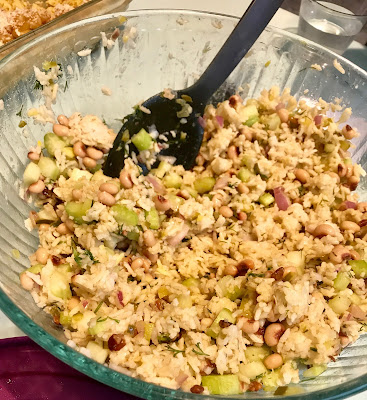 Vegan Enchiladas! These were made with ground Beyond Burger and vegan cheese, and let me tell ya, that Beyond Beef is soooo meaty. This dish would have fooled any meat eater. 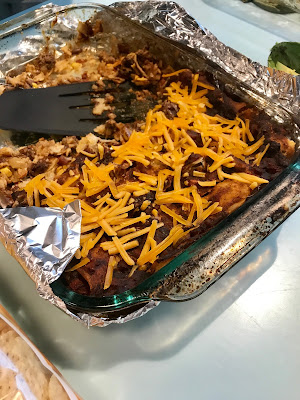 A very Vegan Cheesy Lasagna! Who knew you could make lasagna in an Instant Pot?! Just one more reason I need to get one. 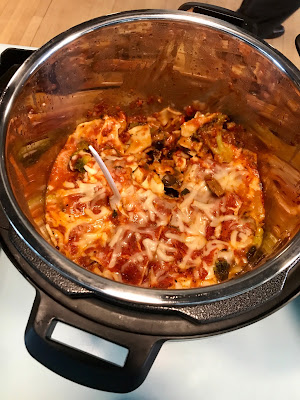 A beautifully garnished bowl of Vegan Bean Chili. I enjoyed scooping this up with the (not pictured) chips and guac that someone else brought. 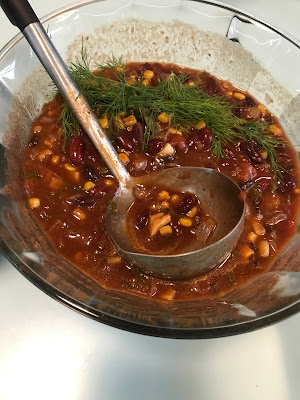 Some amazing Baked Samosas. These had all the flavor of deep-fried samosas without the all the oil. Really yummy! 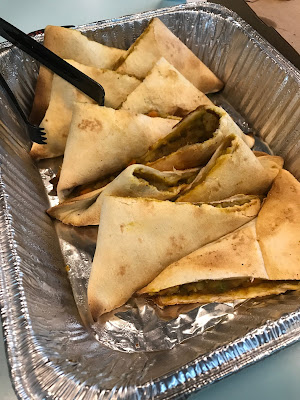 And these fun Gooey Waffles for dessert. Not sure what all was on them, but they were delish and not too sweet. Thinking it was maybe brown rice syrup? 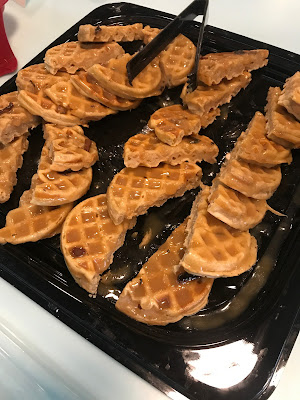 Here's my plate of deliciousness. There were plenty more dishes that arrived later and I failed to photograph. So much delicious food! 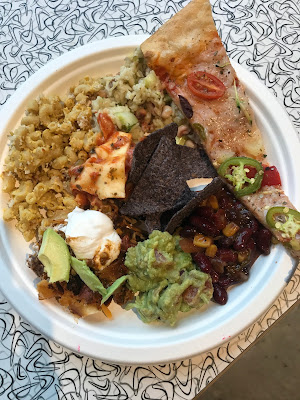 We don't have the January date set up, but that's coming soon. I'll be sure to announce on the blog when we know the date!

I knew you can make lasagna in an Instant Pot- it's on the cover of my first cookbook :)
This all looks amazing, and what a fun event!