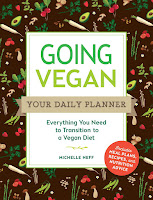 I'm a planner. Like a diehard, write-everything-down, check-off-the-boxes, freak-out-if-things-aren't-going-exactly-as-planned planner. If I were a Saved By the Bell character, I'd be Jessie Spano (as much as I'd love to really be a Lisa Turtle). I plan all my meals each week on a whiteboard, and when anything changes, I erase the plan and start over. I'm a planning nerd. No shame.

And that's why I sooooo wish Going Vegan: Your Daily Planner by Michelle Neff was a thing when I went vegan in 2004.

This new cookbook and food planner includes a day-by-day meal plan with recipes and space for food logging and journaling. There's space for coloring in your food groups on a plate chart! There's even a nutrition guide that includes calories and macros for common vegan foods with space to write in your faves. At the end of each week, there are journaling prompts asking how you feel and what your favorite new foods were that week. 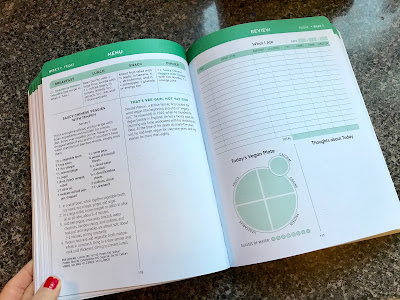 The book includes 12 weeks of meal plans to get you started on a vegan path, and the recipes are mostly whole food/plant-based! Each day includes breakfast, lunch, snacks, and dinner. Typically, lunches are leftovers from dinner, so you're not making fresh recipes for every meal. I picked one day (Friday, Week 5) to sample, and yesterday, I followed the plan.

Breakfast was a Strawberry Protein Smoothie. I'd intended to run Wednesday morning, but I've been dealing with a mild cold and figured I should rest instead. The protein smoothie would have been perfect for post-run, but it was still a nice breakfast on a non-running day. This had strawberries, banana, cashew milk, agave, orange juice, and Complement Plus protein powder. 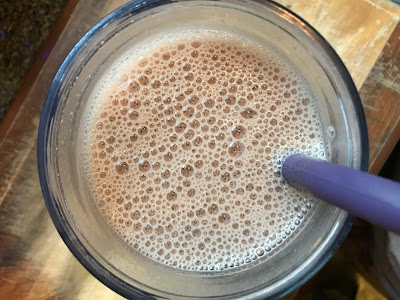 The snacks for the day were mixed fruit and an energy bar, so I decided to split those up into morning and afternoon snacks. In the morning, I had this Fruit Bowl at my desk. It has apples, banana, strawberries, and pineapple. 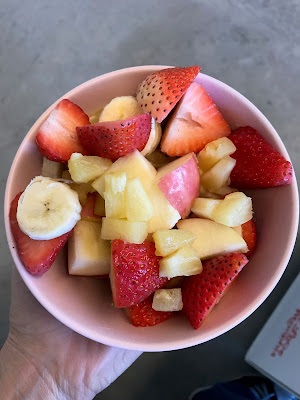 Lunch was supposed to be a bean burrito, but I didn't have any large tortillas. I did, however, have some whole wheat taco-sized tortillas, so I had Bean & Rice Tacos with refried beans, brown rice, avocado, tomato, and lettuce. The recipe didn't call for vegan sour cream, but I added some anyway. 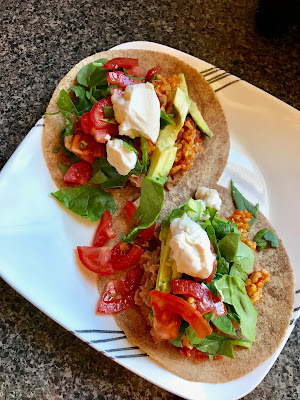 Right after work, we had our monthly Crosstown Run Crew meet-up, and I felt good enough to run by then. So I had this Clif Gingerbread Bar as my energy bar snack pre-run. 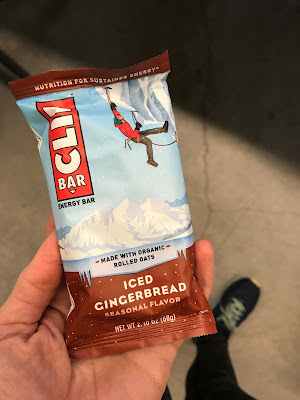 After the run, I had a not-on-the-meal-plan, high-gravity Boris beer (a whiskey barrel-aged stout) at Crosstown Brewing Co. And then I headed home. The meal plan called for a glass of orange juice with my dinner, so I enjoyed that while I heated my food (which I'd prepped the night before). OJ is great post-run carbs! 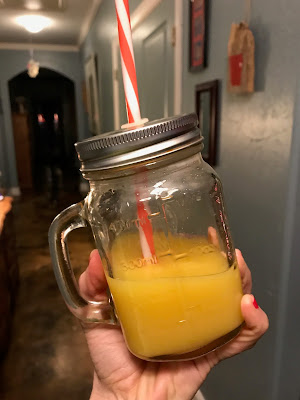 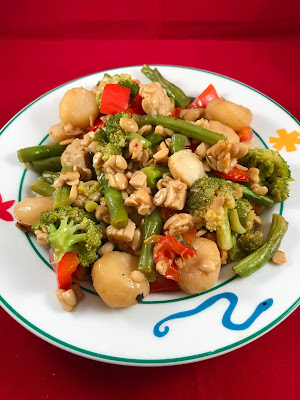 All in all, this was a delicious day. And every day in Going Vegan looks amazing. There's Tofu & Portabella Enchiladas, Curry Rice & Lentils, Seitan BBQ, and Eggless Egg Salad to name a few. The recipes are all super-simple, and I think they'd be really approachable for a new vegan. If you know someone (especially if they're a planner!) going vegan this January, this book would make an excellent gift!
Posted by Bianca at 9:00 PM

I wish I could be a planner, but every time I plan meals, I don't want those meals anymore!!