A Tribute to Pandora

My 16-year-old sweet baby girl kitty Pandora has crossed the rainbow bridge on Monday, so I'm dedicating tonight's post to her. 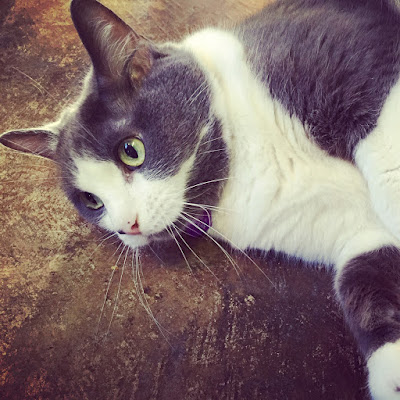 Pandora first came into my life in September 2003 at a Summerland Grove Mabon celebration. My friend Shell brought kittens, and she was threatening to take them to the animal shelter if no one took them home that night. At the time, Memphis Animal Services had a terrible euthanasia rate (hovering in the high 80% range!), and Pandora pretty quickly imprinted on me. I knew I didn't want her to go to the shelter! So I left that night with a new baby kitten. 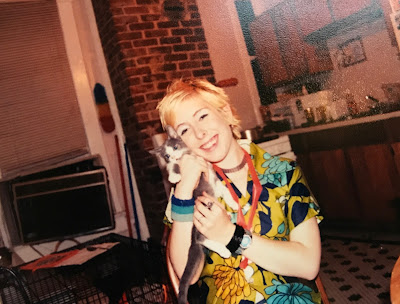 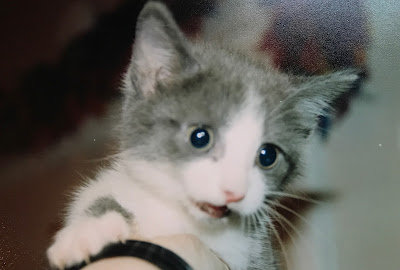 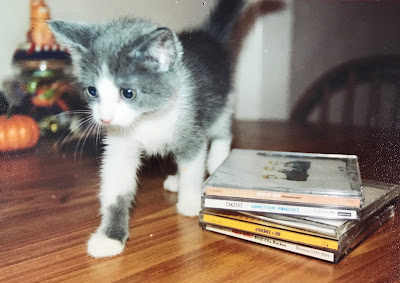 At the time, I had two other fur babies — Datsun (who passed in 2016) and Akasha (who passed in 2018). What was one more cat, right? (This is what we said every time and eventually ended up with six cats and two dogs!). Here's baby Dora snuggled up with her big brother, Akasha. 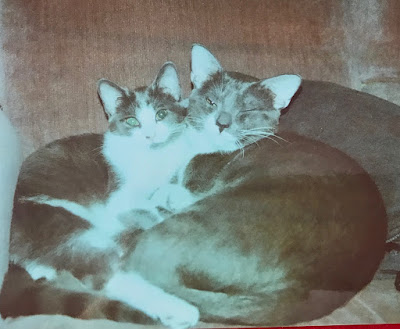 A few months after I took in Pandora, I broke up with my then-boyfriend Shane and quickly met current partner Paul. So Paul has been the only dad Pandora has really known. She also briefly had a baby sister, when we took in street cat Alexius. But Alexius had FELV and only lived a very short time. 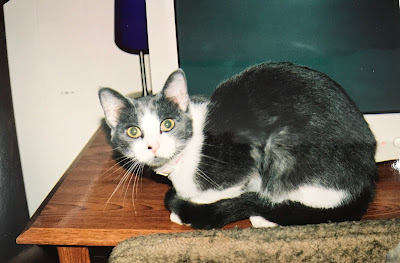 But for the rest of Pandora's long life, she was the only girl (besides me) in a house full of boys. And she ruled the roost. All the other cats and dogs knew she was Queen, and for the most part, no one messed with her. Well, sometimes Maynard would try to nudge her out of her favorite chair, but she'd usually resist, letting him push her butt with his nose while refusing to move. 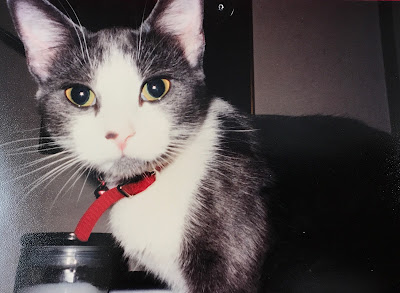 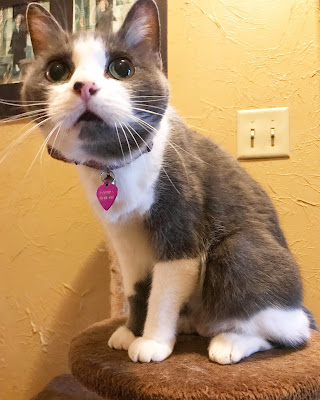 Pandora had the softest belly of all bellies, and unlike most cats, she LOVED belly rubs. She'd spread her legs wide and demand belly rubs. She had absolutely no regard for "ladylike" manners. 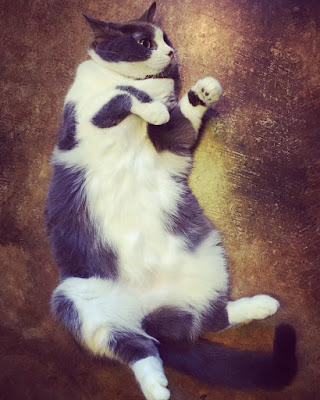 Pandora lived a long, healthy life with hardly any trips to the vet (aside from a few routine check-ups) over her 16 years. But this past summer, she started sneezing blood. She was checked for allergies and treated with a couple different antibiotics and an anti-fungal, none of which helped at all. Finally, the vet deduced that she had a nasal tumor, which meant her days were numbered. 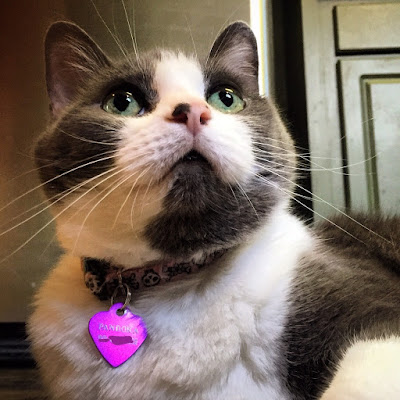 Over the past few weeks, her breathing had become more labored, and she was developing chronic UTIs. Things weren't looking good, so we knew it was time. We were so, so sad to see her go. Pandora and I grew up together (I was only 22 when we took her in!), and her passing marks the end of an era. We'll miss our Dora-Bora so very much.
Posted by Bianca at 5:00 PM

So very sorry for the loss of your fur baby :( she was lucky to have you for a long time :)

I'm so sorry Bianca. You were together for so long, it is so hard to say goodbye. <3

You guys were lucky to have found each other. I'm so sorry.

What a cutie. I know she was well loved. So sorry, Bianca!

What a beautiful girl & life you lived together. I'm so very sorry for your loss. Thinking of you & Pandora. <3

I'm so sorry. Pandora was so beautiful. I love that she loved and demanded belly rubs!!
I'm sending you and your whole house hugs.