I spent last weekend in Nashville eating (and drinking) all the vegan things! Paul works in Nashville and wanted me to attend his work holiday party. So I headed over on Friday afternoon and stayed through Sunday night.

When I arrived on Friday, Paul was still at work. So I made a stop at Avo for a lovely, fancy dinner with myself. I had the Kale Caesar, Mac & Cheese, and a pale ale. Avo has the BEST kale caesar ever with homemade cashew parm, sundried tomatoes, fried chickpeas, and roasted garlic. The mac was gluten-free with made-in-house coconut cheese (and it was on their happy hour snack menu!). 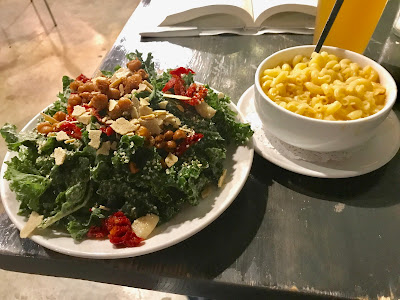 After Paul got off work, we met his friend Collin (pictured) for a flight of beers at Growlers, our fave bar in Hendersonville (the Nashville suburb where Paul lives part-time). 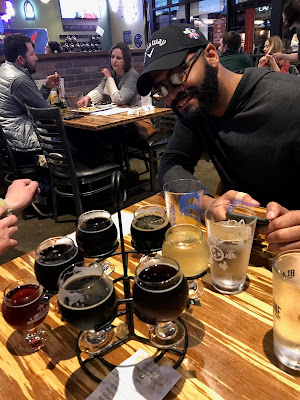 Paul had to work for a few hours on Saturday before his party, so I slept in and then went for a 4-mile run on the Hendersonville Greenway. Yay! I'm running again! 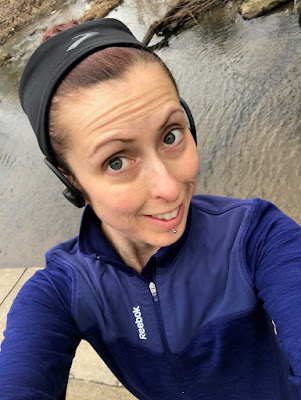 After I showered, I drove into the city for lunch at The BE-Hive — a pop-up deli/vegan butcher. They have the BEST Mozzarella Sticks, made with their homemade coconut cheese. 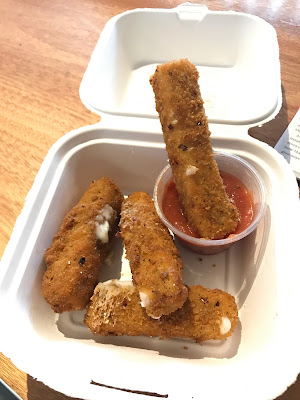 I ate all of those, plus this gigantic Breakfast Burrito with their house-made seitan sausage, tots, tofu scramble, and vegan queso. Such a big ass lunch but so worth it. 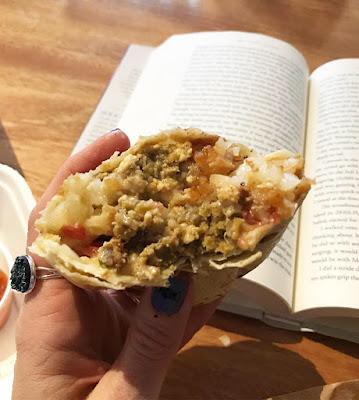 Paul got off work at 5 pm that day, and we headed to our hotel — Loews — in downtown Nashville. The party was there, and we got a room so we could just head upstairs afterward. No driving needed. Good thing because we had a lot of cocktails at the open bar. 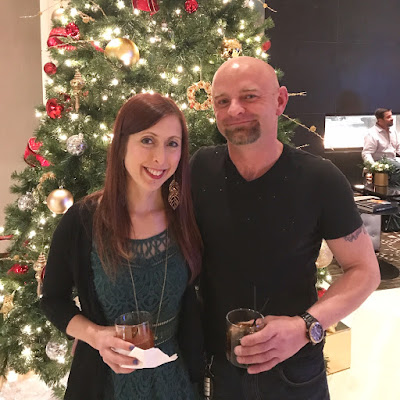 The party included one of those catered sit-down dinners. You know, the kind that typically are not vegan-friendly. Everyone around me was served chicken, and I wasn't expecting to be able to eat. Honestly, I was still full from lunch, and I'd already found a Pizza Rev down the street for emergency vegan pizza if needed. But when the server tried to give me a chicken plate, Paul told her I was vegan. And she said, "no problem!" And then she came back with this — Quinoa Burger, Roasted Potatoes, Steamed Asparagus and Carrots. AMAZING! It's a new world we're living in folks. Paul tried a bite and said it was much better than the chicken he was served! 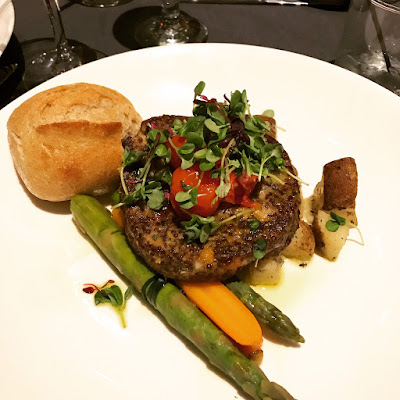 The next morning, we met one of Paul's co-workers for brunch at Graze, our favorite vegan brunch spot in Nashville. I got the Breakfast Bowl — a biscuit topped with tofu scramble, veggie sausage, tempeh bacon, and hollandaise. I added avocado! 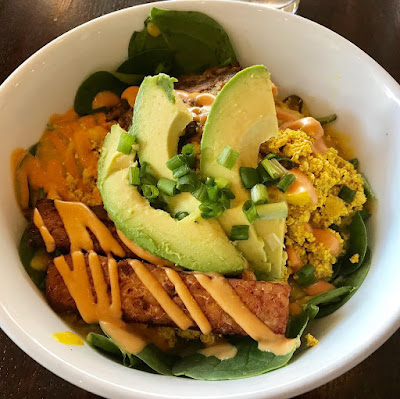 Graze has $5 bloody marys on Sundays too, so I always have to get one of those! 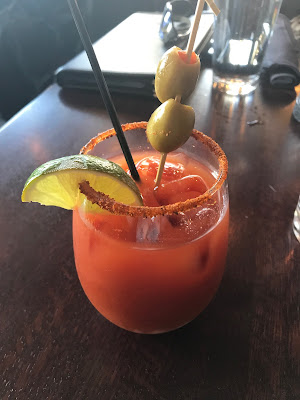 Graze is located next door to Five Daughters Bakery, which has vegan doughnuts! YAY! I got a Chocolate Peppermint Doughnut to go (and enjoyed it later that afternoon). 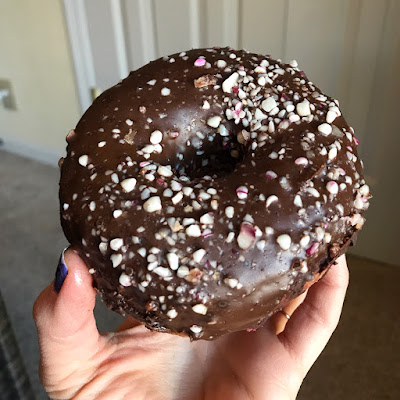 Paul and I went to see Bohemian Rhapsody on Sunday afternoon. Afterward, I'd planned to drive home. But I knew I needed to eat one more time before I hit the road. Unfortunately, after all the deliciousness of the weekend, I couldn't imagine eating anything that wasn't green. So I made a little salad from the Kroger salad bar! Just what I needed. 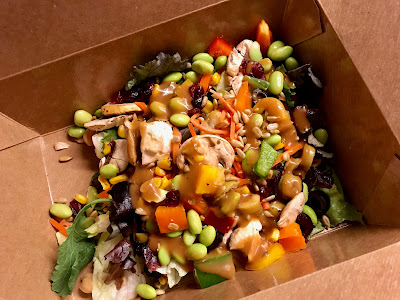 I don't know where to start, it all looks so delicious and sounds like you had an amazing time! I love that they had a vegan option at the party, we are definitely living in different times! The mozzarella sticks and breakfast burrito look so good, I definitely would have ordered the same! The doughnut is beautiful and I bet it was delicious! So glad you had a great weekend!

So much deliciousness! I also love the vegan option you got, that is pretty great for a catered event!!

I am really excited that they had a great vegan dinner option at a catered dinner in a hotel! And it wasn’t just a plate of lettuce or some lame pasta dish!
Definitely some great meals lately, between the breakfast burrito and that brunch mornings look great :))
Hope your foot was ok after the run, must have been exciting to get out there again
Ttrockwood

Hi in future please let us see the title of any and all books you might be reading while eating! ;)

Yey being able to eat with everyone else! And yey running again!

Hey Sarah C! Ha! No prob. But I'll tell ya this one was Let Your Mind Run by Deena Kastor.