Imagine Vegan Cafe held an all-you-can-eat vegan buffet fundraiser last night for Pigtopia, a new pig sanctuary just outside Memphis. For $20, you got access to a buffet of deliciousness, and 75% of the proceeds went to help rescued pigs. Win-win! 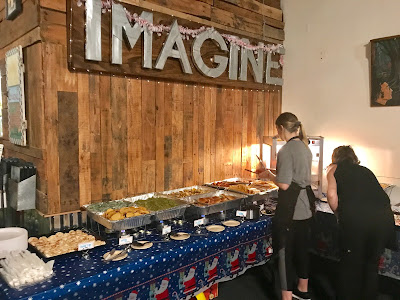 I'm sort of a buffet pro, so I arrived 30 minutes early to score the best seat in the house (the table closest to the buffet). Jennifer, Simon, Megan, and Melissa joined me a little later. As soon as owner Kristie announced the buffet line was open, I jumped up and got the first spot in line. Because I don't play at a buffet. I also always start with TWO plates so I've got plenty of room for a little of everything. Everyone was laughing at my tactics, but they were all wishing they had two plates once theirs were piled so high. Pro tips, y'all.

There were sooooo many options! 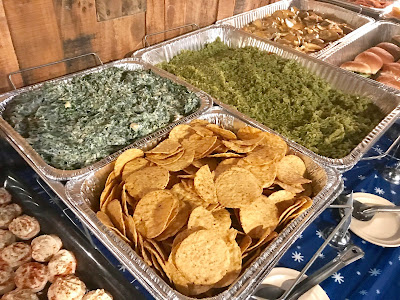 Including our friend Don's homemade tamales in several flavors. 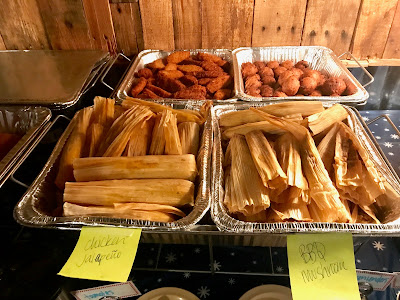 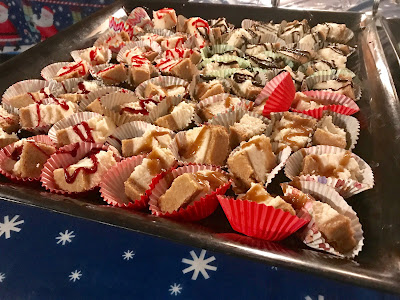 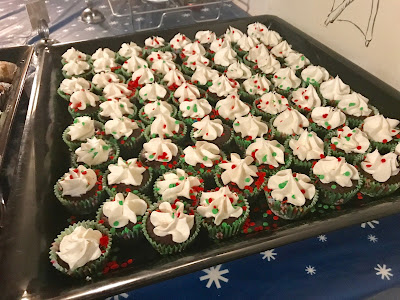 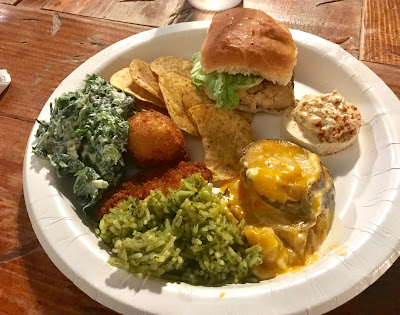 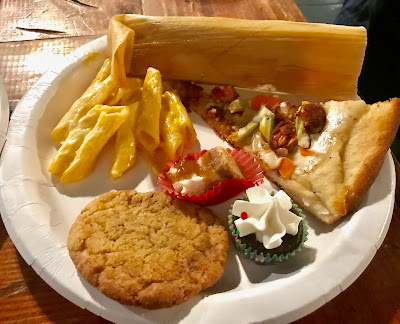 Yes, I ate every bite. No, I didn't go back for more, though I really had to fight myself hard not to. I was full — STUFFED, in fact — so I didn't need more food. But I always struggle to stop eating at a buffet. I'm proud of myself! Also, as the name of the event — Pints for Pigs — implies, there was beer available, and I'd usually be all about that. But I figured beer would fill me up too fast, and I needed that valuable tummy real estate for my food!

The folks from Pigtopia were there. Imagine held a silent auction for them, and Pigtopia sold merch. 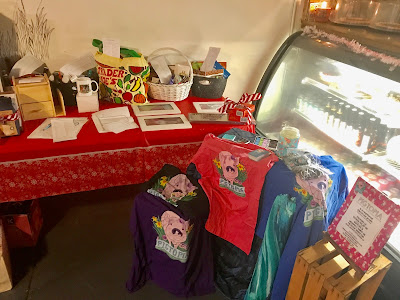 And y'all, THEY BROUGHT A PIGGIE! This is Reece's Pieces. He grunts a lot and LOVED the attention. 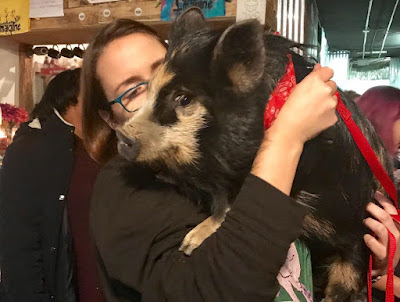 But his favorite thing was the free corn chips provided by Imagine's youngest employee, Aspen. 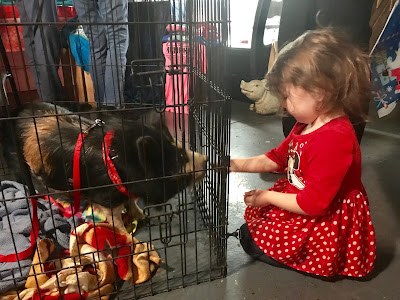 Anna, who runs Pigtopia, currently has 24 rescue pigs! Here's a little more on what they do (from their website): Pigtopia is a happy safe place for unwanted, abandoned and neglected pigs. They're are a registered 501c3 non profit, and all donations are tax deductible.

Currently there are 24 pigs there, ranging from one year to several years old, with potbellies and big pigs in the mix. Some are permanent residents, and some are available for adoption to the very best, well-screened homes. Every pig that lives there is spayed or neutered to prevent unwanted litters. You can read more and donate (or meet the piggies) on their website. This was the first I'd heard of Pigtopia, and I'm so excited to learn about it!
Posted by Bianca at 9:00 PM

I think you have great buffet tips!! Although buffets stress me out, if I ever wind up at one I will remember those tips! Everything on your plates looks absolutely delicious! What a fun night. And you got to hug a pig to boot?? Perfect!!

OMG PIGGIE!!!!!!! OMG I can't, how freaking adorable!! Ok aside from adorable piggie I love your buffet pro tips. It sounds like a really fun night for a great cause and the food looks so great! I don't blame you for wanting to try a little bit of everything!!

This is awesome! All that food looks amazing! I wish I could have went and I literally want to squeeze that pig with giant hugs! What a great event! :-D

I love everything about this event!! Wow what incredible food options...and vegan tamales?? I dream of those.
I love their pig rescue mission and hope this event raised money, awareness and lots of support for them!
Ttrockwood

Your buffet tips are truly excellent! I will remember them for the future.

The food looks yummy and the pig looks adorable! It sounds like a magical evening lol