Even though Health Made Simple is over, I'm still eating very healthily at home. I've kept up my morning smoothies. Each day starts with a Larabar and a workout followed by immediate post-workout carbs in the form of white rice or fruit juice. Then, about an hour later, I have my proper breakfast of a green smoothie. Here's a Spinach Colada Smoothie with pineapple, coconut water, banana, spinach, flaked coconut, and walnuts. 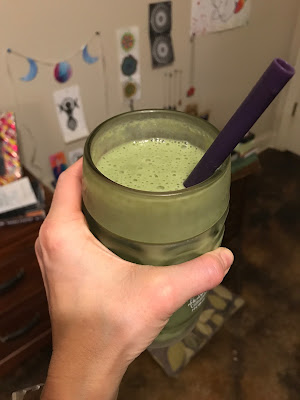 And here's a Pumpkin Pie Smoothie with pureed pumpkin, banana, and walnuts. No greens this time. And I added a little Reddi Whip coconut whip because pumpkin NEEDS whipped cream. 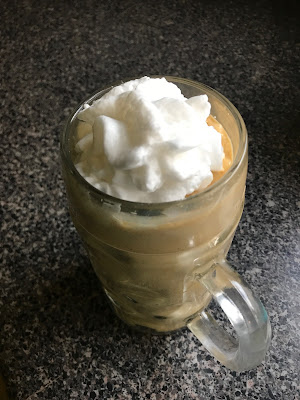 I made a great chili for dinner this week. The recipe was from More Fabulous Beans, an older cookbook from Book Publishing Co. (my publisher) by Barb Bloomfield. The recipe was called Kidney Bean Pepper Chili, and it has kidney beans, corn, tomatoes, celery, peppers, and onions, plus dried ancho chiles. The recipe was already low-oil, but I made it oil-free because I rarely cook with oil anymore. Topped with Tofutti sour cream! 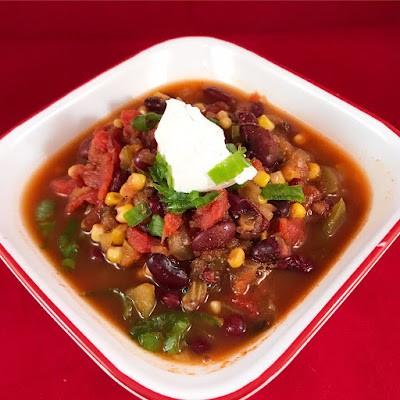 Barb is a really cool lady who lives on The Farm in Summertown, Tennessee (where my publisher is located). I've stayed at her house a few times on visits to The Farm (if you're not familiar, it's a former commune-turned-intentional community in Middle Tennessee, and most people there are vegan or vegetarian).

The next day, Paul and I had leftover chili over baked potatoes. Very good! 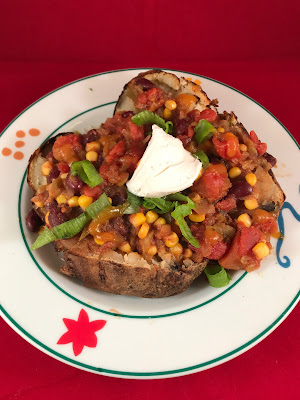 And here's a bowl I ate last week at my desk at work. It has quinoa, sauteed kale and squash, chickpeas, and tahini dressing. 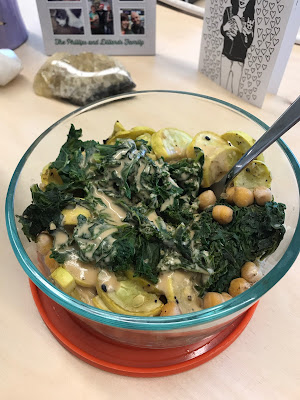 I love chili (though mine is always made with zero spice) on a baked potato. It is such a perfect combination.

Yum the chili on the baked potato is my kind of meal! Especially with vegan sour cream!

I'm not a big smoothie person but the pumpkin pie smoothie is calling my name!!!