Yesterday was the Winter Solstice, the longest night of year! And that means from here on out, the days will get longer and longer, and the nights will get shorter. I always do a little Solstice celebration with lots of yummy food. And afterward, the pets get to open their Solstice gifts.

I started yesterday morning with a 5-mile run, followed by a Holiday Nog Protein Smoothie. 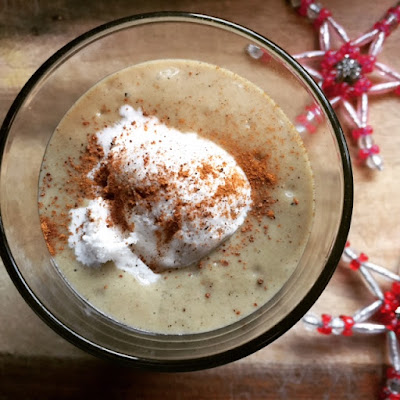 This smoothie was so amazing that I had to have another one this morning! It's made with 1/2 cup of Califia Farms Holiday Nog (the best!), 1/2 cup So Delicious Unsweetened Vanilla Coconut Yogurt, 1/2 frozen banana, 1 chopped Bosc pear, 1 scoop Nutiva Superfood Shake Vanilla protein powder, and a sprinkle of cinnamon and nutmeg. Topped with So Delicious CocoWhip!

A few weeks back, I ordered the Goddess Provisions Winter Solstice box, and I used most of the magical Solstice items throughout the day (Frisky Fish frankincense oil blend, House of Good Vibes Winter Solstice candle, Dark Exact cleansing kit, Moon Souls Solar Soak bath salts). Around 3-ish, I enjoyed the ZenBunni MoonJuice chocolate at my desk at work. This was a dark chocolate square made with biodynamic and organic phycocyanin-infused salt, 70% cacao, maple crystals, and cane jaggery. Amazing! Salted chocolate is the best! Btw, I keep yellow fluorite on my desk for focus, pyrite for success, and quartz because it's just generally amazing. 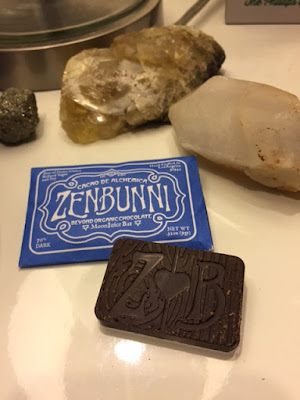 For my Solstice feast, I made the Baked Spaghetti Squash from Cooking By the Seasons. This was spaghetti squash mixed with garlic-simmered roma tomatoes and topped with fresh basil. On the side, I had some Wild Garden Couscous & Chickpea Pilaf (more on that in an upcoming review post) and a green salad with tofu. 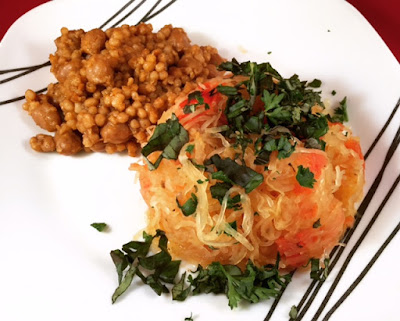 After dinner, it was time to give the pets their gifts! Maynard got a big ole chew bone. No, he's not vegan. And as much as I hate to give him rawhide, it's literally the only chew toy he can safely have. Maynard is a serious chewer, and he's been known to eat plastic toys. A few years back, he had to have surgery after he swallowed a large chunk of an Extreme Kong. 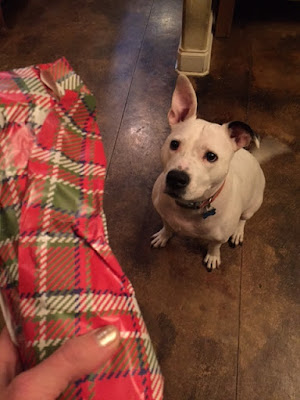 The cats got some new catnip toys and balls. They weren't that interested in their toys until I poured a bunch of straight catnip all over the floor. And then they were totally high! Here's Akasha, Ozzy, Gelfling, and Polaris. 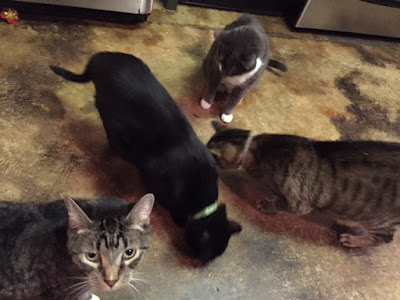 And Pandora was rolling around in catnip. 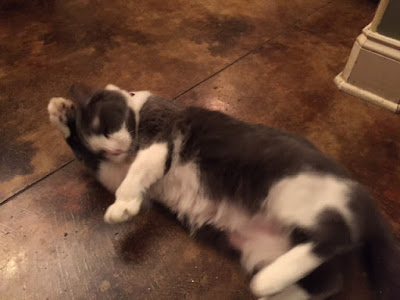 Even Seymour — my shy kitty who lives above the kitchen cabinets — got into it! 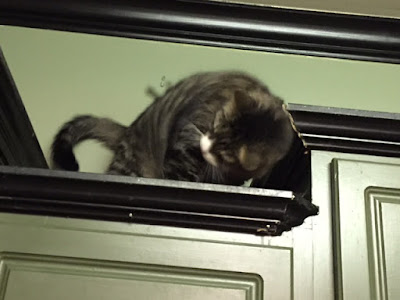 Happy Solstice, y'all! And happy holidays! I'll be back with a full Christmas report on Monday night!
Posted by Bianca at 11:13 PM

Happy Holidays to you and Paul and your adorable fur babies!!!

Awww, Seymour. Does he ever come down from the cabinets?

Love the sound of that smoothie! We can't get nog over here but I've been making one from cashews and coconut milk that's is so good. Happy festive season xxxx

Please help me, Bianca! I am a Nashvillian born in Alabama and need some southern girl help! I am currently caring for my ill mother and would like to make a nice southern breakfast for her Christmas morning but none of the gravy recipes I've found are anything like good old biscuits and gravy. I've enjoyed reading your blog for years and trying out your recipes (so creative and good, I've even gotten my mom to drink a vega shake each day with your descriptions!) I just need another southern girl who loves gravy to help me figure out how to make it (no access to nutritional yeast this weekend, FYI) thanks!🦄

Hi Janna! So sorry, but I'm just now seeing this comment. Didn't check the blog over the holidays. If you still want to try a good gravy recipe post-Christmas, shoot me an email (phillipsbianca AT gmail DOT com), and I can send you my recipe from Cookin' Crunk. It's my go-to.

Coco4ever, hahaha, actually no. Seymour hasn't come down in YEARS! He has food, water, and even a litter box up there, a concession I had to make when I realized he wasn't planning to come down anymore. He's a very strange cat.