Thanksgiving Recap (Or Tale of an Unturkey Butt)

Thanksgiving has come and gone. It's one of my favorite holidays because I can eat with reckless abandon and not feel even the slightest twinge of food guilt. Any day that equates eating my mama's famous vegan dressin' with showing how grateful we are for all the good stuff in our lives is fine by me.

Most years, we have a very small family gathering at my parents' house in Jonesboro, Arkansas. It's usually just me and Paul, my mama and daddy, my me-maw, and my granny. But this year, we had some extra company. I invited my vegan friend Cassi, who lives down the street from me in Memphis, and my vegan cousin Tiffaney, my vegan aunt Nancy, my not-vegan uncle Mike, and Tiffaney's not-vegan friend Tim joined us. Read Cassi's recap of Thanksgiving on her blog, The Pretty in Pink Vegan.

So it was a very vegan Thanksgiving! Of course, even when I'm the only vegan, my mama still makes all the sides vegan, and we have both a dead bird and a vegan turkey alternative. But it was nice this year not being the only herbivore at the table.

Cassi ordered the Vegetarian Plus Vegan Whole Turkey, which comes with stuffing and gravy, from Imagine Vegan Cafe. They were taking orders a few weeks back, and she placed hers. It was our first time trying this brand. The turkey is made from textured soy protein, and it looks like a whole turkey — drumsticks, wings, and all. And the best part? There's a hole in its butt where you put the stuffing! Here we are stuffing our un-turkey. 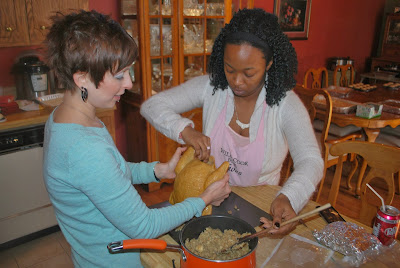 And here's the finished product, fresh out of the oven. Taste-wise, the "meat" didn't have as much flavor as, say, Tofurky or Field Roast, but the gravy fixed that. And the texture was a little more moist than those brands too. But it was really fibrous, and I'd imagine this is close to what turkey tastes like. The skin gets nice and crispy in the oven. 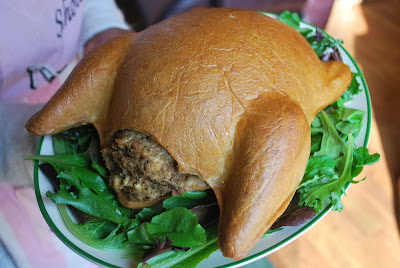 The turkey came with a bag of Stuffing mix, and there was a little extra after stuffing its butt. 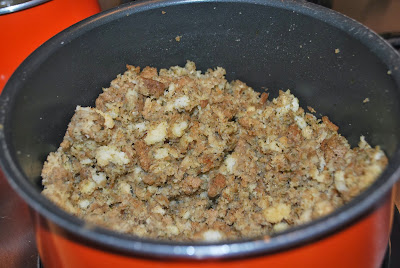 We don't typically have stuffing at Thanksgiving 'cause that's not really how we do down south. But I like stuffing, and I ate a good bit of this. But down here, a Thanksgiving isn't a Thanksgiving without Cornbread Dressin', and my mama makes the best dressin' in the world. In case you don't know the difference, dressin' is cornbread-based and tends to be moist and creamy. Stuffing is made from torn-up bits of bread and has a drier consistency. 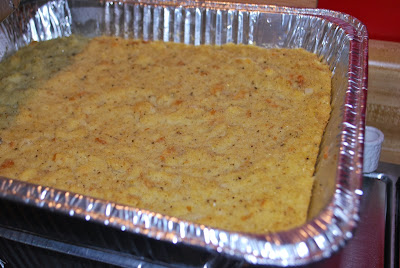 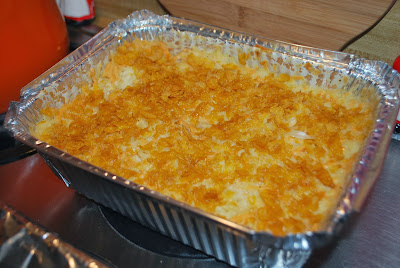 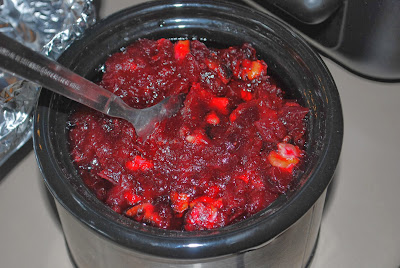 And she made Dilled Carrots. 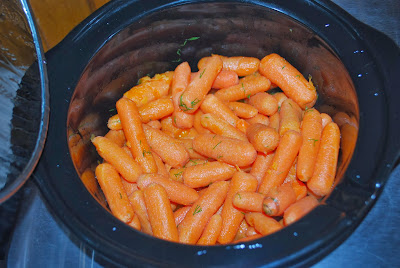 And mama made some Spicy Sweet Potatoes with sriracha and cilantro. 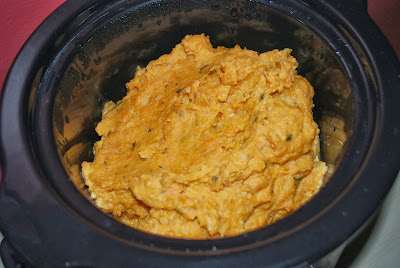 We had a Salad with Asian Pears, Pecans, and Vinaigrette. 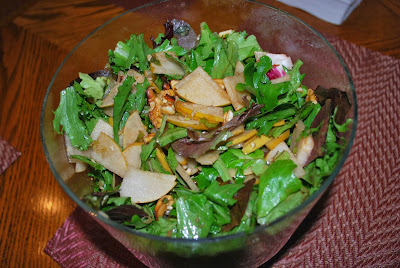 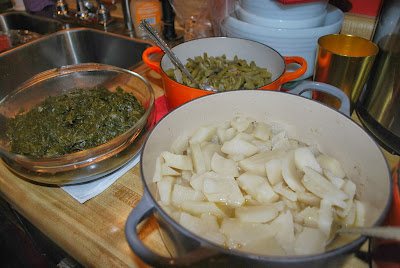 And some Corn on the Cob. 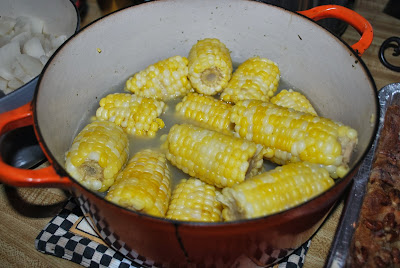 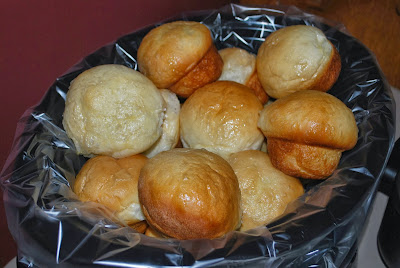 For dessert, mama made a Vegan Dump Cake, which could use a better name. It's cherry pie filling, pineapple, vegan cake mix, coconut, and pecans. So good! You just dump all that stuff (hence the name) in a baking dish and bake without stirring. 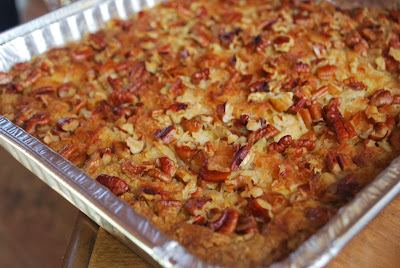 Cassi and I made the Classic Pecan Pie from Pies and Tarts with Heart. It was really tasty, but some of the sugar somehow seeped through the crust while it was baking, making it nearly impossible to lift the slices out of the pie pan. The sugar was like glue! But once we got our slices out, they were excellent with vegan ice cream. 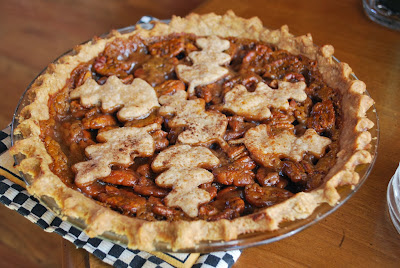 That's it! I was stuffed after that meal, and I've been having leftovers for days!
Posted by Bianca at 11:48 PM

It all looks so amazing. I need to find some American vegan friends in Brisbane so they can invite me to their Thanksgiving. ;)

You and this unturkey butt! I swear lol

What a spread! Looks like there was plenty for the slightly larger crowd. I hope yr grandmother had help hauling out those turnips, greens, green beans, and corn :)
Isn't dressing basically stuffing?

I dunno, that turkey is a little too creepy to me.

That said, try to swing by TJ's during the holiday season. They have a stuffed roast un-turkey that is AMAZING. But it will probably be gone after Dec 25.

Wow, what a feast!! Everything looks so incredible and I've never seen an unturkey like that! How cool! All of the sides look delicious and the desserts look like a perfect ending to a delicious meal. I bet it was definitely nice to have some more vegans at the table with you as well :)

What a feast! I wish Thanksgiving was such a big deal in Canada too and I could have a vegan spread like this.

I'll definitely check out those recipes from your cookbook.

Can you pass along the recipe for your dump cake? I've attempted Googling with mixed results and would love to know how you make yours!